Iran Travel Hack: Stunning Places to Go in Each Season

Iran has so many stunning places to visit such as incredible ancient sites, mesmerizing mosques, historic bazaars, spectacular gardens, and natural wonders. Ranked eighteenth in size among the countries of the world, Iran is a vast country with a variable climate. Just look at it on the map, and you feel its hugeness closely. Want a detailed comparison? Iran is 4.56 times as big as Germany, 6.71 times as big as the United Kingdom, and 4.31 times as big as Japan. Iran is only 4% smaller than Alaska, the largest state in the United States. The good news is that there is no hurricane, typhoon, tsunami, and severe weather season or any no-no traveling time in term of climate to afraid of.

Iran is a 4-season country and every season or even every month of the year has its particular great place to visit. The seasons stretch from the sub-freezing winters of Shahr-e Kord and Tabriz in the west and the northwest to the tropical islands of Qeshm and Kish in the extreme south. It’s no secret that some travelers don’t like the cold weather and prefer a good temperature in the high seasons even despite the high prices.

For snow enthusiasts and those looking for top ski resorts to those interested in hours of sightseeing in ancient sites and looking for cool weather temperature, Iran has a special time for every curious traveler to enjoy and relax. Each season also has its cultural elements such as special foods and festivals. So if you want an answer to this common question: Where are the best Iran cities to go each season? The short answer is “Iran is a year-round destination and each season in Iran could be great in its own way”. Let’s get into this great seasonal guide and look at your options in each season in Iran.

Spring in Iran officially lasts from about late-March to late-June. It’s the Iranian’s favorite season. Their 15-day holidays start with spring. Spring is also the season of Iranian most important festival, the celebration of Nowruz. It’s also the high season of domestic travels, but crowds disappear after the holidays. The weather in spring is very pleasant throughout Iran in general, but nights may still be a little cold in the March and early-April. This means you can go everywhere in the country. Yes! I mean EVERYWHERE! It’s the best season for foreign travelers who are interested in city walking and sightseeing. Just look at the temperature in spring. These are awesome!

Fall (Autumn) in Iran officially lasts from about late-September to early-December.

Fall is the low season of domestic travels. Schools get open in late-September, and there is no major holiday for long trips until the Nowruz. But the temperature starts to drop and is great for about two months. The weather is still hot in the south of the country but relatively pleasant to the center and north where major tourist cities located. There is no major festival in this season. Fall is also another foreigners’ favorite time to visit Iran. 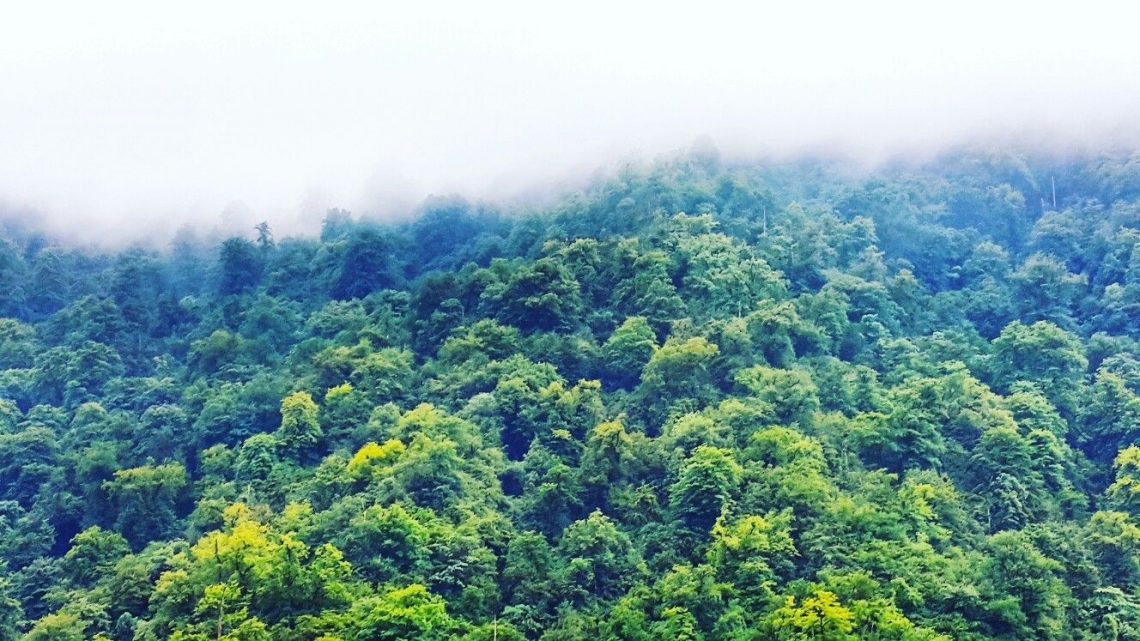 Must visit destinations during spring and fall

To have a pleasant walk in stunning historic and ancient sites a comfortable temperature and no intense crowd is a must. This spring and fall are great seasons for those travelers who are interested in city walking and sightseeing. So head to the major cities including Isfahan, Shiraz, Tehran, Yazd, Kashan, and enjoy their stunning ancient palaces, gardens, mosques, and bazaars. Persepolis and Pasargadae in Shiraz to see the glory of old Persia, Golestan Palace in Tehran, Naghsh-e Jahan Square in Isfahan with its beautiful combination of Islamic and Persian architecture, and ancient Zoroastrian temple in Yazd, historic houses in Kashan, and beautiful bazaars in all of these cities are just a few of numerous must-be-seen places in Iran. 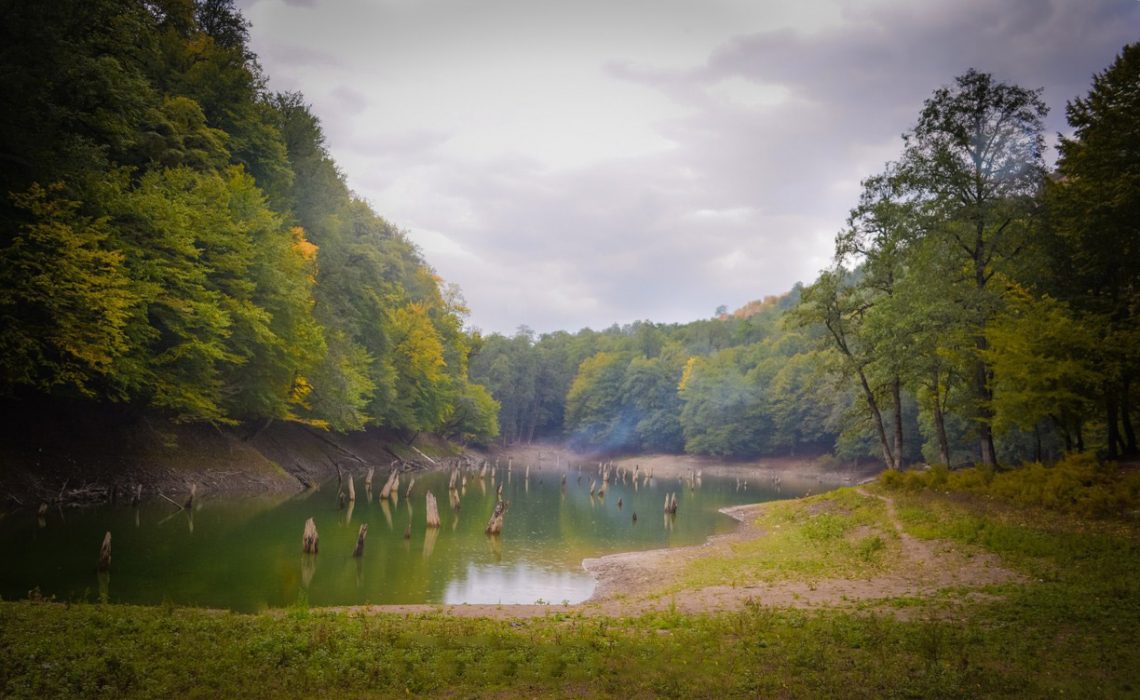 Early-spring and fall are the best seasons to visit the world’s most beautiful and spectacular deserts in Iran, The Great Salt Desert (Dasht-e Kavir) and The Emptiness Desert (Dasht-e Lut). No visit to Iran is complete without a desert experience. Head to the Maranjab, Garmeh, and Kalout deserts and enjoy the silence, calm, and relaxing atmosphere of these places. Staying in historic caravanserais or local houses, enjoying a camel ride, visiting historic sites in the heart of deserts, capturing the beauty of sunrise and sunset, and drinking a warm tea around the fire while looking at bright stars at nights, all with professional guides are just few of your experiences in a desert tour in Iran.

Summer: Head to the North

Summer in Iran officially lasts from about late-June to late September. Iran’s weather, especially in the south gets boiling for two months. While sightseeing in the south and center is a little bit exhausting in summer, the humid and mild climate of the provinces on the southern coast of the Caspian Sea including Guilan, Mazandaran, and Golestan, and also the provinces in the northwest where you’ll find spectacular forests and landscapes are great destinations. 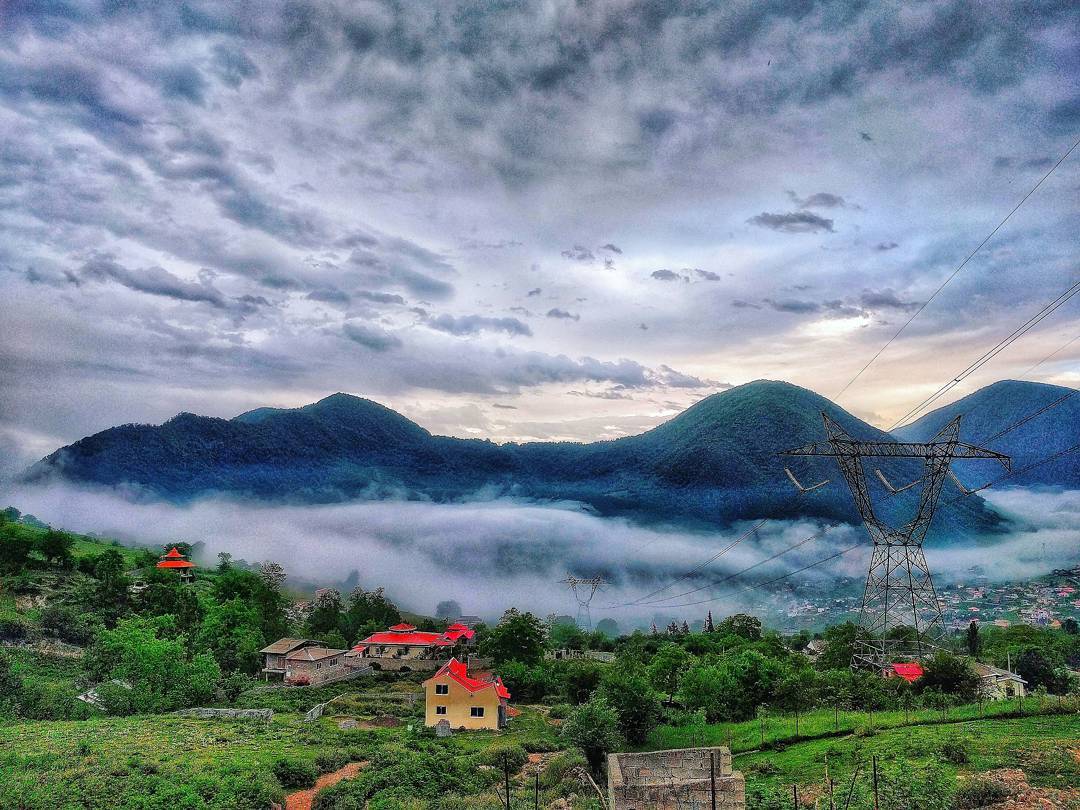 Must visit destinations during summer

Look at Iran’s map. There is a green colored area along the northern border of the country lied between the Alborz Mountain Ranges and the Caspian Sea. Covered with cool forests, snow-covered mountains, and spectacular beaches, the most beautiful provinces of Iran located in this area along the Caspian Sea, namely Guilan, Mazandaran, and Golestan. Mild weather and beautiful landscapes in these provinces made them the main destinations of domestic travels during summer.

Nothing is more relaxing and peaceful than enjoying the view of a forest, and nothing makes a photographer more excited than a mysterious foggy forest. The region’s most beautiful cities are Rasht, Anzali, Lahijan, Babol, Sari, Chaloos, and Ramsar. Head to Masuleh, an ancient village, 1.5-hour drive from Rasht and enjoy its beautiful architecture and wonderful nature.

Read also: How many days to visit Iran?

Winter in Iran officially lasts from about late-December to late-March. In general, you’ll find far fewer tourists visit Iran in winter, and it means fewer queues, no crowds and cheaper rates everywhere. The first snow usually falls in late-November. The temperature significantly drops down to average 37 °F (in Tehran) in January and rises to 59 °F in the middle of March. Southern islands including Qeshm and Kish with the average temperature of 65 °F in winter are the main destinations of domestic travelers during this season. In winter snow enthusiasts will find skiing and snowboarding in the fresh powder in amazing ski resorts with awesome accommodation in Iran.

Must visit destinations during winter

The Persian Gulf with its beautiful islands is a great destination for a winter trip. The weather temperature is ideally comfortable and pleasant. Qeshm and Kish are the most popular destinations along the Persian Gulf and Oman Sea. They are famous for their richness in terms of ecotourism and geotourism. Qeshm, the largest island in the Persian Gulf and its three small adjacent islands, Hengam, Larak, and Hormuz (Naz Islands) the less discovered destinations in Iran are famous for their cultural heritages including traditional Bandari villages, dresses, and houses cooled by wind-catchers, unique wildlife such as dolphins, Gazelles, birds, and turtles, and natural wonders including The Qeshm Geopark, Kharbas Caves, Hara Forest, Valley of the Stars, Namakdan Salt Cave, and Mangroves. There is also a Portuguese Castle date back to 16th century when they seized Qeshm.

If you passionate about skiing and snowboarding in the fresh powder, you must visit Iran in winter. The ski season begins from the November and surprisingly lasts to late-May in some Iran’s ski resorts. According to New York Post, it’s time to skip the Alps and ski in Iran. Located 2,650 meters up the Alborz Mountains and just two hours from Tehran, Dizin the largest ski resort in Iran is waiting with the fantastic snow quality as similar to that of the Rockies and plenty of carving space and gentle slopes. The facilities including two hotels and numerous cottages and private rental apartments are capable of accommodating hundreds of people every day. Shemshak is another popular ski resort with the several slopes even steeper than Dizin’s. It’s also located in the Alborz Mountains and easily accessible from the capital.