Museums in Tehran; History in Mid-Town

The very name of “Museum” immediately takes our minds to culture, history, heritage, and art and which land is more packed with all of that than the region of Aryans – Iran. Marks of human influence of a couple of thousand years, countless dynasties emerging and vanishing and while doing so also upholding unique ideologies and thought-processes, the advent of world-conquering religions and prophesized intellectuals, and standing at the midst of Eurasian road in the best geographical location possible have all blessed Iran with a broad spectrum of ethnic groups, world-class monuments and heritage sites, exceptional traditions and beliefs, game-of-thrones like epic stories and heroes, and tons of mind-blowing archeological items scattered throughout its soil.

To preserve these unbelievably high-value social, cultural, and historical treasures, museums in pretty much every city in Iran, especially museums in Tehran, have risen up as hubs for art-lovers to relive and examine the true heritage of old Persia.

The list of museums in Tehran can go on for pages and won’t certainly fit into just one writing. However, to cover the very best, we’ll try to guide you to the most important ones and if you found yourself in need of more information, feel free to contact us at any time.

A surfeit of unusual yet globally-famous treasures and jewels rest in the immensely-protected Treasury of National Jewels inside Central Bank of Iran, Tehran; this is a pure cultural gym at the heart of Tehran.

The gem-encrusted items and jewel-studded exotic regalia of past Iranian Shah and Queens are just some of the mind-blowing objects you will find at the stands in this museum, which, by the way, is more like an enormous well-lit underground safe box, or a vault if you prefer. These items reflect the sad, the happy, the enraging, and proud moments of Iran’s up-and-down past and memoirs of how powerful or weak kings and dynasties altered the course of this land’s history. 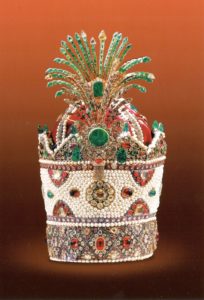 The way to get to this museum, which is one of the best museums in Tehran, is pretty much straightforward, with little confusion and misdirection. The museum is located at Istanbul Intersection, mid-city Tehran. Three busy and important metro stations surround the museum from different angles. Saadi station halfway through Tehran’s red-colored metro route which its entrance comes out of the ground only 200 meters to the East of the museum. Ferdowsi station, at the middle of the yellow-hued metro route, to the north and at the beginning of the street with the same name, and Imam Khomeini Station, which is only a few intersections to the south and also another stopping point in Tehran’s red metro route is another alternative.

The value of items stored in “Jewel’s Museum” is far beyond simple economic measure since some of the most exalted and ornate gemstone of the world are kept safe in this cavernous vault, such as the uncut pink diamond of Darya-ye-Noor (182 Carats), the Peacock Throne of Takhte Tavous (or the Sun Throne) and other enchanting royal adornments of Safavid, Qajar, and Pahlavi era whose monarchs were quite fund of garnishing their belongings with draw-dropping sumptuous gems and pearls. Although a handful of rare and overwhelming national jewels and stones were lost in history or ended up at the castles of other monarchs, what remains of Iran’s National Jewels outpour enough grandeur to turn one of the best museums in Tehran into a not-to-miss stop in your travel plans.

Also check out: Shopping in Tehran 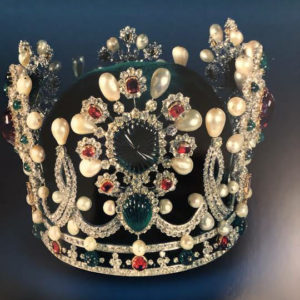 The national jewelry treasury in Tehran

The truth of the matter is that the only sightworthy objects of Tehran’s Glassware and Ceramic Museum, or publicly known as Abgineh Museum, aren’t confined inside the main building’s walls and chambers, and there is more to this marvel other than its thousands-of-years magnificent ceramic and glassblowing items. 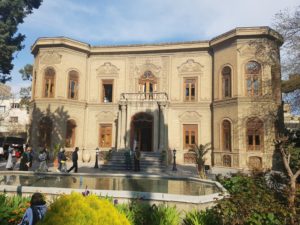 You’re walk-up on the paved alley to the main door is going to be challenging as you will find yourself drowned in the beauty of a 7000 square meters garden – which is simply a world-class miniature example of renowned Persian Gardens – while gradually strolling through many sky-penetrating trees, a heart-warming atmosphere, and fabulous green-life surrounding leading up to the main building. None of these eye-candies will come close to the exterior look of the mansion, however, which is a healthy mix of both Iranian architecture and European designing. 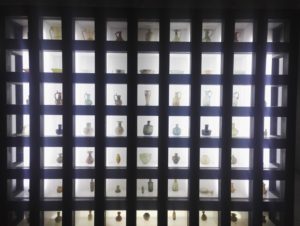 Throughout its near-a-century lifespan, the Abgineh building has seen many owners and has surrendered unconditionally to their will. From providing residence for 30 years to the former distinguished Iranian politician and prime minister in 1915, Ahmad Qavam or Qavam al-Saltaneh, to serving as the Egyptian Embassy Office only to be bought later on by a commercial bank after relations melt-down between the two governments in 1976 to being purchased by the Queen Farah herself and transformed into a national museum in 1980, the Abgineh Museum has seen its fair share of different domestic and foreign owners.

Also check out: Things to do in Tehran for free 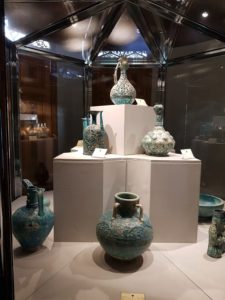 The main building is absolute architectural merit, and the reason is not hard to spot since it represents the best features of old Persian design and European style combined. It’s a prodigy of 1040 square meters structure built on two stories of octagonal shape with eye-catching Persian pillars and a basement. Though the European and western architecture is too damn visible to ignore still breathtaking Iranian stucco work, mirror artwork, and precise carvings can be tracked all over the main building and museum entrance. Inside the mansion, spiral wooden staircases of Russian origins bridge the first floor to the second one. Before going up these staircases, you will notice the difference between the rooms from traditional Persian ones and the fact that instead of wooden doors, double-glazed glasses have been put to use to preserve room temperature and guide light into the building.

Exquisite and historical Persian rugs can’t only be found in houses of wealthy western families and multi-storied museums of any other country than Iran. Oh, no, sir! Despite years of neglect and cultural plunder, which ended in many of the very best Persian rugs transported off-shore, a good number of well-preserved and culturally-irreplaceable rugs, or Farsh or Ghali in Farsi,  still are being kept on walls and floors of Tehran’s Carpet Museum.

Also check out: Things to do in Tehran 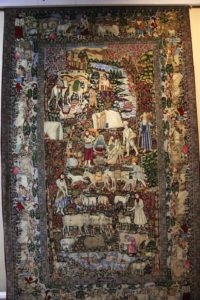 If you take a Snapp (Iranian Uber) to Laleh Park in mid-town Tehran, which by the way holds the most cultural-hubs of the city and with it and a hectic daily traffic, you will not only get the chance to visit this museum but to meet Iran’s new digital-age Millennials and hippy/punk looking youth who have chosen to break away from boring traditional Islamic rules and government. 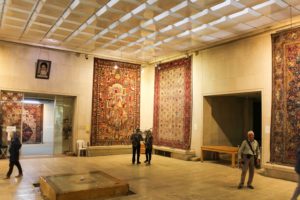 The main building offers a unique design that was built by the hands of a very famous Persian architecture by the name of Abdol-Aziz Mirza Farmanfarmaian back in old Shah’s times. It’s said that the former queen of Iran, Queen Farah Diba, had a hand in designing this masterpiece too. That being said, the exterior of the main building was designed in such a way to example threads on a loom -something Iranians are well acquainted with and runs deep in the country’s history – and had some geographical merits to it as well; the falling shadows of the big loom pleasantly cool down the interior of the structure in Tehran’s blazing summers.

However, the interior of this museum in Tehran is cool enough to give you the chills. The ground floor is where all the 150 exquisite handmade carpets have been permanently and professionally laid or hung for display, in semi-chronological and counterclockwise order, and the upper level is dedicated to temporary gallery shows and carpet-related exhibitions.

You might just be in luck since no Persian rugs made before the Seljuk era have survived Persia’s harsh history, or else you would’ve needed hours to do a complete tour of one of the museums in Tehran, packed with historical treasures. There are tons of precious carpets illuminating the first floor with their beautiful artwork and striking patterns, all of them from main powerhouses of this Bronze Age tradition like Kashan, Isfahan, Tabriz, Khorasan, Kurdistan and even ancient Persian tribes like the Bakhtiari tribe, each of whom need a complete book to cover their beauty and history. But, possibly the most noteworthy of them all, the marvelous replica of the Pazyryck rug (the oldest discovered carpet which is showed in The State Hermitage Museum, St Petersburg, Russia) pops up first as you enter the storehouse.

If you want to see the best of the modern-age museums in Tehran and immerse in newer perspectives of life and enjoy the talent of avant-garde and forward-thinking Persian and western artists, then you should make time out of your busy schedule of hunting through the capital of Iran and make a visit to its Museum of Contemporary Art. Yet another example of Iran’s late queen effort to cultivate the cultural aspects of the Persian lifestyle, this museum in Tehran stands today to showcase the best artistic works of numerous masterminds, one of them being the statue of the Queen herself which didn’t make it through the 1979 Islamic revolution. 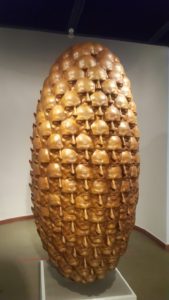 Knowing this, it shouldn’t sound much ironic that the brain behind the main structure was named Kamran Diba, Queen’s cousin, who skillfully mixed the modern architectural engineering with the design of globally-known Persian wind catchers to create an unforgettable entrance to a mesmerizing world of his colleagues’ curio. Over 3000 artwork of an extraordinary league of artists such as Picasso, Matisse, Van Gogh, Miró, Dalí, Bacon, Pollock, Monet, Munch, Moore, and Warhol are displayed in this museum, also known as the TMoCA, are usually put for display in a somewhat unpredictable timetable so don’t feel disappointed if you don’t get to see all the exceptional items. Also, time to time art-related exhibitions and gatherings in this museum in Tehran attracts respected people and aestheticians to its underground halls. 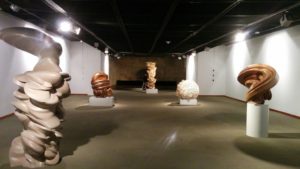 Being under renovation at the time being, it’s still unclear when Iran’s most significant museum will accept enthusiasts again. However, don’t be put off since as soon as it’s operational again, it will satisfy all of your expectations and put you in the row of happy visitors commenting about how unexpected, fantastic, and mind-boggling their experience of Tehran’s Museum of Contemporary art turned out to be.

Time is something that you can easily be stripped of while you’re staying in Tehran, because of it being the massive metropolitan capital and industrial core of a middle-eastern country busy with growth and keeping up with the world. While losing time in Tehran has become rather ordinary for Iranians and more like a social-matter to bitch about, places like the time museum in Tehran are examples of some few locations that you can really cherish the real value of time and preserve it while taking in some culture and history of Iran as well. Here, time stops! 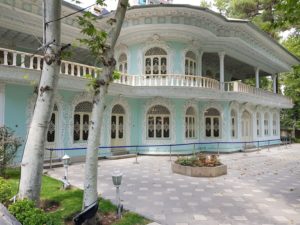 Where most conventional museums in Tehran can be tracked down to mid-town or lower parts, surprisingly, this one is situated in a very classy up-town district called Zafaraniyeh, deep in its famously twisted and rather-quiet streets.

If the clock is something your bedside or wrist have been missing for a long time, this museum is the best place for you to fantasize about how would the artistically and masterfully designed and built watches look in your personal collection and regret the fact that you can’t take one of these high-value objects in fully-secured displays home with you.

What is one of the most famous museums in Iran?

The National Jewelry Treasury Museum in Tehran is one of the most famous museums in Iran.

What hotels are near Carpet Museum of Iran?

What attractions are near The National Jewelry Treasury? 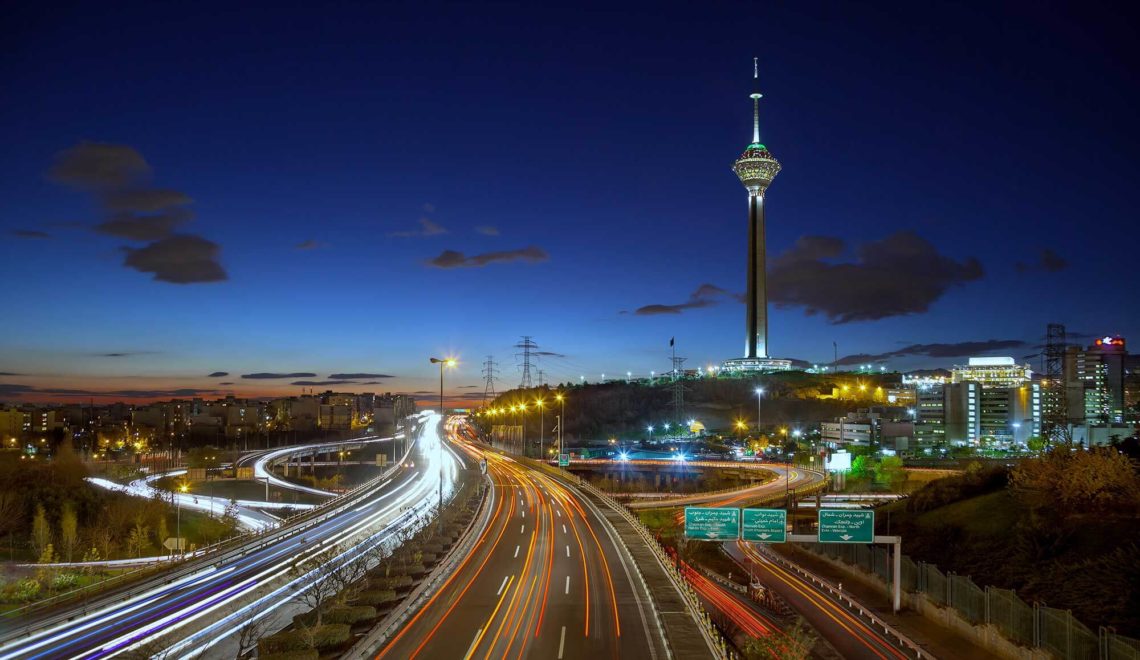 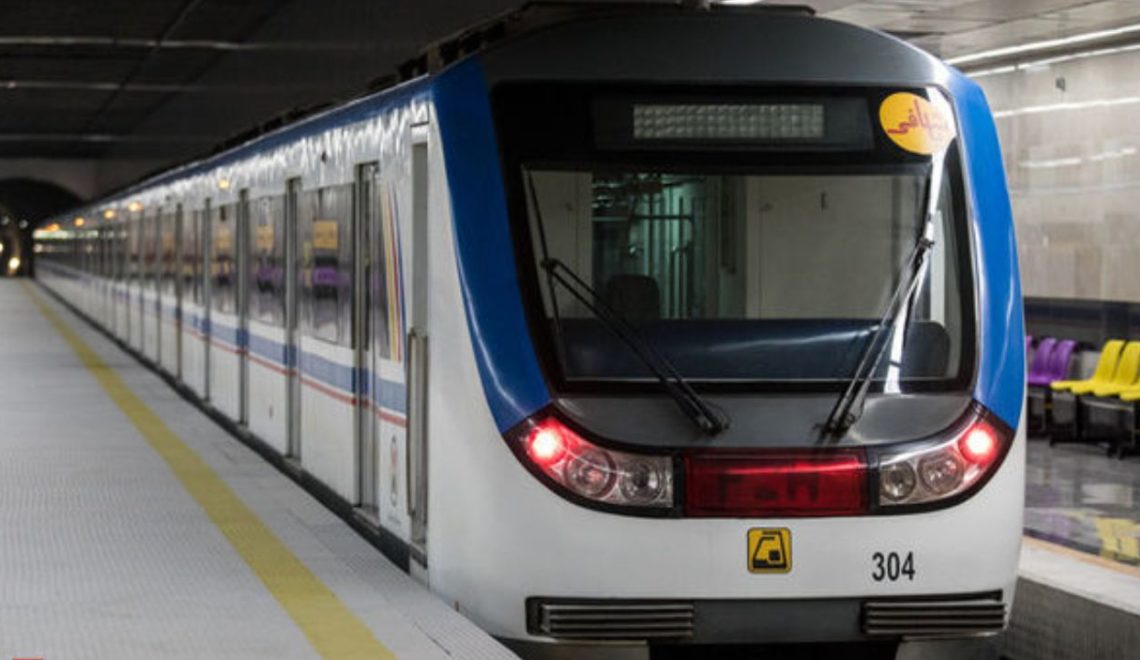 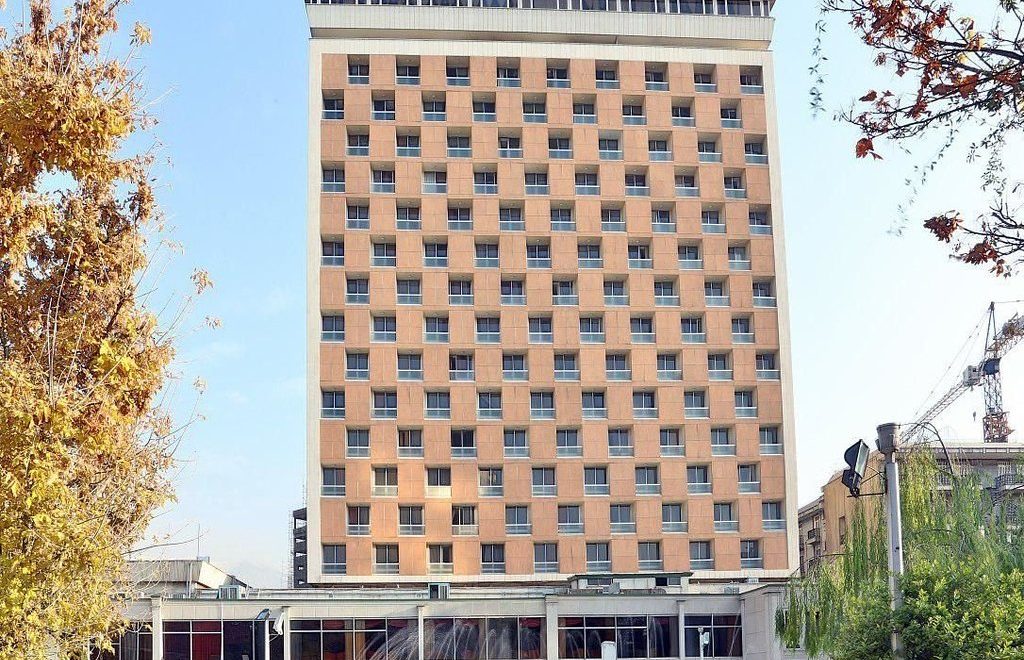