“British citizens traveling to Iran freely and visa-free alongside a couple of their American and Canadian friends” can probably be dubbed as the dullest and in the same time most tragically painful joke that you could imagine telling a British citizen, or any citizen of the other two nationalities, who loves to travel to Iran; its even harder than getting up early in the morning. At the time of this writing, the process of getting an Iranian visa for British citizens, and their mischievous friends, match the hassle and the sweat of climbing Mount Everest since both of them will leave you breathless. It’s nothing less of a Pandora box.

However, despite all that, if you contact the right Iranian travel agency and go through the process one step at a time with utmost patience and decision, the hardship of getting an Iran visa will tone down considerably and you’ll get your visa in an eye-shut, hassle-free.

How to get an Iranian visa for UK Citizens?

“You should make your Iran visa application well in advance of your date of travel” is the hit phrase of Google when you look up the term “Iranian visa for British Citizens”, and they do have a point. There are two types of Iranian visa for British Citizens to apply for; an e-visa or a VOA (Visa on Arrival). While the second option gives British Citizens a faster opportunity to receive an Iranian visa on the spot at the airport, random complications in the visa-issuing process sometimes lead to denial of entry and frustration and a waste of money on flight tickets. For this reason, we too strongly suggest that you apply for a visa before arriving at Iran borders.

How to get an Iranian visa for British Citizens

The more traditional time-consuming path to an Iranian visa is to apply to an Iranian Embassy in your city, also, the only viable option at the time being. British Citizens applying for Iranian visa must travel to the country as part of a confirmed organized tour. After selecting their desired itinerary, tour program, and Iranian travel agency, they have to send their documents to the travel agency. Don’t forget that no British citizens are allowed inside Iran without a confirmed itinerary from an Iranian travel agency and appointed travel guide; this guide needs to pick them up at their arrival and be with them throughout their entire journey. This doesn’t mean that British Citizens can’t roam around freely in cities of Iran but their guide must always know about their whereabouts and be in touch with them.

Travel agencies like 1stQuest.com flawlessly provide travel itineraries for this class of travelers, on top of providing Iranian visas for British Citizens, and are 24/7 available for any question or piece of extra information. After selecting their desired itinerary, picking out the dates, and sending the necessary documents to an Iranian travel agency, they will receive an authorization code from that agency which by no means they should lose it. This code is absolutely essential for getting an Iranian visa.

Requirements for getting an authorization code are as follow:

Usually, this procedure costs the applicants 90 to 145 USD and takes up to 40 days to complete, so try not to book your tickets to Iran first and then go for the visa process. 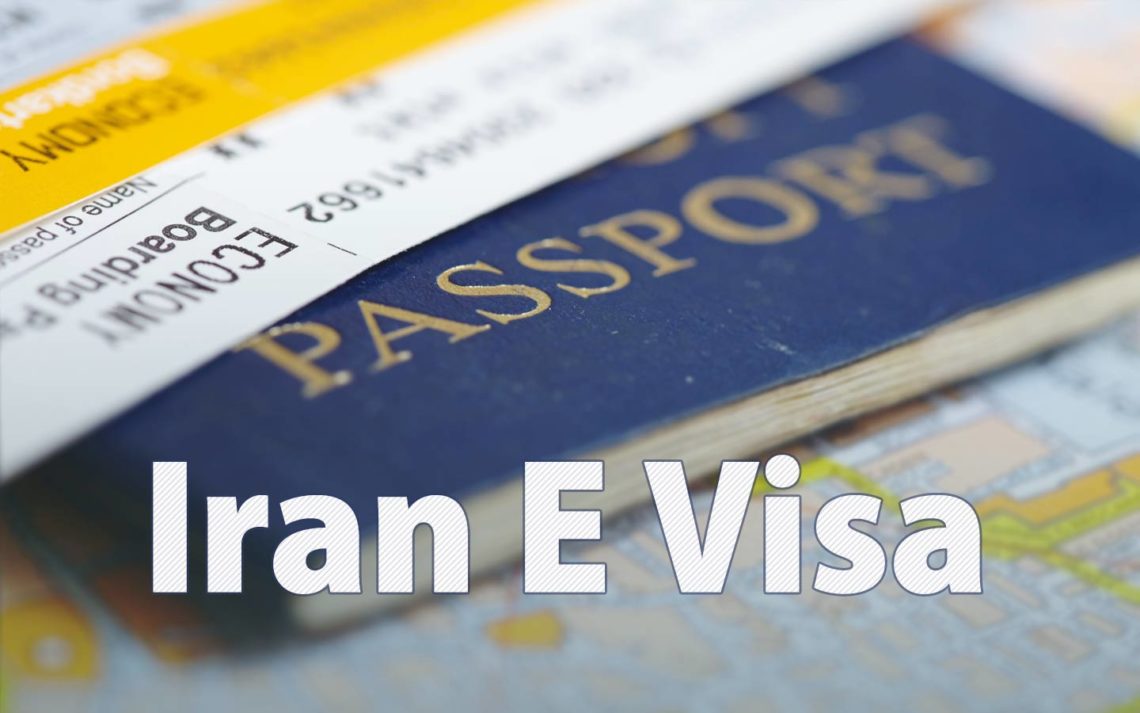 Getting an Iran e visa is said to be “mandatory” according to some sources but no one has officially confirmed this. However, e-Visa used to be the fastest way for an Iranian visa for British Citizens since the online form only takes like 5 minutes to be filled and after only two working days, the visa arrived for British nationals.

Many travel agencies and travel websites in Iran, offer to do this service for Iran-enthusiasts. Nonetheless, don’t be surprised if you found many Iranian travel agencies refusing to do such services at the time being due to political conflicts raging between the two countries.

To stay updated with the latest developments in Iran e-Visa try to constantly stay in contact with your travel agency in Iran. This way you can immediately apply for your Iranian visa through these agencies as soon as the complications are resolved and barriers blocking easy apply of Iranian visa for British Citizens are destroyed. 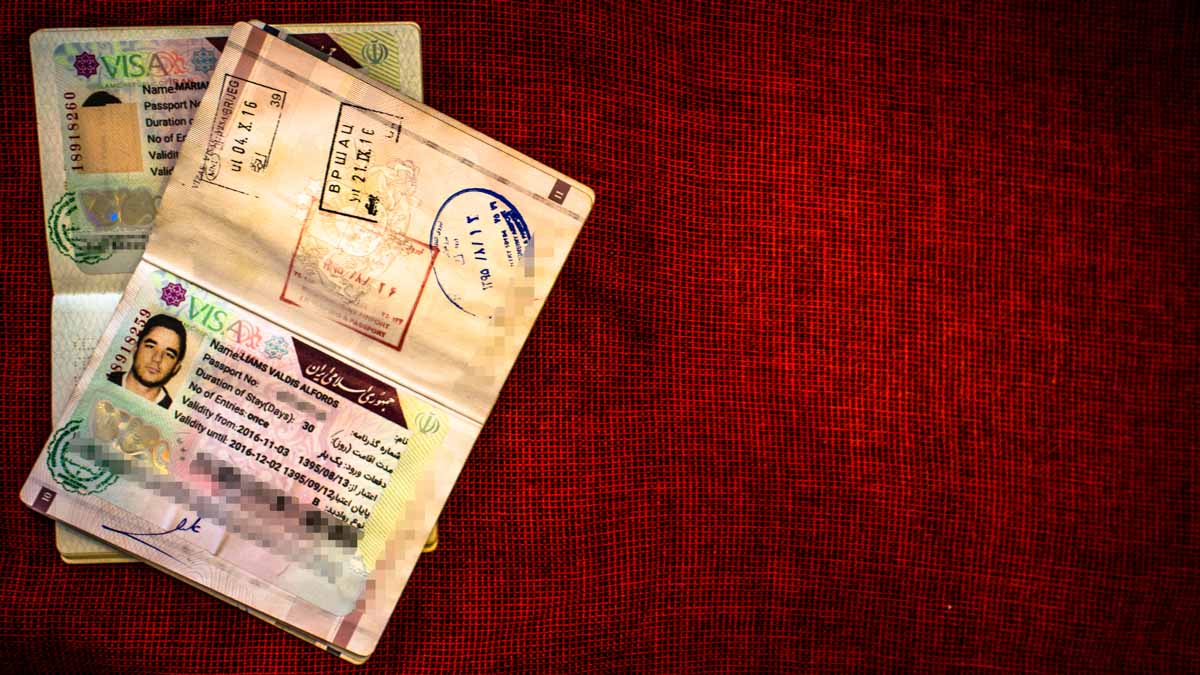 Due to broken relationships between the Iranian government and the British government, there’s no way for a British citizen to get an Iranian visa on arrival at one of the country’s international airports:

However, citizens of other countries – except for the United States and Canada of course – don’t go through these complications as British citizens do. Because of all the political tension and drama going on, getting an Iranian visa for British Citizens is getting tougher by the day.

Following is the list of documents needed for Visa on Arrival: 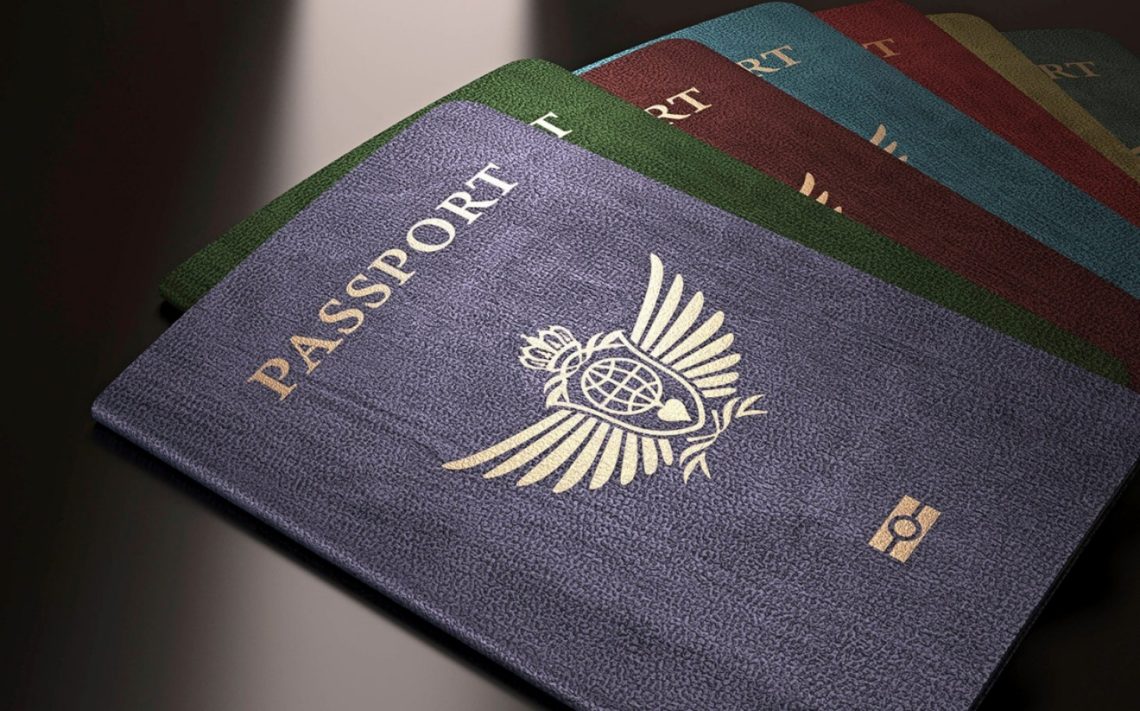 This is the part where it gets tricky. Under Iranian law, all Iranian nationals must travel to and from Iran using an Iranian passport, this includes dual Iranian British nationalities too.

Also, the Iranian government recognizes any dual Iranian-British citizens with an Iranian father to be an Iranian. What that means is that all the rules of Iranian government applies to these dual nationalities too; rules like women not being allowed to travel alone – they must either travel with their spouse or have with an official permit from their father if they’re under 18 years old – and men over the age of 18 must have completed their mandatory Iranian military service, otherwise they’d be rejected a flight back home, if they, by any chance and due to current circumstances, can get in the country. The Iranian government takes these rules seriously and there’s no way to go around it. So, if you don’t think of yourself as an Iranian citizen but your father is an Iranian, you have to check everything with your travel agency in Iran and double-check everything before booking your ticket.

UK Emergency Travel Documents or ETDs won’t come in too handy for entry to Iran, however, when you want to exit the country, they will help you out a lot. In case of your British passport getting lost, stolen or in any way damaged, the British Embassy in Tehran may be able to issue you an ETD but for more information, you need to contact them. Keep in mind that, Before leaving Iran using an ETD you’ll need to get an exit visa from the Iranian Bureau of Alien and Foreign Immigrants Affairs.

It just took a few years after the Islamic revolution back in 1979 for the Iranian government to hate the Israeli government and since then, these two have been constantly at each other’s throats and putting the heart on each other in any way they could, military or political-wise. The devastating rivalry between these countries has gone out of hand over the past decades, to the level that even having an Israeli stamp on a tourist’s passport is a big no-no for the Iranian government. If someone wants to travel to Iran and they have this stamp on their passport page, 99% they’ll be kicked out, especially if they’re a citizen of the United Kingdom. British Citizens that have stamps on their passports of countries with mutual borderlands with Israel are going to have a hard time entering Iran and there’s a high chance of denial and no Iranian visa for British Citizens under these circumstances.

Also check out: Why do Iran visa applications get rejected?

All that being said, if you’re really into traveling to Iran but you have that Israeli stamp is holding you back, the best way is to go back to your country and try to get new stamp-less passport, book your flight to Iran and at the visa office at Iran’s airport put on a down-with-Israel-face and you will just fit right in.

Iranian rules clearly state that a female parent traveling with her children must have some kind of permission, usually a verbal one, from the kids’ father to be able to take them out of Iran. Now, as shocking as that sounds in the 21st century, this is how the law works in Iran. Female British parents that want to travel to Iran must contact the nearest Iranian Embassy or Consulate for further information on this subject to avoid confusion in Iran.

Also check out: Traveling with children to Iran 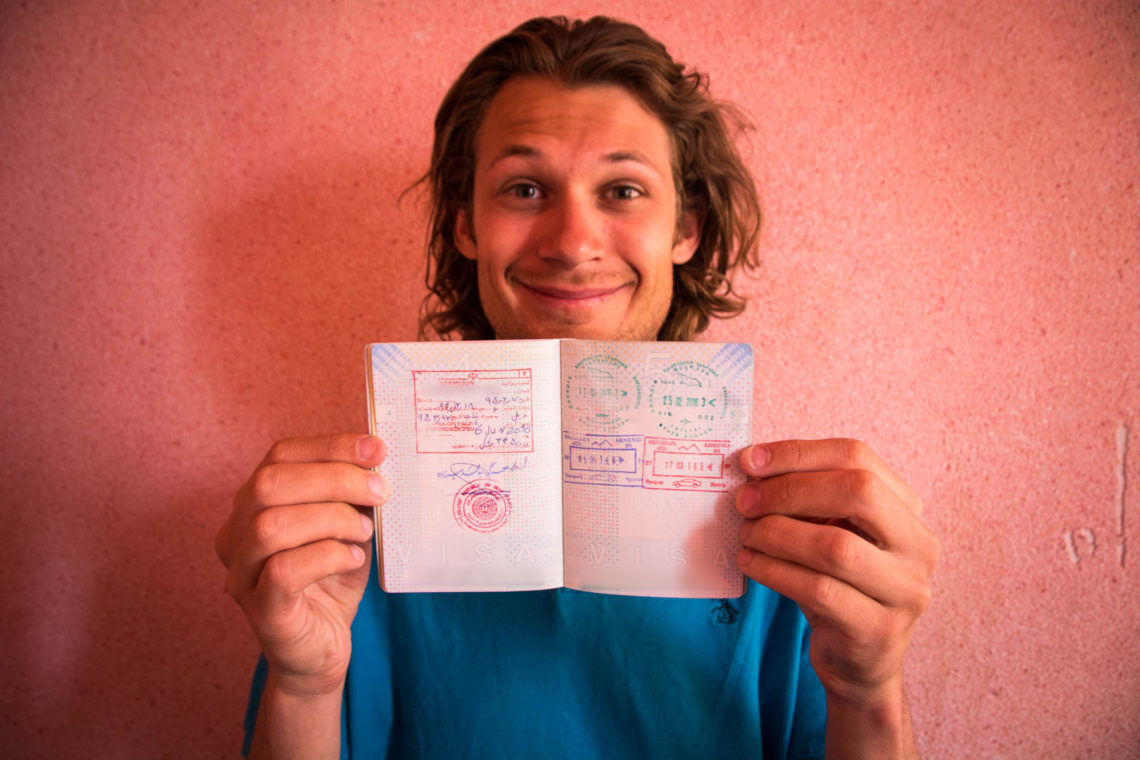 Getting an Iranian Visa for British Citizens is too damn hard on its own, so please be satisfied with it and don’t ask for more. The Iranian government seems to be thinking like us too and they’ve ruled out the possibility of visa extension for UK, US, and Canadian citizens. Also, if you’re a British citizen, be careful of your visa expiration date. If you overstay your hardly-achieved Iran visa, things get very complicated and you may have to stay in Iran until the problem is taken care of.

Also check out: Is it Possible to Extend your Iran Visa?

What’s the situation with Kish, Qeshm, and other free trade zones in Iran?

No 40 days wait before an Iranian visa for British Citizens is issued; Iran’s free trade zones are heaven for British citizens. They can enter and stay in these zones for 14 days or less by getting a visa on arrival. However, they must meet the following conditions, or they may be refused entry:

Also check out: Do I need a visa to visit Iran?

There’s a good chance that British citizens who even carefully follow these steps, get rejected. These travelers should contact their Iranian travel agency on the issue and wait until the issue is resolved.

Is Iran safe for British?

Traveling to Iran is generally safe, but British citizens should travel to Iran as part of a tour.

Can I travel to Iran as an American, British or Canadian Passport Holder?

Yes, American, British and Canadian passport holders can travel to Iran, but they need to be part of an organized tour and can not travel independently.

How can I choose a tour as a British traveler to Iran?

You can book a tour through different operations and agencies in Iran according to your budget and type of traveling you desire.

“You should make your Iranian visa application well in advance of your date of travel” is the hit phrase of Google when you look up the term “Iranian visa for British Citizens”, and they do have a point. There are two types of Iranian visa for British Citizens to apply for; an e-visa or a VOA (Visa on Arrival). While the second option gives British Citizens a faster opportunity to receive an Iranian visa on the spot at the airport, random complications in the visa-issuing process sometimes lead to denial of entry and frustration and a waste of money on flight tickets. For this reason, we too strongly suggest that you apply for a visa before arriving at Iran borders.