Traveling with children to Iran; A whole new experience for families

children; These little angels of heaven. We love them no matter what. They make our lives meaningful and more colorful until we take them on a trip. That’s when everything starts to get out of hand. Only if they find out that the destination is an exotic unknown country called Iran with lots of deserts where women are forced to wear a Hijab, that’s when we regret traveling with children to anywhere. Our little cute innocent kids suddenly become devoted minions of Satan poised to spread evil. We just want to close our eyes until the madness stops!

But is traveling with children to Iran truly so hard? What about Iran’s children air travel policy? When on the ground, what are some fun things for families to do and see?

Ladies and gentlemen buckle up because everything that you knew about Iran is about to change and all your questions are about to get surprising answers. 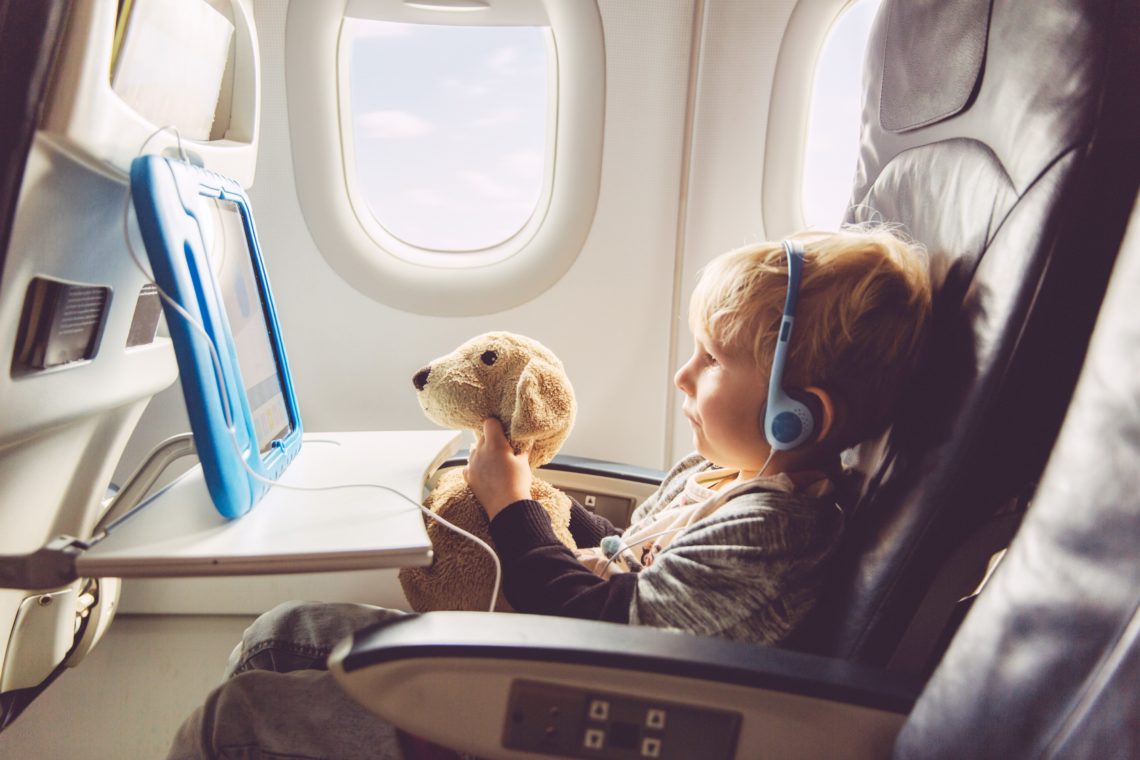 Traveling to Iran with children

Your time on a flight to Iran, or inside it, will probably be the best part of your adventure. Children are cherished in Persian culture. You can tell it by the first encounter with the flight attendants of an Iranian airline. It’s almost a challenge to hide your kids’ names from the flight crew because they won’t stop asking about your children and talking to them. Believe me when I say that if possible, they will even make time to play with your kids. They will give your children special kids food and make sure that they will have a good time on the flight, eating what they like and playing with some lovely people.

Infants under 2 years of age

According to Iran air travel policy, you don’t need to reserve a car seat for these little passengers and the infant ticket price is reduced to 10% of an adult ticket.

Children between 2 and 12 years of age

Traveling with children between the ages of 2 and 12, on an Iranian domestic flight, requires you reserving a car seat for your kids. You have to book tickets by paying just half the price of an adult ticket. However, this fee goes up to 75% of an adult ticket when you board an international flight with your kid in Iran.

If you have a child who’s between 5 and 12 years old and you have to put them on a plane all alone, there is nothing to worry about. Iran’s UM (unaccompanied minor) policy allows your kid to travel with no company. The fly attendants take full responsibility for your child and keep a close eye on them for the entire duration of the flight, even in emergency landing situations. Tickets for these little passengers cost as much as an adult ticket and you are obliged to be present at the airport to see your child board the plane.

When to travel with children to Iran?

Let’s break this down geographically. Rugged mountains stretching from northeast to southwest, and two massive deserts called Dasht-e Loot and Dasht-e Kavir covering the central lands cause some extreme weathers over some parts of Iran. Now, if you’re planning to travel with children to Iran during the summer, try to stay clear of the desert areas and cities. The hot weather, strong dry winds, and unbearable conditions make the summer an unpleasant time for everybody, let alone western tourists with kids that haven’t yet been to a desert. Also, the northeast of Iran, the Azerbaijan province, is the coldest section of the country during the winter. The extremely cold weather of this region can be so freezing that even wearing two jackets over each other won’t be enough to keep you warm. also check out When is the best time to travel to Iran

Now, if you’re traveling with children to Iran during the summer, try to stay clear of the desert areas and cities. The hot weather, strong dry winds, and unbearable conditions make the summer an unpleasant time for everybody, let alone western tourists with kids that haven’t yet been to a desert. Also, the northeast of Iran, the Azerbaijan province, is the coldest section of the country during the winter. The extremely cold weather of this region can be so freezing that even wearing two jackets over each other won’t be enough to keep you warm. Basically, what I’m trying to say is not to travel to northeast during Iran wintertime (December to March) and to the central and southern parts of the country in the summer (June to September). That leaves out Iran spring as the best time to travel with children. Not too hot yet beautifully green, spring brings Charshanbe Soori and Eid Norouz which are phenomenal cultural events, especially for kids.

Is Iran safe for children?

As far as hygiene standards go, Iran is one best places on the planet for children. The government takes the health issues very seriously and children don’t need shots or injections before crossing Iran borders. A low number of kid diseases and infant viruses cases have been reported in Iran over the past few years, listing Iran as one the best destinations for families with kids. also, check out Is Iran safe?

Fun activities for kid in Iran

Iran is a safe place for children

Different types of kids playgrounds are established across major metropolitan areas. The first thing that you realize about Iranian people is that, despite begin wrongfully characterized by the western media, these people are crazy fun and soak up every second of their leisure time to enjoy. Your children are going to make a lot of new friends in these playgrounds and have the time of their life. 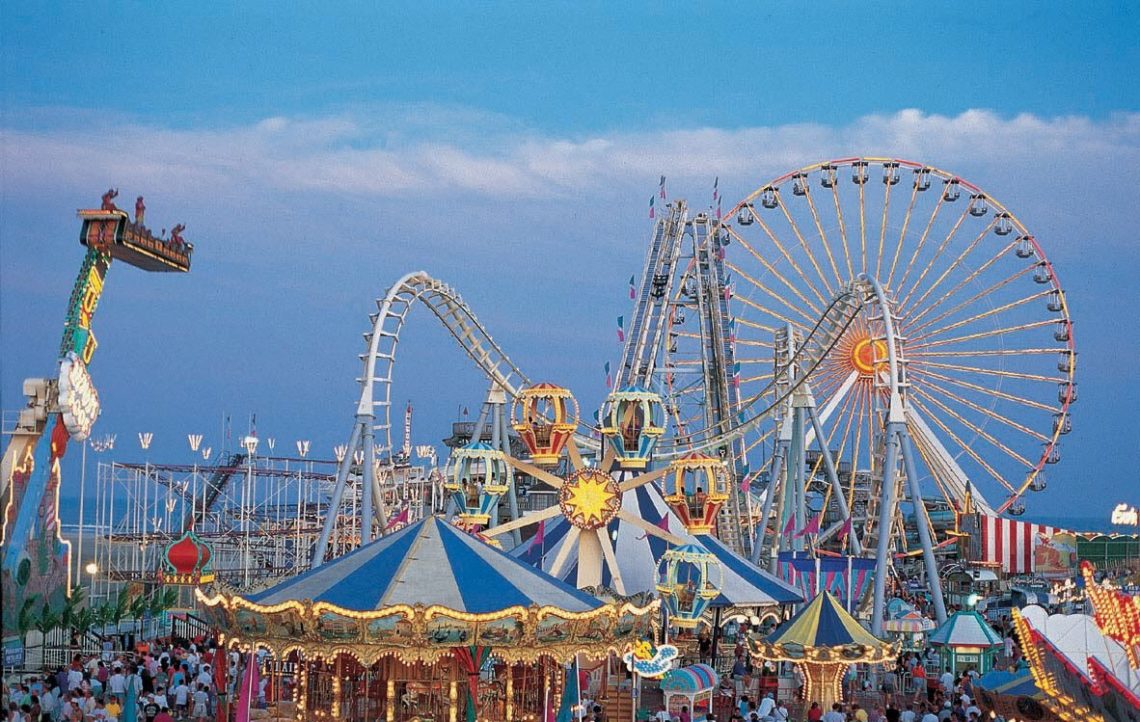 Traveling with children means either you keep them busy and happy all the time or you find other options to do that for you. In Iran, you can find enormous amusement parks in different cities such as Tehran, Mashhad, Shiraz, Kish, Karaj, and pretty much every other city. Some of these entertainment establishments are old and might not be up to speed with your expectations but they’ll, without any doubt, do the trick and keep you young ones happy and occupied. Be sure to check out Tehran Jurassic Park, Karaj ‘O Park, and Kish Ocean Water Park. also check out Tehran parks 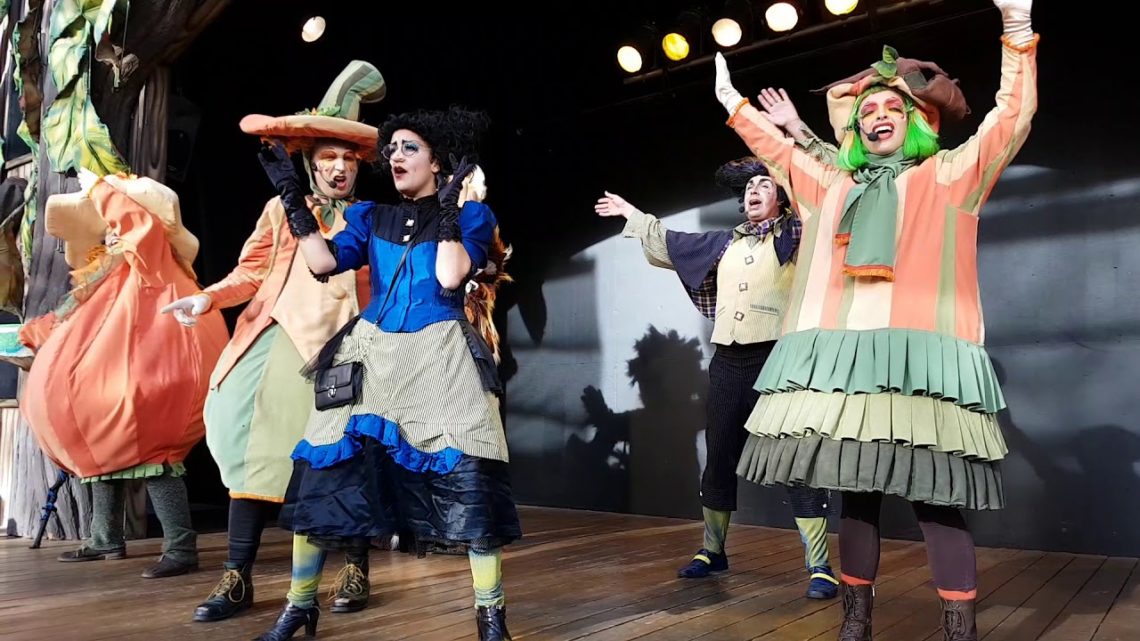 Yes, I know, you don’t know how to speak the Farsi language. So what’s the point of taking your kids to one of these shows?

Well, Persians show such a good sense of humor through their body language that even none-Iranians will have a blast sitting through one of these shows. As a bonus, ticket prices are usually cut in half for children. If a stubborn ticket-guy tells you that you have to pay in full for a 12-year-old, you just can bargain your way out of it since most of the Iranians have a soft spot for tourists, particularly tourists traveling with children.

Fun places to go with children 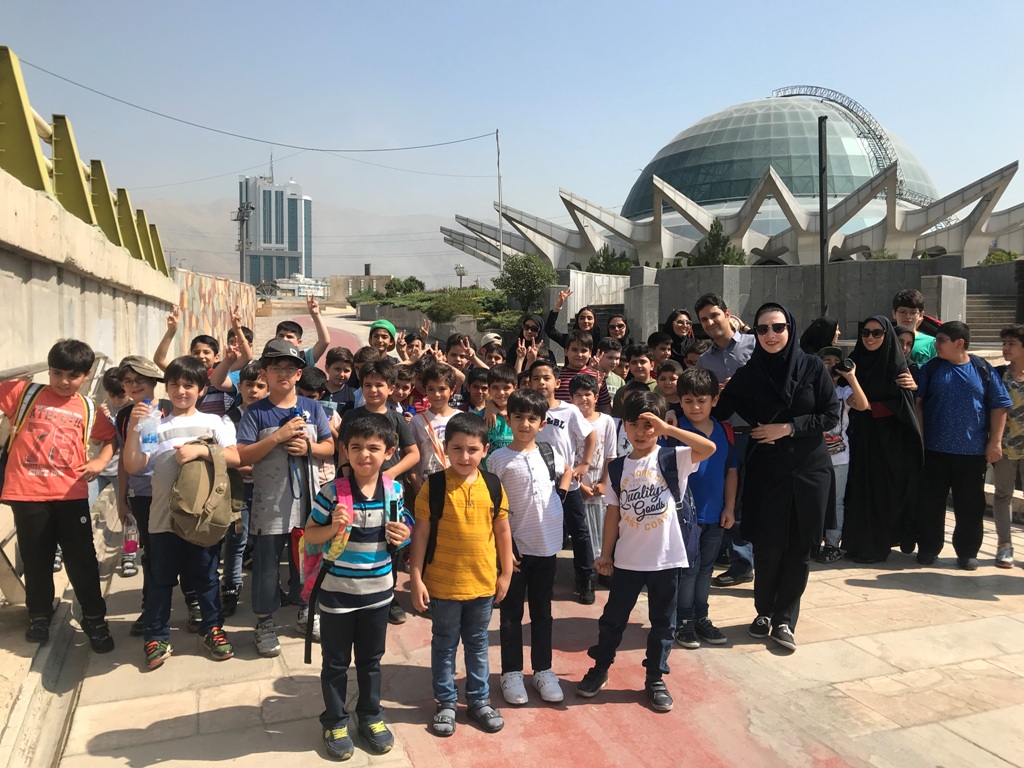 Happy children in the park

For example, in Tehran, the Gonbad Mina planetarium located in the Ab-o-Atash park is a wonderful place to take your kids to. A half an hour visit to its big museum filled with numerous old Persian astronomical instruments and pictures taken of the night sky by international photographers can really get kids hopping on their feet. This tour ends in a half hour 3D movie played on the interior of the dome about the cosmos in English. Tickets are cheap but the show is definitely not.

Kids are literally worshiped in Iran 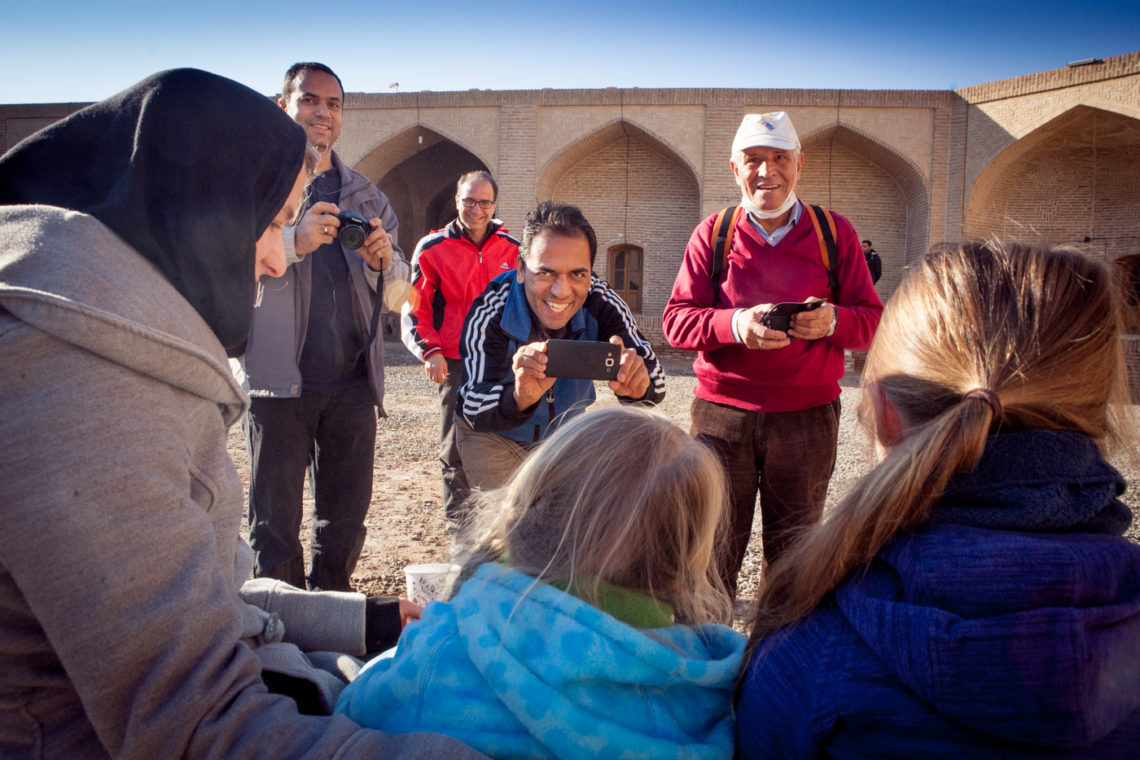 Iranian show hospitality to tourists children, Photo by: The family without borders

If you say to any Iranian: “Hey, I have some doubts about traveling with children to your country” you automatically put them into a frenzy mode of persuasion. They literally worship kids. I know that sometimes it can be annoying but it’s a once-a-lifetime experience, for both you and your kids.

Children mean everything to Iranian people, especially those who have blue eyes and blond hair. Frankly, Iranians care too much about their children and tend to spoil them unintentionally.

One of the most extraordinary things that you will constantly hear in Iran, particularly when you’re traveling with children, is the famous Persian complimentary sentence “Mehmoone man bashed” that means be my guest. Be careful, I said complimentary but most of the times these people are dead serious. You will hear this heart-warming expression all over the place; from taxi cabs to big luxurious shops in multistorey shopping complexes.

In Iran, western tourists are the main attraction in Iran and western families with kids are just like the cream of the top for Iranian people. They don’t hesitate to offer to pay for your food or to invite you to their houses. It’s safe to say that the Iranian attitude toward children has completely changed the meaning of the phrase “don’t take anything from strangers”.