In the 8 month period between March 21 and November 21, 2018, approximately 5.2 million tourists visited Iran, marking an increase in numbers compared to the 5.1 million tourists in the 12 months prior. People from all over the world are choosing Iran as their next travel destination; tourism in Iran is a growing industry, and with a weak Iranian Rial driving down prices for foreigners, it’s the perfect time to visit.

Contrary to how the media may portray it, Iran is a safe country, and the Iranian people are very welcoming of foreigners. As with all travel, however, it’s important to know what’s expected of you and the laws you must abide by. Iran is an Islamic country, which means there are certain restrictions and laws that don’t exist in Western countries. Although not an exhaustive list, this article aims to clearly lay out the laws most relevant for tourists.

Tourists at the Golestan palace

Do I need a tour guide?

Due to political tensions, unfortunately, there are some restrictions on this matter depending on your nationality. Americans aren’t allowed to enter Iran solo; they must be accompanied by a tour guide either privately or as part of a group. This must be organized prior to arrival. This rule is pretty much mirrored for British and Canadian nationals, too. Australians, on the other hand, are permitted to enter Iran without a tour guide. Although some may feel a little put-off by an obligation to pay for and be accompanied by a guide or tour group, keep in mind that it solves the hassle of needing to worry about language barriers, transport (especially to remote locations), or getting lost!

If you want to get your Iran visa for free, contact our customer support team: [email protected]

What should I wear? 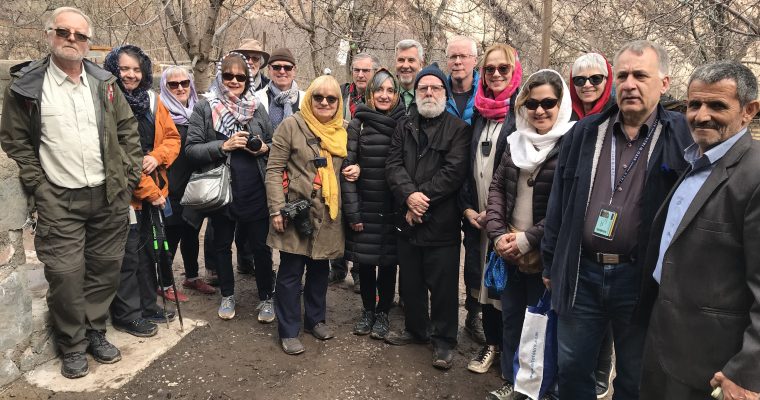 All women are legally obliged to wear modest attire according to Islamic standards, such as a headscarf that covers the head, and clothing that covers your body – think jeans or pants, with a three-quarter-length or long-sleeved tunic or coat that reaches mid-thigh. In the cooler months it’s easy, as the extra layers provide warmth, however in the warmer months be sure to pack light, breathable fabrics such as linen or cotton to compensate for the extra layers. Although some may hear ‘Islamic dress code’ and visualise black from top to bottom, Iran is actually quite fashion-forward, especially in Tehran – Iranian women often have quite colourful wardrobes. In more traditional cities such as Qom or Mashhad, people are generally more conservative, and the clothing worn by locals there will reflect that. For shoes, you can basically wear whatever you like, however, it’s probably best to leave your flip-flops at home. You’ll see very quickly that sneakers are a big fashion trend for Iranian women; ballet flats and loafers are also very popular for going out and about. As always when traveling, it’s a good rule of thumb to blend in as much as possible, so try not to push the boundaries; wearing slightly shorter jeans or tunics isn’t worth the unwanted attention you may receive as a result whether from authorities or locals – it can be a source of offense, especially in more religious or traditional areas. Having the headscarf draped loosely around your head and showing a little hair is very common, but maybe leave your 3-quarter-length skinny jeans at home. 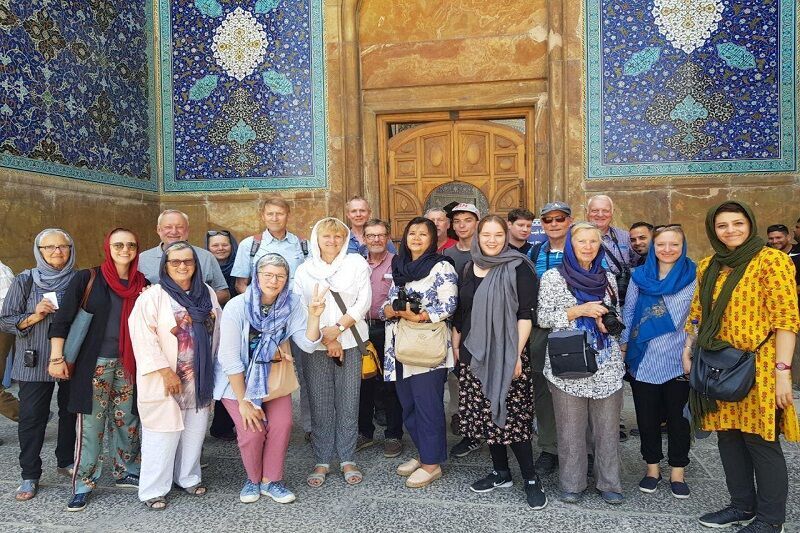 Men also have rules regarding attire, however the rules are much more lenient compared with the expectations for women – keep your legs covered (no shorts), as well as your shoulders. A t-shirt and pants will generally suffice, but a long-sleeved shirt is more appropriate when entering religious sites such as mosques. Children under 10 are free from these rules, so young girls are not obliged to wear a headscarf and young boys can wear shorts in public.

Also check out: Do tourists have to wear a hijab in Iran?

Can I take photos and recordings according to Iran laws for tourists?

You are of course welcome to take photos and videos in Iran, however photography of government or military sites is strictly forbidden, as well as the unauthorised use of drones.

What about religious observances and Iran laws for tourists? 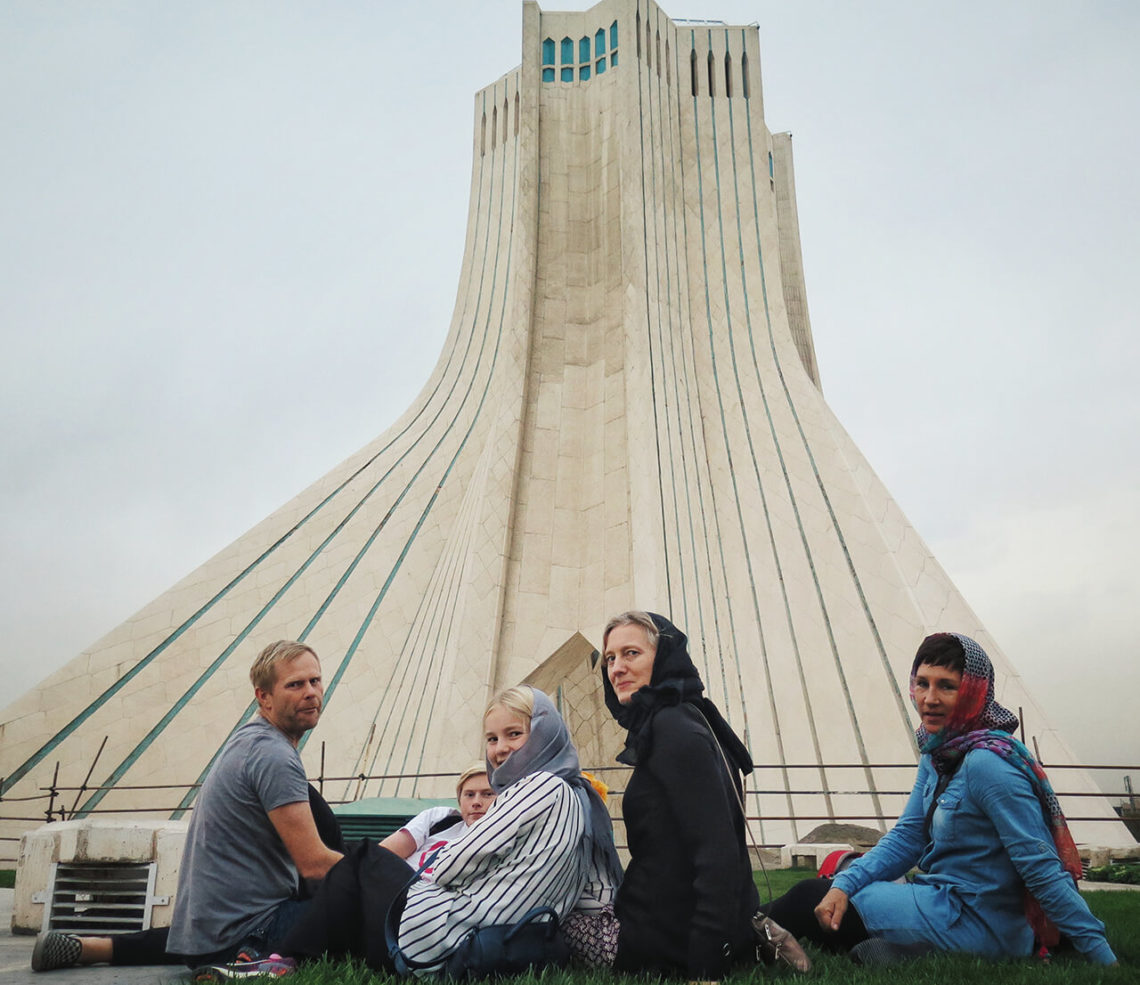 As a strict Islamic country, religion is a sensitive topic for many and a hostile attitude towards Islam may cause offence, and any attempt to convert Muslims to another religion is highly illegal. Prayer is 3 times a day but you are not obliged to observe it, simply go about your day as normal when you hear the call to prayer. If you happen to travel to Iran during Ramadan, the annual month of fasting for Muslims, you are free to eat in the privacy of your accommodation, but eating or drinking in public during daylight can cause offence and should be avoided.

Alcohol is strictly forbidden in Iran, and any offers of alcohol should be turned down – not only does it carry penalties if caught, it can also be dangerous to your health if home-brewed. Drugs are also, of course, forbidden. Smoking cigarettes is not illegal and they are in fact very cheap and easy to purchase; shisha is also widely available in Iran, known locally as gheliyoon, and is permissible for both men and women.

Also check out: Alcohol in Iran

According to Iran laws, it’s illegal to be in close contact/sexually involved with someone of the opposite gender if you’re unmarried, and close contact between a man and woman can cause offence in public, so avoid public displays of affection, even if traveling with your spouse. Unmarried couples are also normally prohibited from sharing a hotel room together – non-Iranians normally won’t be questioned and can book a room to share, but if one or both of you are Iranian, you will need to provide proof of marriage or book separate rooms. 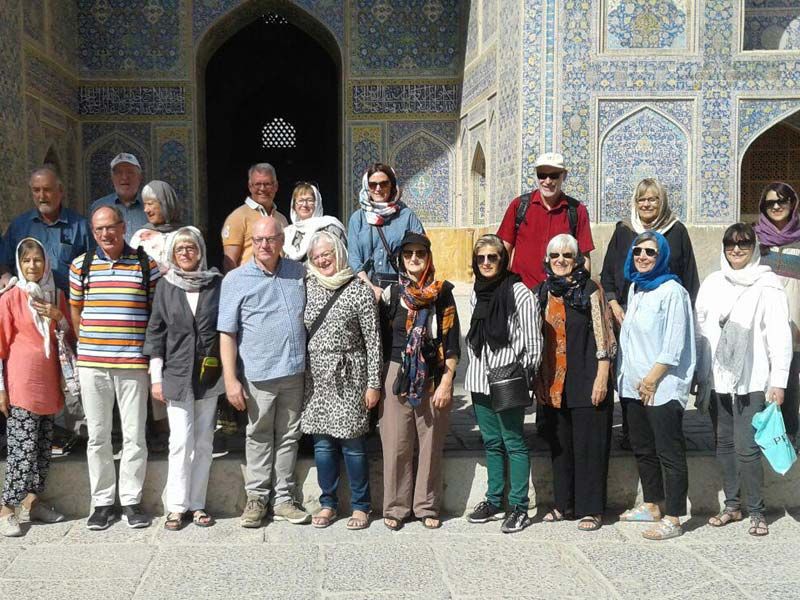 Tourists at Isfahan city of Iran

What else should I know about Iran laws for tourists?

Dual nationality is not recognized by the Iranian government, so those with dual Iranian citizenship should bear in mind that certain conditions and rules may apply to them that don’t apply to non-citizens. Those with dual citizenship must use their Iranian passport for entry and exit to and from Iran. Due to political tensions, anybody with an Israeli passport stamp (or stamps from other countries’ border crossing points with Israel) is barred from entering Iran, so if both countries are on your bucket list, it’s advised you visit Iran first.

In some cases, you will notice that public transport has a “women only” section. As this is to protect women, men are banned from entering those sections, even if the common section is packed and the women’s section is empty! Women are free to enter the common sections with the men, however, which is handy for women if traveling with someone of the opposite gender, or even if the women’s section is just totally packed. 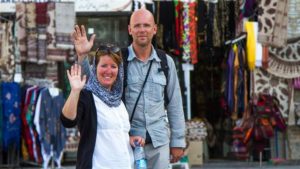 Also check out: 5 Persian Customs to Know Before Visiting Iran

Last of all: come with an open mind. The Iranian people are generally very understanding and will help you to navigate the laws and culture. One of the best things about travelling to Iran is experiencing how different it is to Western culture; it will open your eyes to a totally different way of life!

Do tourists have to wear hijab in Iran according to Iran Laws for Tourists?

All women are legally obliged to wear modest attire according to Islamic standards, such as a headscarf that covers the head, and clothing that covers your body – think jeans or pants, with a three-quarter-length or long-sleeved tunic or coat that reaches mid-thigh.

Is it safe to visit Iran as a tourist?

In a word, yes; Iran is a safe place to visit for tourists of any nationality, age, gender or race.

What can you not do in Iran due to Iran Laws for Tourists?