Kermanshah, The Unknown Beauty on West of Iran

Iranian people are all about having fun and a great time, despite what you might hear from the media. They are, in the literal words, the most happy-go-lucky and peripatetic individuals you ever meet in your entire life. Just show them some holidays on the Persian calendar (since it’s a bit different than the western calendar) and they’ll be packing their stuff and on their way to a cozy place with wonderful weather before you can say, Jack Robinson. If you knew Iran, you’d probably think that by a nice place I meant the north of Iran, or what Iranian call “Shomal”, because it’s the wondrous and routine destination for the most people living in the northern half of Iran’s plateau. Despite that, I’m talking about an emerald green piece in the west of the country that is called Kermanshah.

The town and province of Kermanshah are located on the strategic travel route, later known as the “Khorasan Highway,” in the west of Iran. It’s a challenge to spot the exact origin of Kermanshah in the history books but it has sometimes been mentioned as one of the “Parthian Stations” with a long history of art and culture. This superb historical and cultural treasure hosts many unique attractions and inscriptions of Achaemenid and Sassanian empires of which 716 ones have been registered on Iran’s National Heritage list. The cream of the crop of Kermanshah’s spectacular landmarks is Bisotun which is so promising in architectural and historical aspects that have been granted entry in UNESCO world heritage sites in Iran.

Kermanshah has been always the link between the Iranian plateau and the Mesopotamia throughout its history. In the fourth millennium BC, the region currently known as Kermanshah province was one of the most important centers of trade and commerce with Mesopotamia. Kermanshah has a climate which is heavily influenced by the proximity of the Zagros mountains, classified as a hot-summer Mediterranean climate. Therefore, Kermanshah experiences rather cold winters and there are usually rainfalls in fall and spring. Snow cover is seen for at least a couple of weeks in winter. 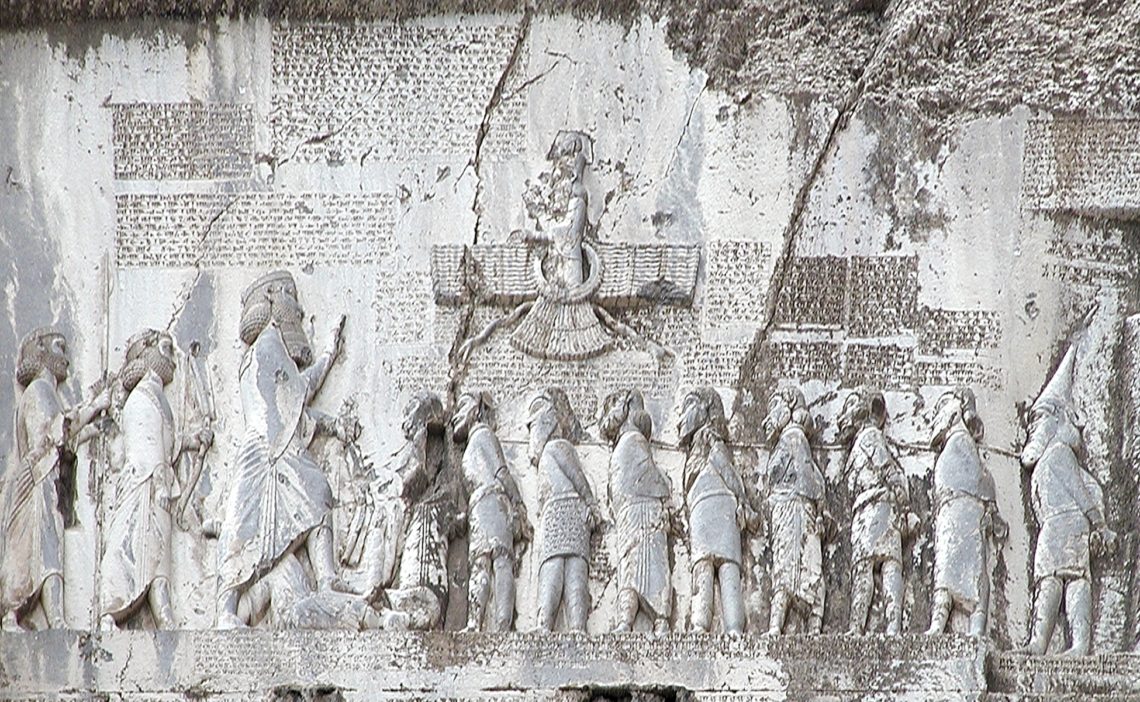 As pointed above, Bisotun is one of the greatest historical and cultural tourist attractions in Kermanshah. Located 30 Kilometers in the northeast of Kermanshah, Bisotun stands as a sacred pillar with old Persian carvings on every bit of it. Bisotun is a bas relief written in old Persian language which most of its carved-forms describe the political, cultural, and royal matters some 2000 years ago. you can book Iran domestic flights easily through 1stQuest. 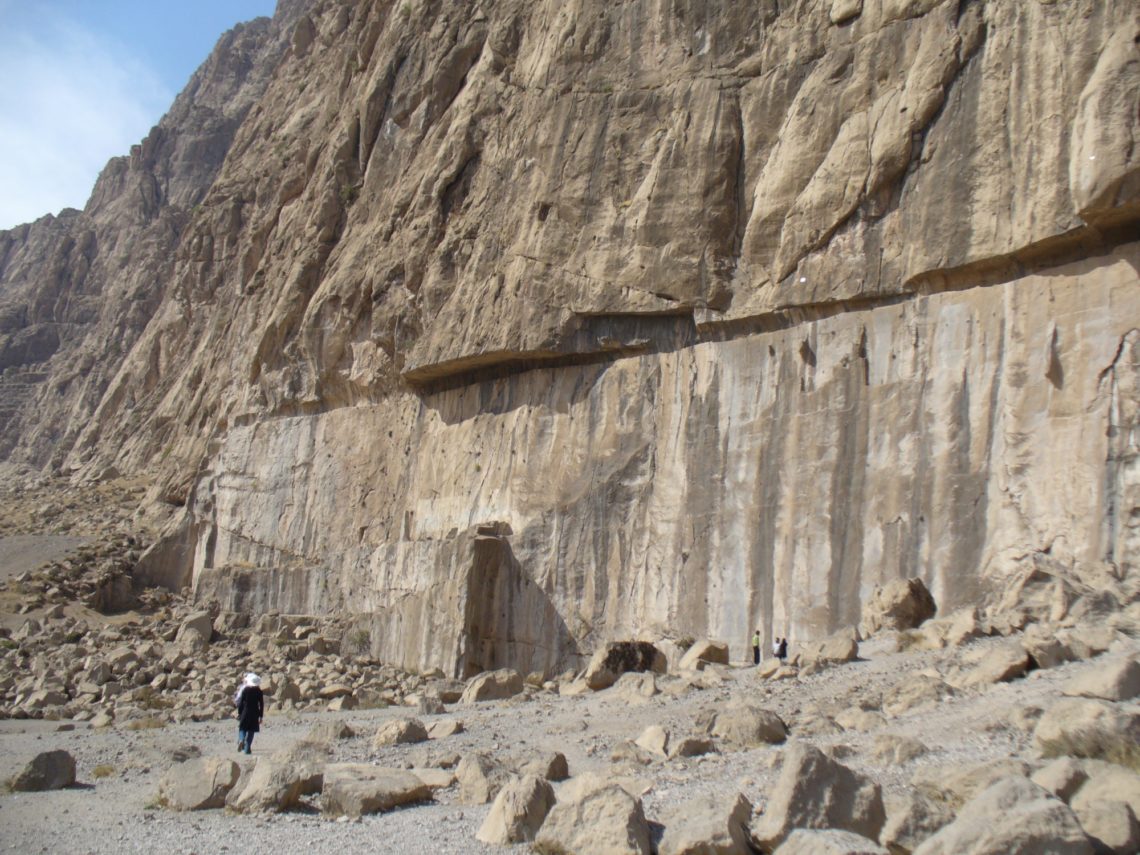 As one of the world’s greatest bas reliefs, towering majestically and almost vertically above the plain and visible for a great distance around, Bisotun also introduces Darius in his own words, shows Darius’s appreciation to Ahura Mazda (God of Zoroastrianism) for his help in overcoming opponents and retrieving peace, and Darius’s nineteen war victories such as the important and difficult victory over Scythians. you can book Iran domestic buses easily through 1stQuest.

The UNESCO declared Heritage site of the Sassanid era in the Zagros Mountains. It contains a beautiful bas-relief of the Investiture of Ardeshir II & the crowning of his son Shapur III & Khosrow Parviz as well as deer & boar hunting scenes. According to most archaeologists, Taq-e Bostan dates back to the 4th century AD and the relief also depicts society’s beliefs, religious thoughts, dress code, art, and the victories of Sassanid Empire over their enemies.
On the relief, the king is standing on top of a defeated enemy, a bearded man who can be identified with the Roman emperor Julian the Apostate, who had been defeated by Shapur in 363 and was killed in action.

These are some of the finest surviving rock carvings of the Sassanid period set in the rock face of the Zagros mountains that were on the Silk route & are next to a sacred spring filling a lake near the mountain base.

During the Qajar dynasty (1794 to 1925), Kermanshah Bazaar, mosques and tekyehs such as Moaven al-Molk Mosque, and beautiful houses such as Khajeh Barookh’s House were built.

Tekyeh Moaven al-Molk is unique because it has many pictures on the walls that relate to Shahnameh, despite some of its more religious ones. Khajeh Barookh’s House is located in the old district of Faizabad, a Jewish neighborhood of the city. It was built by a Jewish merchant of the Qajar period, named Barookh/Baruch. The house, a historical depiction of Iranian architecture, was renamed “Randeh-Kesh House”, after the last owner, is a “Daroongara”(inward oriented) house and is connected through a vestibule to the exterior yard and through a corridor to the interior yard. Surrounding the interior yard are rooms, brick pillars making the Iwans (porches) of the house, and step-like column capitals decorated with brick-stalactite work. This house is among the rare Qajar houses with a private bathroom. 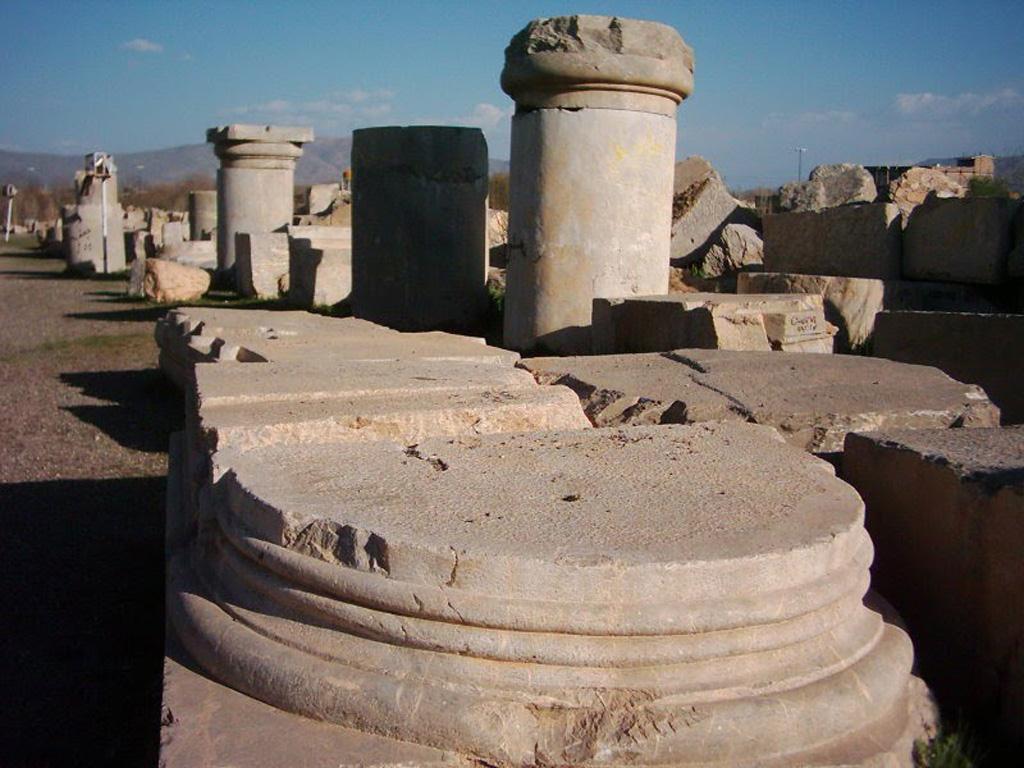 Anahita Temple in Kangavar city in Kermanshah is the most famous temple in Iran attributed to the Persian water goddess Anahita. According to scientific researches, the architectural characteristics of this temple have acquired inspiration from that of the Achaemenian age. The main structure of the Anahita temple is a quadrilateral one. Its ramparts being 230 m. in length, and its thickness in most of the parts is 18 m. which reveals the archaic grandeur and magnificence of this structure. The stairway of the temple is bilateral and closely attached to the wall. The temple combines elements of Hellenistic and Persian architecture. The square-shaped structure has columns with carvings resembling those found in Persepolis and The Darius palace of Susa.

Some of the noticeable and important buildings in Kermanshah are its large and ancient markets (bazaars).

What is the best food in Kermanshah

In urban, rural areas, and among the tribes of Kermanshah different types of local food can be found. The very best dishes and appetizers are soups, side dishes, broth, and different types of bread, different kinds of Aash, Koofteh Berenji, Khamkoo, Shami Kabab, Shirdaq, Kashkak, Halim Goosht, Qormeh, etc.
Nearly every city in Iran boasts of its very own special pastry and sweets. Kermanshah is justly famous and has bragging rights in this area as it lays claim to various types of unique and truly delicious pastries, collectively referred to as ‘shirini Kermanshahi” or “pastries from Kermanshah” but of course each specific type of pastry also has its own name and its own besotted fans.

Best hotels and accommodations in Kermanshah 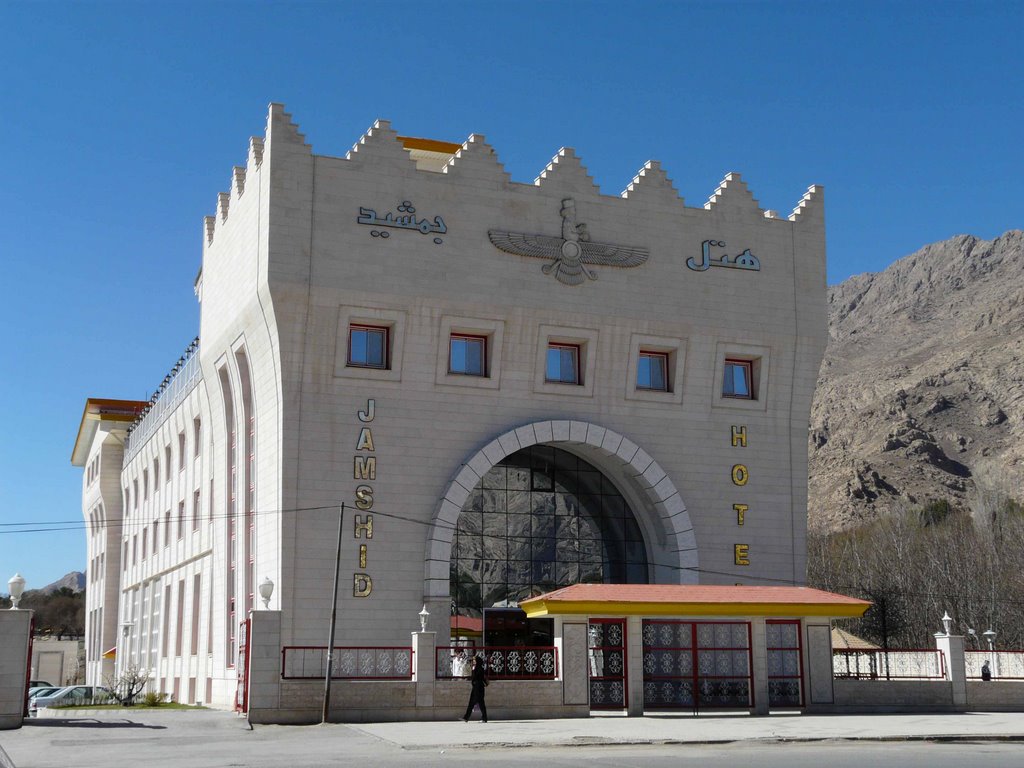 Jamshid Hotel was constructed in three floors and 39 single, double, triple, quadruple and quintuple rooms. Rooms are remarkably clean. The restaurant of the hotel serves a wide range of delicious Iranian and foreign foods. If you’re traveling by your own car, there will be a parking lot for you, and if you need to access an airport immediately, Kermanshah International Airport will be easily reachable. Accommodating at Jamshid Hotel will give you an opportunity to explore some global attractions such as Taq-e Bostan monument, Bisotun Inscription and Temple of Anahita. Choosing this hotel will surely fulfill your expectations.

This is a lovely hotel and we had a brilliant buffet lunch. The hotel is located very close to Taq-e Bostan and the restaurants of Kermanshah, you can reach these places by walking 100 meters.

The Kermanshah Parsian Hotel is a luxury 5-star welcoming its guests in a modern and elegant at the same time. Equipped with every comfort, the hotel is ideal for business people who will enjoy the business plan with free internet access and conference room spacious for 150 attendants with all the necessary equipment, as well as for tourists who want to relax while enjoying the calmness of the wellness center with indoor swimming pool, sauna, and jacuzzi.

There is a 24-hour reception with multilingual staff, on-demand services such as laundry and ironing, taxi and room service. Inside the hotel, guests can also enjoy a shopping center, 2 restaurants, breakfast room, and bar.

The very close distance of this hotel to the city center, airport and interesting places and areas of Kermanshah has made Kermanshah Parsian Hotel as one of the best accommodation places for the travelers of the west of Iran.