Although relatively bumpy, a little long in the tooth, and not praised much by some news media in the past, Iran’s national airline and its collection of airliners do their job pretty well and pave the way for millions of passengers up in the skies daily, and have done so for many years now! And yes, you might hear one or two plane crashes pop here and there in the news, but that those are always due to many possible complications, and lessons learned by the well-respected and much-praised Iranian captains. To this day, millions of people use the national aircrafts to travel the country without any fear of accidents, and still believe that Iranian airliners and planes are the best way to reach different points in the country.

Out of all Iranian planes and jets in service in Iran aviation system – AKA Iran Air or The Airline of The Islamic Republic of Iran-  22 have the mark of Airbus company; think of them like the seasoned chiefs of Iran’s fleet. Some of Airbus jets in Iran have seen it and are even elder than several Iran’s officials. They are witnesses to an overthrow of the previous government, a devastating 8-years-old war with Iraq, and how the country has changed to be standing at the point it is today.

You can book Iran domestic flights easily through 1stQuest.

Four different types of Airbus planes soar through the skies of Iran routinely and are solely responsible for hundreds of successful flights. These four are The Airbus 320 Family, Airbus 310, Airbus A350, and Airbus 380. Now, maybe these aren’t at the top of their game anymore and have more miles to their names compared to many other of their family members in other countries but, yet, they provide a comfy and safe flight for passengers and are widely popular among the Iranians.

Although being slowly phased out of western airlines fleet and replaced by more modern versions of Airbus such as the A321LR, some companies such as Air Transat, the third-largest Canadian airline, still turn to this twin-engine, twin-aisle widebody to move passengers alongside cargo to their desired destinations, unharmed.

The A310 was introduced to the public back in the late ’70s and early ’80s as part of a development program of the A300, and, ever since it’s been an inseparable part of Iran tribe of airliners. Initially, the A310 was meant to beat its predecessor success and take the belt as the mightiest jet in the skies, something that never came to past. For now, the A300 is still flying strong in the skies as a cargo plane, but it’s slowly reaching the point of getting dumped in the history books.

These rather short-hauled, almost 30 years old members of the Iranian air fleet can carry up to 220 passengers over a maximum flight of 8300 kilometres (or 8050 kilometres based on Iranian websites). In this airplane, passengers can choose from the two-class category of seats. Right now, Iran is the world’s largest operator of the Airbus A310 aircraft, alongside Canada and Yemen. 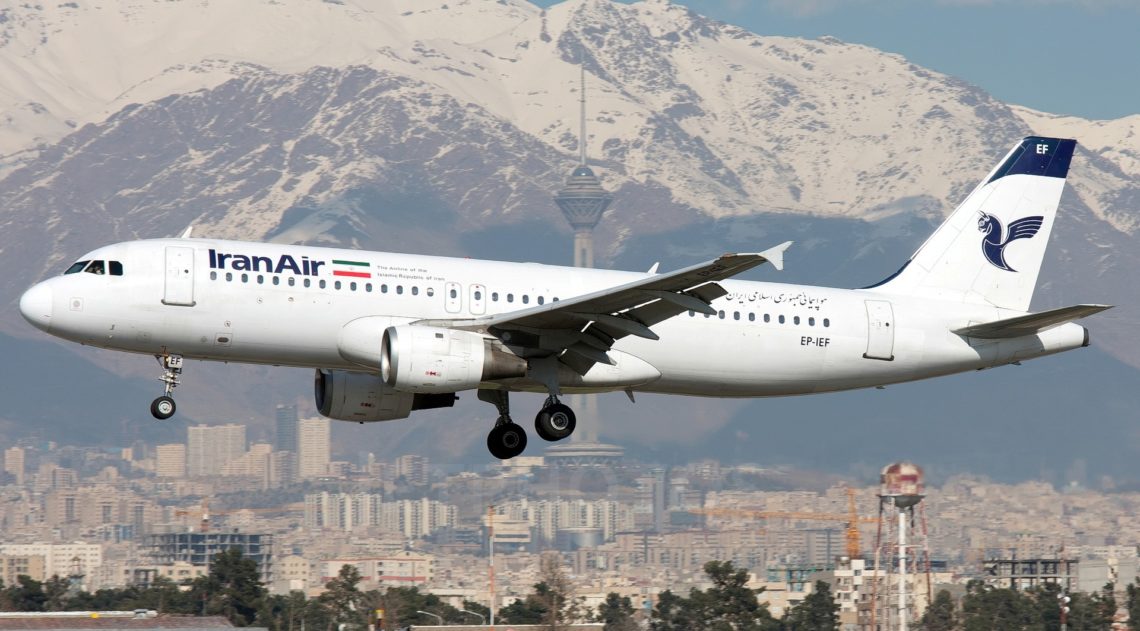 This family can possibly be dabbed as the most successful of all other jetliner families up and running currently in the world. The ambitious journey of the A320 family started back in 1984, and since then, innovations and milestone-marking technologies have boosted up the fame and quality of the members.

Also check out: How to book Iran domestic flights

Currently, the Airbus 320 is being frequently used in daily flights in Iran with its low fuel consumption and therefore, lower rates of Carbon Dioxide released into the atmosphere. This two-motorized airplane capable of long-range flights with only a single aisle has been a great addition to Iran’s fleet and has introduced new levels of efficiency and quality since its introduction to domestic flights in Iran. Numerous Iranian airlines such as Iran Air, Meraj, Kish Air, Qeshm Air, Aseman, and Ata have added the A320 to their assembly of aircraft.

***Book flights from Tehran to Shiraz 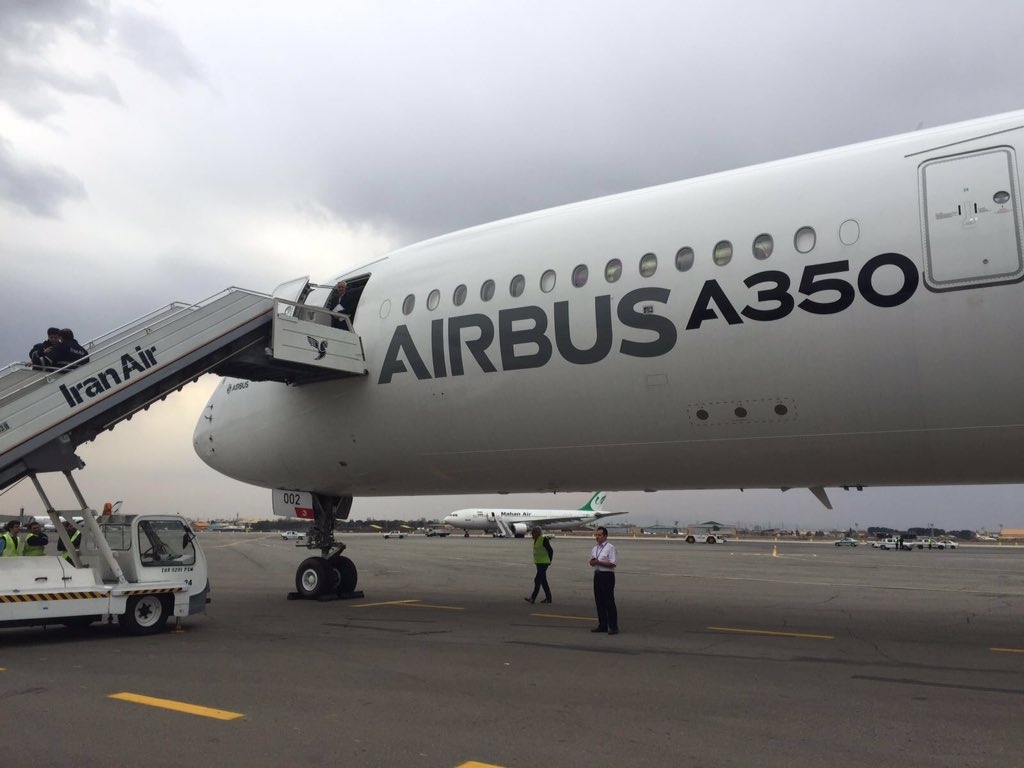 This is an airplane we can’t possibly leave out in our walk-through of Iranian airliners since it packs a powerful punch through the skies of Iran with its massive iron body and the capacity to relocate nearly half a thousand of people in a single flight. The Airbus 350 has lived up to the expectations, both on global and domestic scales. Usually, we want to see massive improvements, shinier looks, and state-of-the-art technology when a more advanced version of a jetliner comes out, and this was precisely what Airbus company delivered with the introduction of A350. The competition for Boeing 787 and 777 was primarily built out of carbon fibre-reinforced polymer with the total passenger capacity of 369, but airlines have the permission to go up to the impressive number of 440 passengers if the situation calls for it. Iran Air was so taken with the quality of this iron bird that ordered 16 of them in the past. 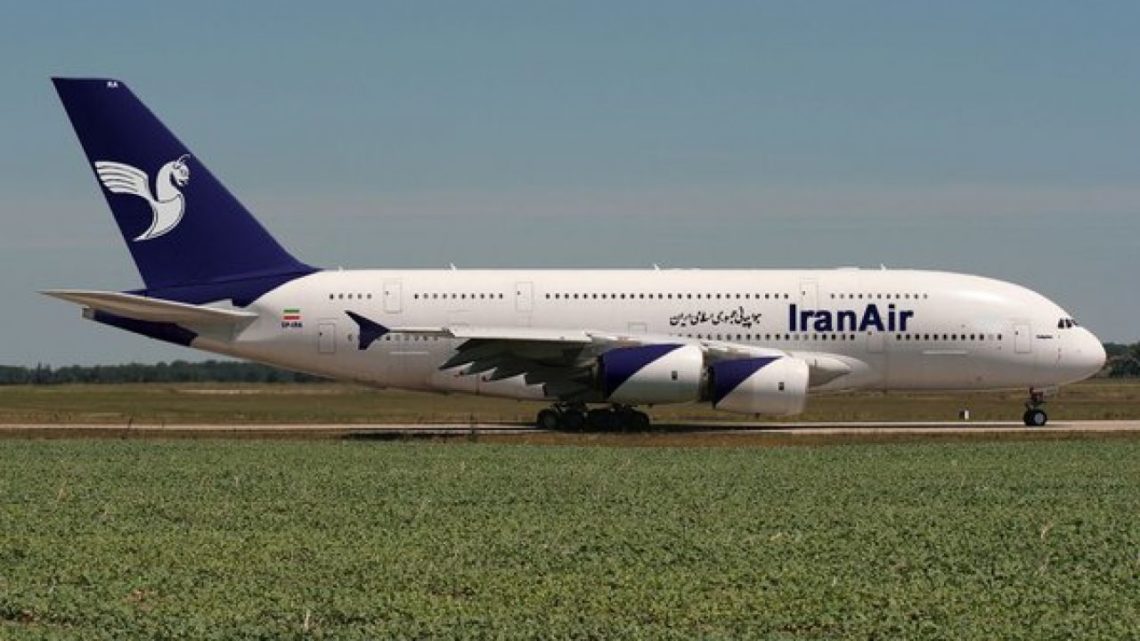 Being stipped for parts is the darkest ending for any plane, and sadly, the story of two middle-aged Airbus A380 parked at mountain feet of Pyrenees at the mutual mountainous borders of Spain and France. As these big luxurious metal birds reached half point of their lifespan, even Iran Air looked unreluctant to buy these wonders of the air industry, and in the end, it was decided to tear them apart.

Iran has tried several times over the past few years to strike up a good deal with Airbus to bring some of these bad boys into the Iranian’s plane fold but sanctions, high-price, and the fact that A380 only can be profitable in massive air flights where 550 tickets are actually sold pushed the talks into a stalemate. Although currently not accessible, we could be seeing them in the list of Iran’s commercial airliners, if the sanctions were to be removed.

***Book Flights from Tehran to Isfahan through 1stQuest.com

The top four models in use include: 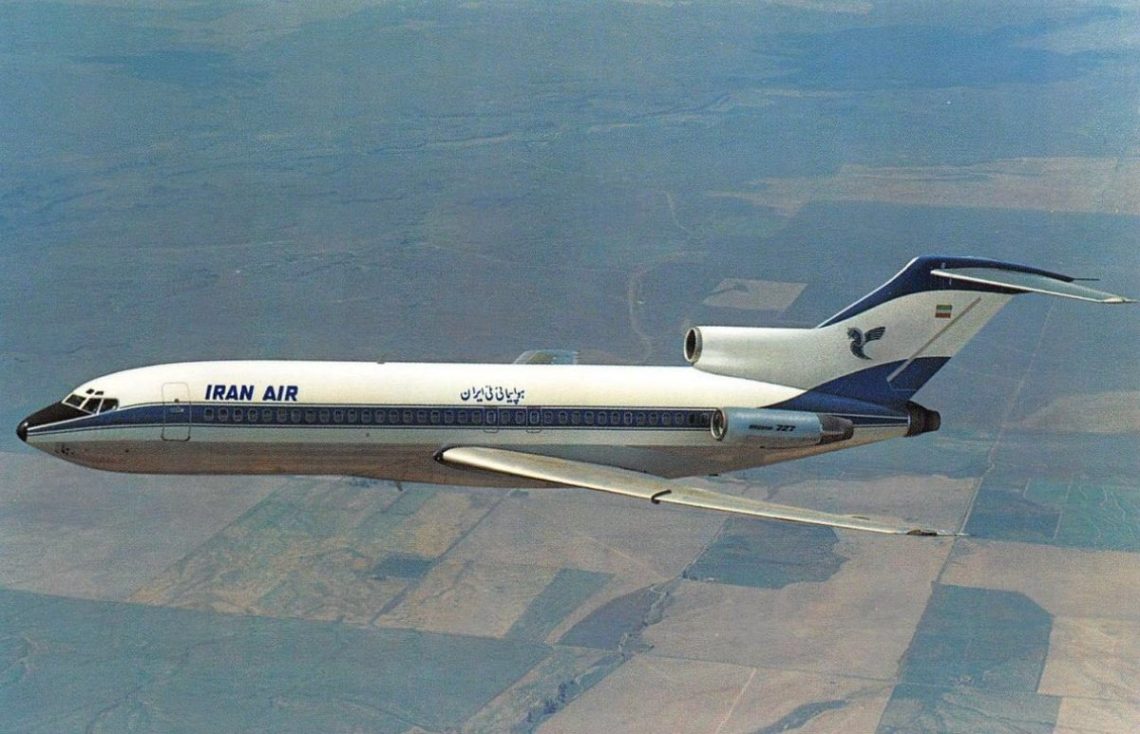 On the night of January 14th, 2019, the two-hour trip from Tehran to Zahedan marked the last flight of Iran Aseman Airlines 38-year old Boeing 727 commercial aircraft. This tri-jet aircraft was first introduced to the market back in 1963 to transfer more passengers in comparison to its narrow-body competitors, and it was massively successful in the years after. However, this doesn’t cover all the fascinating facts about this extraordinary plane; back in 2011, an Iran registered Boeing bound to land in Imam Khomeini International Airport bumped into trouble, and the nose landing didn’t come down. Owning to captain’s professional skills and quick thinking, the flight was rerouted to Mehrabad Domestic Airport and landed the big flyer without anyone getting hurt, so much as a scratch!

This revolutionary airliner of Iranian planes was able to travel over 44 cities in 24 different countries on a span of 76 thousand miles in its second test flight, and it wasn’t long before it was added to Iran’s commercial air fleet 1966 and since then, it has turned into a familiar ring to every ear in Iran and has served for over than half a century.

***Book flights from Shiraz to Tehran with 1stQuest.com 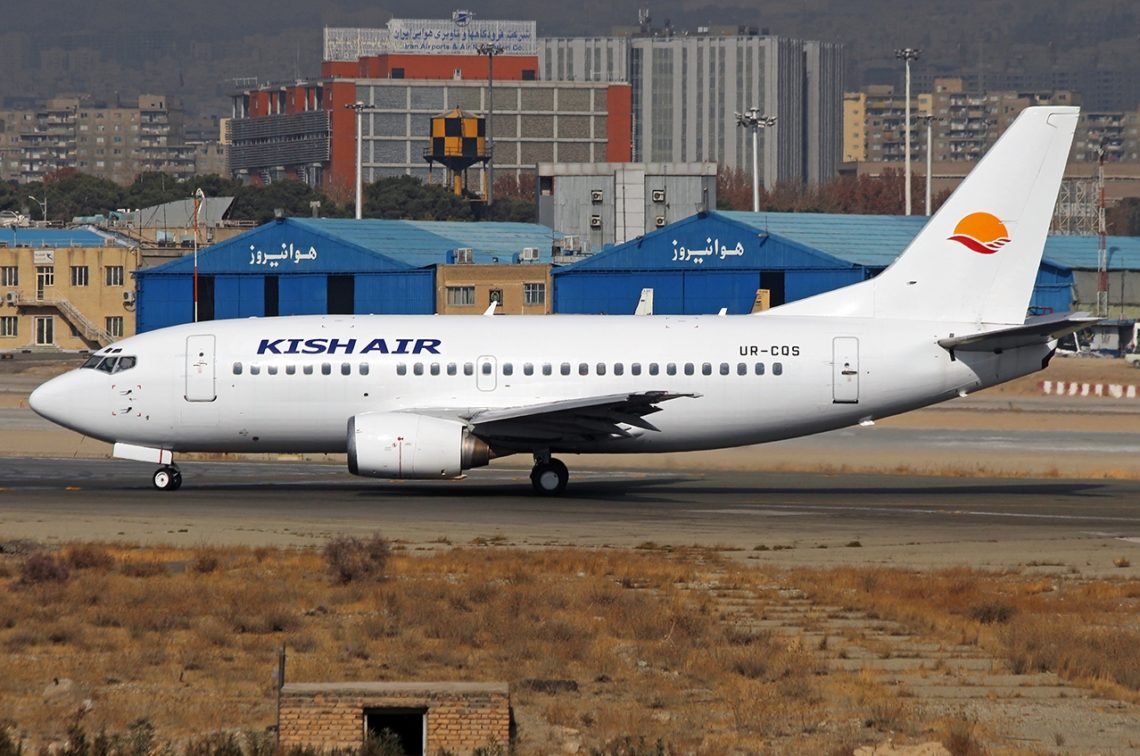 This airplane has an even more exciting and recent story to its name. The twin-jet narrow-body single-aisle iron bird has taken its place in Iranian planes and Iran’s commercial jets since the early ’90s, and since then, it has been hard at work, flying passengers in every direction, domestically and internationally. Multiple Iranian airlines own this cheaper model of Boeing 727 and have even used more advanced versions such as the NG model with the capacity of 210 passengers or the infamous Max.

***Book flights from Isfahan to Tehran 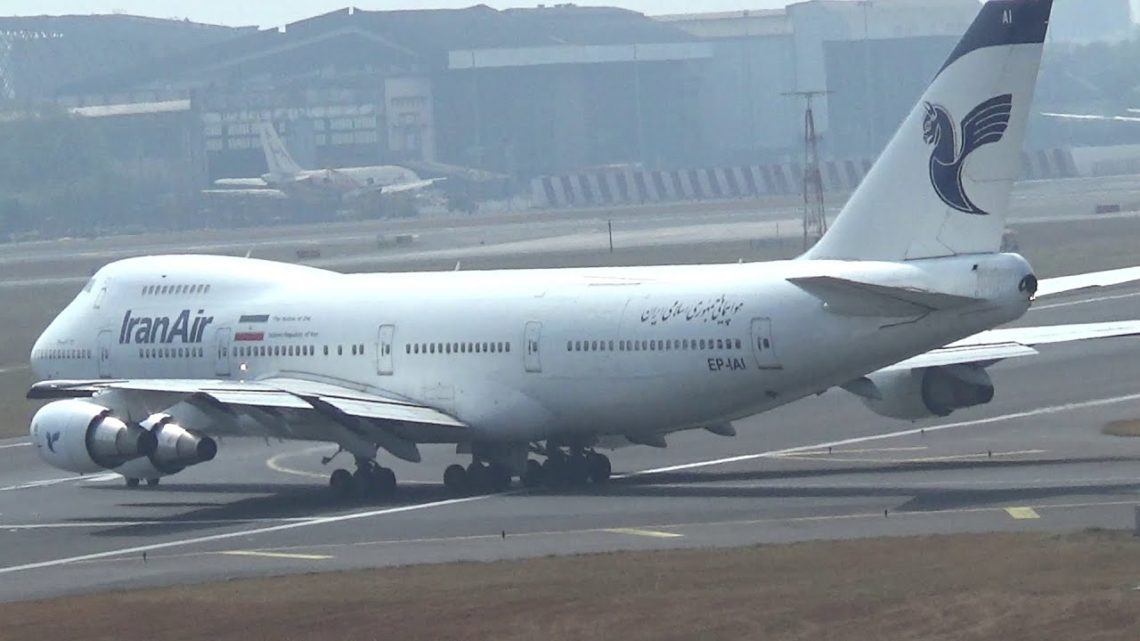 Dubbed a “Jumbo Jet,” the Boeing 747 serves as both commercial and cargo planes in Iran’s wide range of aircraft. This magnificent American beast who dominated the skies for a long time was the result of a crew working tirelessly through days and nights back in the ‘60s, famous for their alias “The Incredibles.” Crowned as the Queen of the Skies, the Boeing 747 has achieved a very unique place among other Iranian planes over the last few decades, and at least three of these wide-body jet airliners still pick up passengers in thousands and land them hundreds of kilometres elsewhere, with their cargo.

Iranian Airlines began using this famous plane back in 1976 with some slight tweaks to its design. To accomplish a direct flight from Tehran to New York City, Iran requested a more modified version of the original Boeing 747. After a few changes to the body, the American company Pan American manufactured the Boeing 747 SP model, which was a measurable break-through and served in Iran’s commercial fleet for years to come.

The development of this skinny bird can be traced back to the early ’80s, making it a rather young plane in comparison to other Boeing models in use in Iran. The Boeing 757 is categorized as a medium-sized, narrow-body, short to medium range with a twin-engine which has some successful flights inside of Iran; however, the current situation of these frequently-used birds is unclear and it’s possible “Taban Airlines” still flies some of these skinny bords.

By now, you’ve probably got the point that Iranian airlines have no problem using old but steady planes, and compared to them, the Boeing 757, which its manufacturing was put on a stop in 2004, looks like a rooky. Despite lesser years of experience under its belt, the 757 model is up to 80% more energy-efficient compared to 727 jetliners but still holds firm in medium-ranged flights. Today, this plane in Taban Airline flights can transport up to 290 people with a maximum speed of 900 kilometres per hour. “

A subsidiary of Boeing since 1997, McDonnell Douglas began its work back in 1967 but took some time for its models to find their way to Iran’s Airbus and Boeing dominated airliner market. Two big names from this company that fly through Iran skies right now are the MD-80 and the MD-88, which substitute room for class and quality. 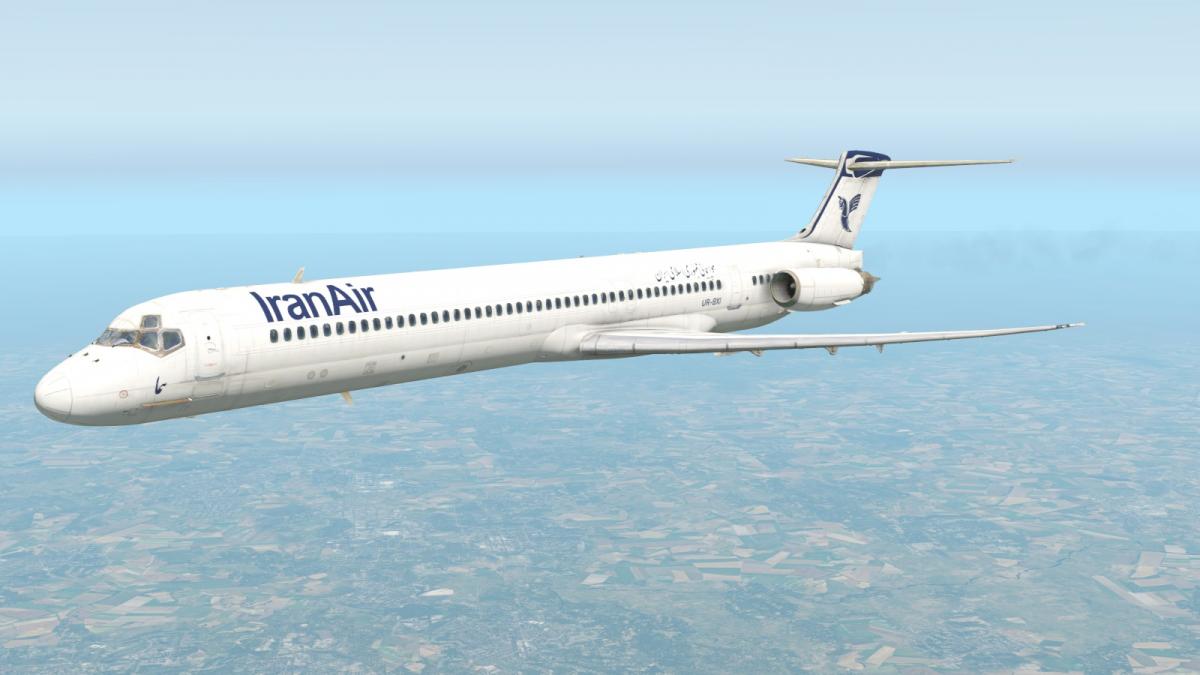 This series is powered by a twin-engine and can take 130 to 172 passengers depending on variant and seating configurations. the Russian out-modeled Tupolev series took the spot for the most incidents caused by any sort of transportation. Hopefully, the Boeing supervised MD-80 jets swoop in to replace them and not only buy back the trust of people – which Tupolev series was failing miserably at by continually letting people down! – but to actually make air flights once again fun and the best way to travel through Iran.

If there were any enhancements to the MD-80 series to make them real world-class fliers and open a permanent place in Iran’s commercial airliner fleet, the MD-88 got them all. For that reason, the American airline “American Delta” has one of these jets; however, some Iranian airlines such as “Taban” found this bird more suitable and have five of them. The MD-88 also runs with twin-engines and a single-aisle throughout short to medium range flights and can carry up to 172 people in a single attempt.

How do I book a flight in Iran?

You can book Iran domestic flights online through 1stQuest.com

How many planes does Iran Air have?