Though it’s obvious from the political tensions reflected on the everyday news headline and numerous anti-US sentiments and propaganda murals in the cities that there is a deep misunderstanding between Iran politicians and the world powers especially the USA, Iranian people have a very positive view of the foreigners especially Americans who traveling to Iran.

In this short post, I don’t want to confirm the laws and the authorities’ mindset about international norms in Iran; I just want to dispel some of the most frequent misunderstandings that foreigners especially Americans may have about traveling to Iran. Indeed, I want to refer you to what foreign travelers saw in this country during their visit. you can checkout this article to know more about Iran: Top 8 Reasons to Visit Iran Right Now

Yes! Of course American can travel to Iran. Currently, about 1,000-1,500 Americans visit Iran each year. There are no official restrictions for Americans to visit Iran. Americans can’t travel independently, and they have to travel with an authorized private guide or group tour. The only reason your visa application may be rejected by the authorities is that they find a proof of your travel to Israel. Getting the Iran tourist visa may be the difficult part of your trip. But that’s easy for our experts at 1stquest.com. For more information about getting Iran tourist visa and also hiring an authorized guide just contact us through [email protected] or click here. for more information about how to get e visa, check out this article: The Ultimate Guide for Iran Electronic Visa (Iran e Visa) 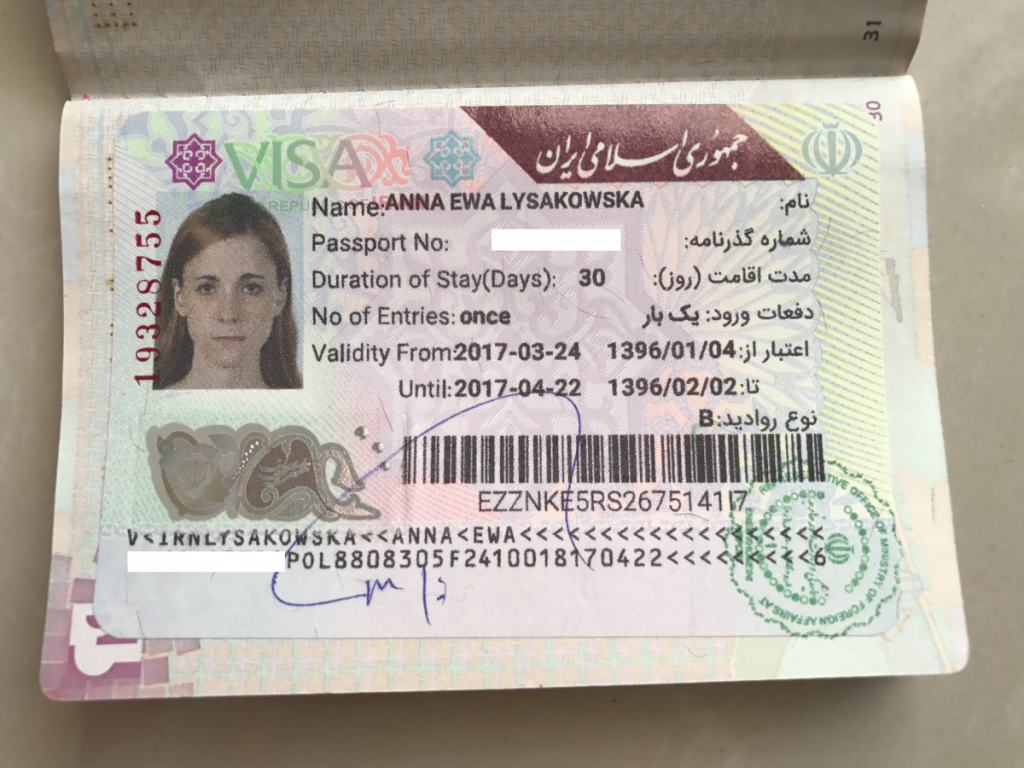 If there is a common surprise that all travelers immediately face in Iran, it’s definitely Iranian’s hospitality and kindness. It’s renowned. It’s in their blood. Iranians treat tourists as their guest and cherishing the guest is an important etiquette in their culture. “We’ve felt to being rock stars.” That’s what American travelers Daniel Noll and Audrey Scott wrote on their website about the Iranian hospitality. They said that cordial greetings, hugs, smiles, gifts, and invitations to homes are what they frequently received from people in Iran. “It won’t take long before Iranians give you a warm welcome, ask where you are from or even invite you to dinner or tea”, said the British traveler, Becki on her award-winning weblog. So what are you waiting for?

See also: Travel to Iran Even with an American, British or Canadian Passport 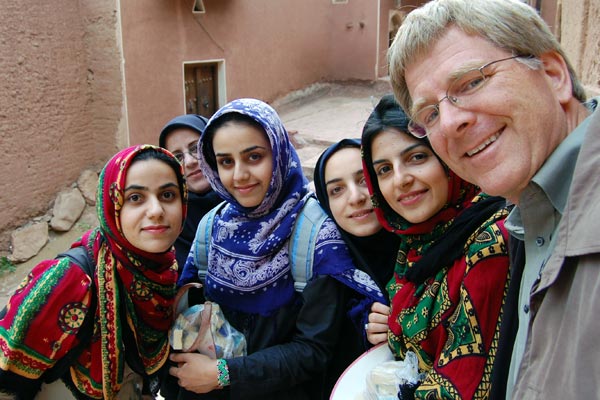 What’s going on in the country? Is Iran safe to visit?

Iran is completely safe for travel. Crimes are very rare. There is no internal military violation or any kind of war. It’s not a gateway to any warzone. Iranians are not extreme people like most of the Islamic societies. Iranian Women are among the most educated women in the world and have not to wear the burka. Iran has one the lowest risk for natural disasters such as tsunami or hurricane in the world. Let’s see what travelers said about it:

“Iranians are no terrorists, not everyone has nuclear weapons in the basement, and the Islamic Republic does not mean Islamic State. I felt safer in Iran than in so many dark corners of European cities.” Said German backpacker Clemens Sehi.

“Iran is a very peaceful country and one of the most stable nations in The Middle East; just don’t get caught breaking the rules. Iran really is a super safe place to travel and plenty of women travel solo in Iran without any issues.” Said Will Hatton about his safety in Iran. for more information about travel to Iran as a solo woman, check out this article: Is it safe to travel to Iran as a solo woman?

Want an American experience? Look what Shara Johnson said. “However, other than around vehicles, no, I never once felt remotely unsafe in any way. So, is Iran safe? You won’t meet people any more friendly than Iranians. They were even extra friendly if they found out we were American – they were so pleased that we weren’t afraid of them and were visiting their country.” 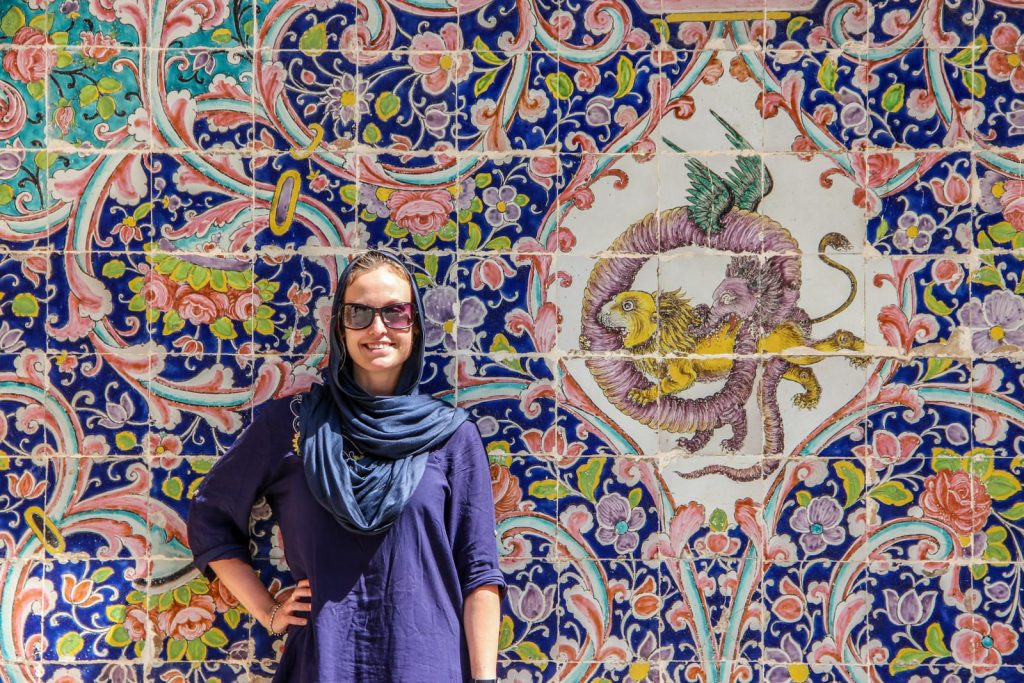 traveling to Iran as a solo woman

Where are the famous terrorists from? What is their religion?

Islam has two main branches: Sunni and Shi’ite. Sunni Muslims include 84%–90%, and Shi`ite Muslims comprise 10%–16% of all Muslims. More than 90%-95% of Iranians are Shi’ite Muslims, the official religion, and the remaining associate themselves with the Sunni branch of Islam and non-Islamic religions including Zoroastrians, Jews, and Christians. All of these minority religions are officially recognized and protected and even have reserved seats in the Iran parliament. So there has never been any religious violations in Iran like other Islamic countries and all Iranians have lived together without any problem over the centuries.

All of the recent major terrorist groups including Al-Qa‘ida, Taliban, and ISIS associate themselves with a radical branch of Sunni Muslims, the “Wahhabis” (also called “Salafis”) and believe that Shi’ites are not Muslim. These groups have not any territory or supporters in Iran. None of the suicide bombers in USA, Europe or anywhere else have ever been Iranian or even Shi’ite. Just look at the following map that shows top countries most of the ISIS supporters tweet from, according to the Brooking Institute.

Iranians are proud of their long history of civilization and culture with the world’s richest heritages in art, architecture, and culture. They do their best to welcome the travelers especially the westerners to show that Iran, their beloved country is far different from what they see in the media. Let’s see what travelers said about it:

“For the whole time I’ve spent there I didn’t encounter even one situation when I would have felt in danger or even uncomfortable. Unlike other countries that are top tourist destinations but can be challenging for solo women (I’m looking at you Morocco) Iran was completely safe!” Said Kami Napora from Poland on her website about her trip as a solo woman.

“In Iran, even if I put a scarf and a coat, I mean – everybody sees my green eyes and blond hair, somehow. So I do look different. And it’s the first country, I felt a total respect and no single “hey hey girl” look from any man. Man could say a compliment, even a very beautiful and metaphoric one, but in a super polite, respectful way.” Said Brussels based traveling family on their blog The Family Without Borders about how comfortable they were in Iran. there are some issues that you should consider before traveling to Iran, for more information check out this article: The Ultimate Guide: 9 General Issues to Consider before Traveling to Iran 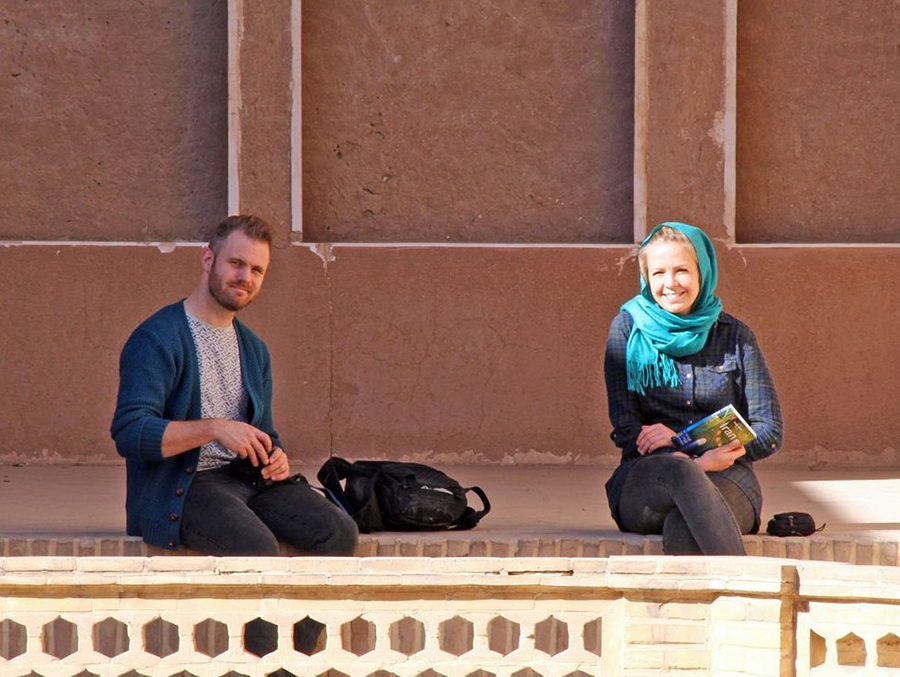 Who are the Americans detained in Iran? Traveler or Journalist?

Democracy and human right norms in Iran are very different from international norms. The government in Iran, as a conservative Islamic Republic thinks completely different about these issues. It has very strict laws about political activities and journalism. Yes! I know! There are detained Americans in Iran. But they were not travelers or simple tourist come to visit beauties of Iran. Most of them are Iranian-American people that detained because of their military, religious, or journalism activities in Iran and not because they traveled to Iran. They may be innocent according to the USA rules, but they broke the Iran’s government rules. So as a traveler you can be sure to enjoy the Iran’s stunning ancient sites, friendly people, and rich culture. Tracking American travelers? It’s a funny joke! Let’s see what travelers said about it:

“It’s impossible for us to know whether or not we were being tracked, but it certainly didn’t feel like it. We walked the streets and engaged with local people. It all felt very safe and normal; we were never concerned for our personal safety.” Said Daniel Noll and Audrey Scott about their trip to Iran. you can book Iran hotels easily with 1stQuest.com.

“People we just met on the streets, who came up to us as Westerners and asked where we were from, were so pleased we were visiting from America, and asked us, “Why does America hate us?” Or they would say, “See, we’re not such terrible people!” They were genuinely hurt that Americans think so poorly of them.” Said Shara Johnson about what Iranian People think about Americans. Iran trip would be one of the best trips you’ve ever had, for more information check out this article: Iran Trip: 7 Reasons Why It Will be the Best Trip You Ever Took