We all have been there; having to wait for our delayed flight back home or to a new destination for a slow-going couple of hours that makes us think “What possibly have I done to deserve such a fate”. The mental image of having to sit on airports unpleasant seat for some hours is so tiresome that many of us decide to just give in to them and just fall asleep right on them where we should go to an airport hotel.

Now, I’m not talking about sleeping in one of those small canteen-shaped rooms of capsule hotels in Tokyo Narita Airport or the izZzsleep Capsule Hotel in Mexico City’s Benito Juarez International Airport which are both intimidating and curios at the same time. The IKIA’s hotels in Iran are more of traditional hotels with standard amenities and no weird-looking rooms that are big enough for grown weary passengers to take a nap without the fear of bumping their heads into the side walls. These hotels will, by far, guarantee a comfortable and easing stay than a rocky sleepover on one of the IKIA’s benches which nobody wants to go through, before or after arriving at Tehran’s international airport. you can book Tehran hotels easily through 1stQuest.com

The idea of rigging the capital city of Tehran in Iran with the country’s largest aerotropolis (a growing airport city) can be traced back to the days before the 1979 evolution when the name for this enormous project was first to be “Aria Mehr” airport. However, like everything else, the name of this massive premises also changed after the Islamic revolution to “Imam Khomeini International Airport” and after a few bumps along the way like an 8 years-old war with Iraq, sanctions, and some French aircraft companies, finally the IKIA international airport of Tehran was operational. With a busy schedule of in and out flights to almost every continent (except for the American one), each year millions of passengers get the chance of watching the landscape of Tehran from an aerial view and above while their thousands of tons luggage steadily ramble in the cargo hold. Parallel to other places in this world, Imam Khomeini International Airport’s hotels are the best place for you to rest your head a couple of hours before getting on the plane or just to sleep off the jet leg of long exhausting flights. 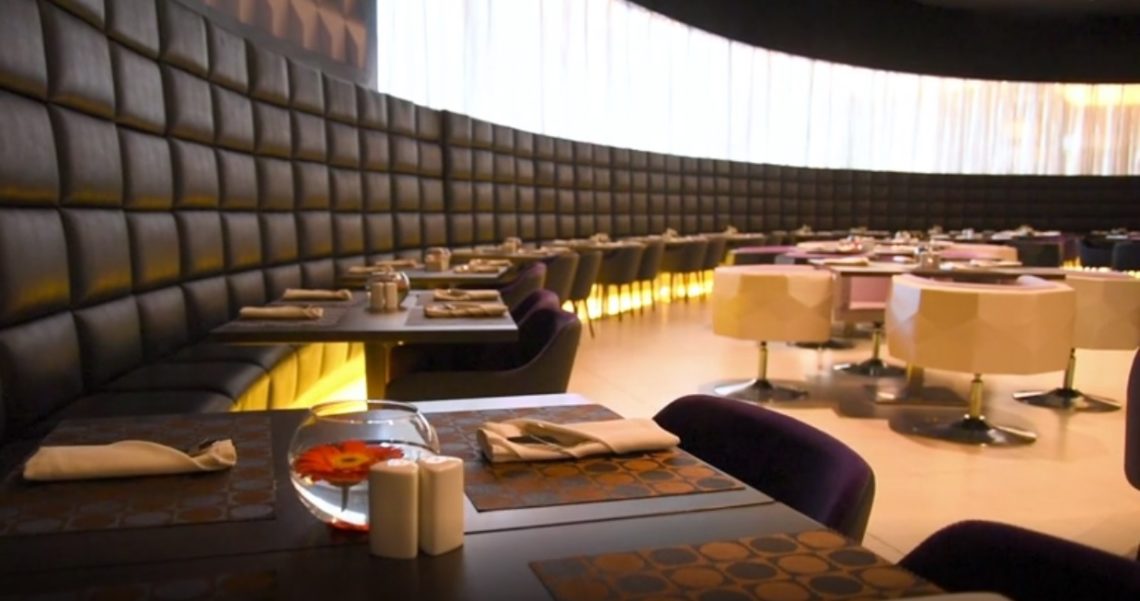 The Imam Khomeini International Airport (IKIA) aerotropolis has a long way to be finished and for that reason, the IKIA’s hotels are limited to only two. Ibis hotel is located on the opposite side of the airport’s main terminal right across the highway. This means that only a 10-minutes walk to the south of the airport over the Persian Gulf highway (over a pedestrian specially-designed bridge) will get you to hotel which has a great access to the city; It’s only 45 minutes away and taxis and other public Tehran transport can get you to the downtown or you can even get a Snapp (Iranian version of Uber) with relative ease. Another type of transportation that is regularly accessible to all incoming or outgoing travelers is the free bus shuttle between the airport terminal and the hotel for the elderly and the people in need.

The staff of this beautiful hotel that was formerly known as Axis Hotel, truly help to make your stay at Ibis a memorable one. They are professionally trained and highly familiar with the situation and the trouble and the stress that many of their guests might go through and go way out of their line to take the pressure of the guests and calm them down.

As said above, Ibis hotel is more of a traditional airport hotel compared to the type of new unconventional hotels you might fun in many modern airports which means roomy units with en-suite bathrooms and an interesting variety of facilities. The 4-star hotel, alongside its adjacent counterpart Novotel Hotel, are both branches a French multinational hotel group that do live up to their reputation. Roughly 200 big rooms are all spread on the hotel’s 11 floors. All of these business-classed rooms are equipped with standard modern facilities like free WiFi connection, a TV, fire extinguishing system, IPTV, Iranian and western toilets filled with necessary toiletries, a fridge, a hairdryer, heating and cooling systems, and tea and coffee makers. However, don’t expect to walk into rooms of luxurious design and traditional style like many other hotels in Iran in general since you’ll find the quality and quantity of the furniture just in the right level for a few-hours stay. 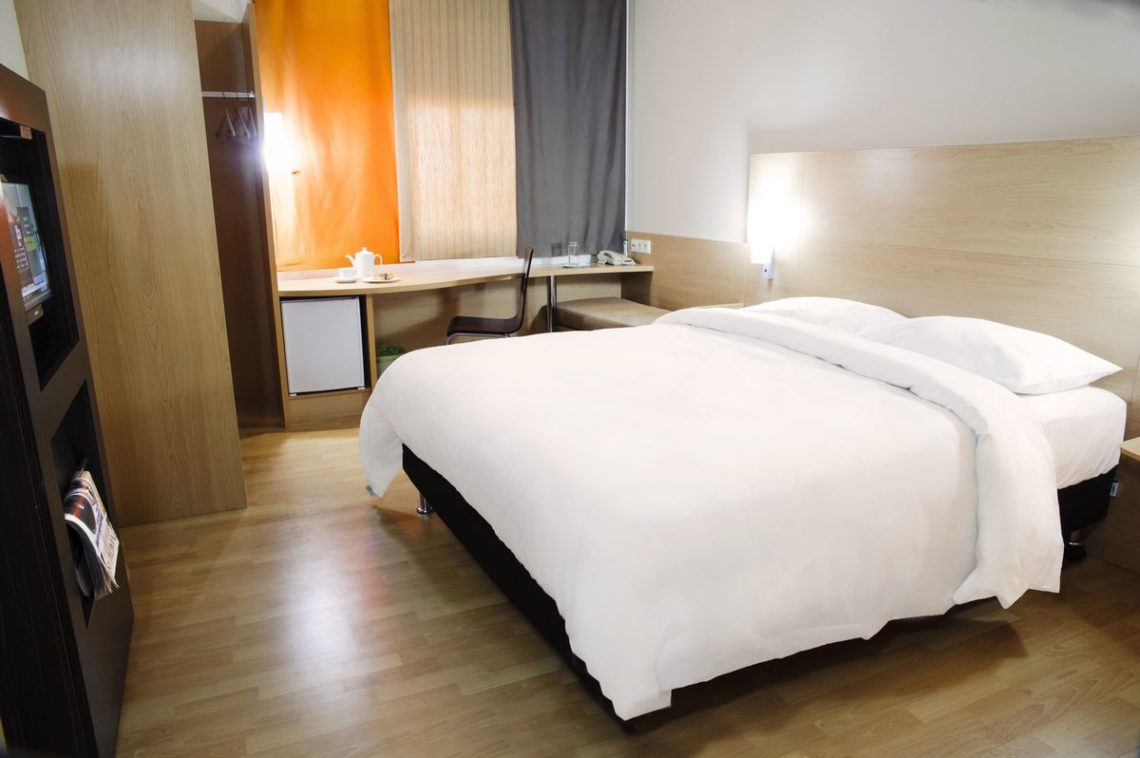 While these not-so-uncommon rooms have what we all expect and want to see in one of IKIA’s hotels, there is a special offer for passengers who stay at Ibis hotel that sounds a little bit bizarre to regular people but not for tired weary travelers arriving at Tehran’s international airport. For people who don’t have a lot of time to spare and are planning to spend a few hours close to the airport, the option of booking a room at Ibis hotel for a couple of hours, or a short-stay, is available and has proven more than effective for worn-out tourists and travelers, eventually aiding them to get back into their good mood after a few hours of sleep and receiving some great offers. During this time, guests can use different facilities such as the hotel pool or sauna and can enjoy food from a specially-made menu with somewhat high prices but still pretty tasty. For those reaching the airport hotel in daytime, a daily stay is also available but be aware that free breakfast isn’t included on short-stays.

Also check out: Top hotels in Tehran for foodies

Other things that you should know are that the hotel as a 24/7 reception with a good internet connection and adjoining fitness center and meeting rooms with its more-expensive neighbor hotel, the Novotel hotel. 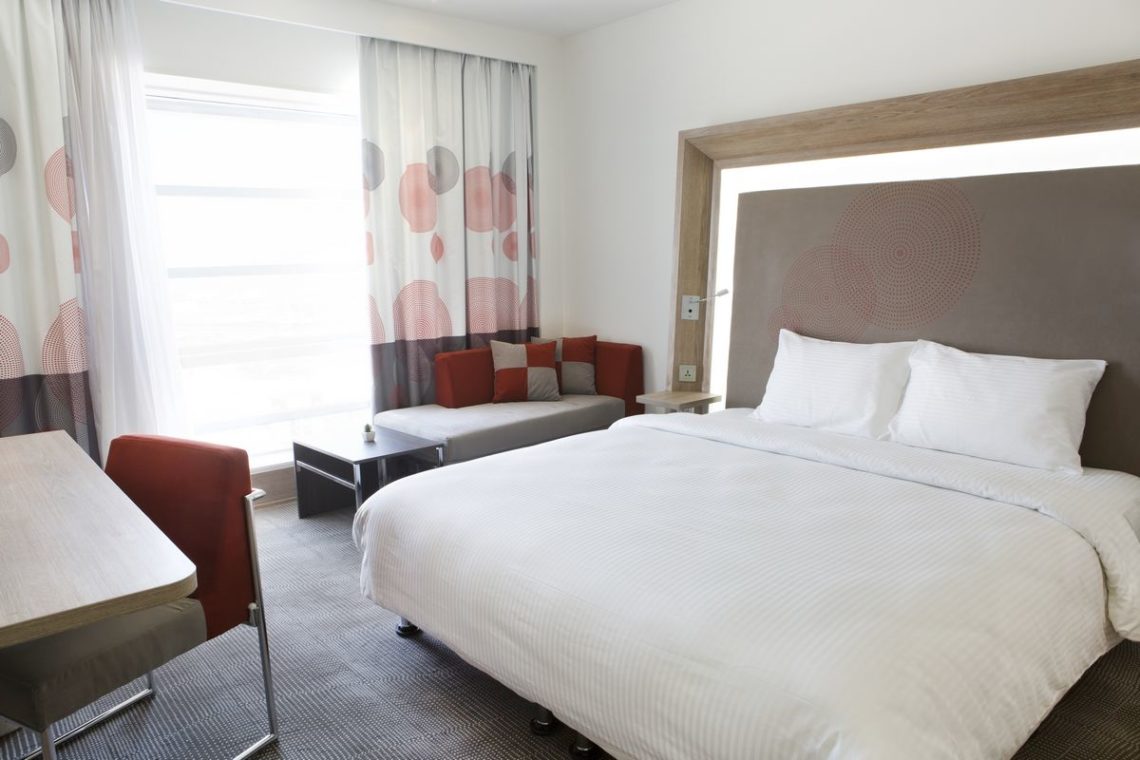 As a twin to Ibis Hotel, the Novotel Hotel stands inseparably besides Ibis Hotel just in front of IKIA. If you’re willing to loosen up the purse strings, then the second one of IKIA’s hotels is the place for you and you should definitely book a room there. Novotel Hotel is a 5-star accommodation with more than to offer than the typical “5-star hotels” you will come across on your journey through Iran. This modern and feature-packed hotel will not make your draw drop but it will make you feel welcomed and sometimes overwhelmed with amenities and services. However, don’t let the shiny look distract you. Services and amenities on a global scale don’t mean that the hotel doesn’t have the key feature that all Iran hotels hold which is unconditional Persian hospitality. The professional and courteous staff of the hotel will take it personally if you don’t have a good time while staying at their hotel and will do everything in their power to provide you with all that you desire.

Same as its twin, scheduled bus shuttles run from the magnificent hotel to the airport and the other way around at regular intervals. Being built on IKIA grounds means that you have the option of booking a room in this hotel, via 1stQuest.com, with a view of a flying aircraft or the hotel land. This IKIA hotel is part of an Accor Group operated hotels too, same as Ibis Hotel.

The rooms of the hotel all follow the group’s international standards. They present the guests with an en-suite bathroom, free WiFi internet connection, IPTV, working desk, tea and coffee makers, TV sets, AC systems, and pretty much anything that Ibis Hotel rooms have to offer and more. The staff carefully clean the rooms after each check out to compliment the contemporaneous design of the unit. The total amount of the rooms go up to 296 units on eleven floors with e-keys which will be handed to the guests after the formalities at the reception are over.

Also check out: The best hotels in Tehran

As for the facilities and special features of the hotel, the sumptuous lobby is big enough to fit 80 people at the same time. A free parking space shared with Ibis hotel and the capacity of holding more than 400 cars, the Galaxy restaurant with different international dishes to serve 115 guests simultaneously, free swimming pool accompanied with sauna and Jacuzzi baths, the Persian diner called Vadi restaurant for delicious Persian food dinners, a smoking room, kids playground, a traditional tea house, a coffee shop, a beauty salon, and many more are ready to match every lodger’s needs. 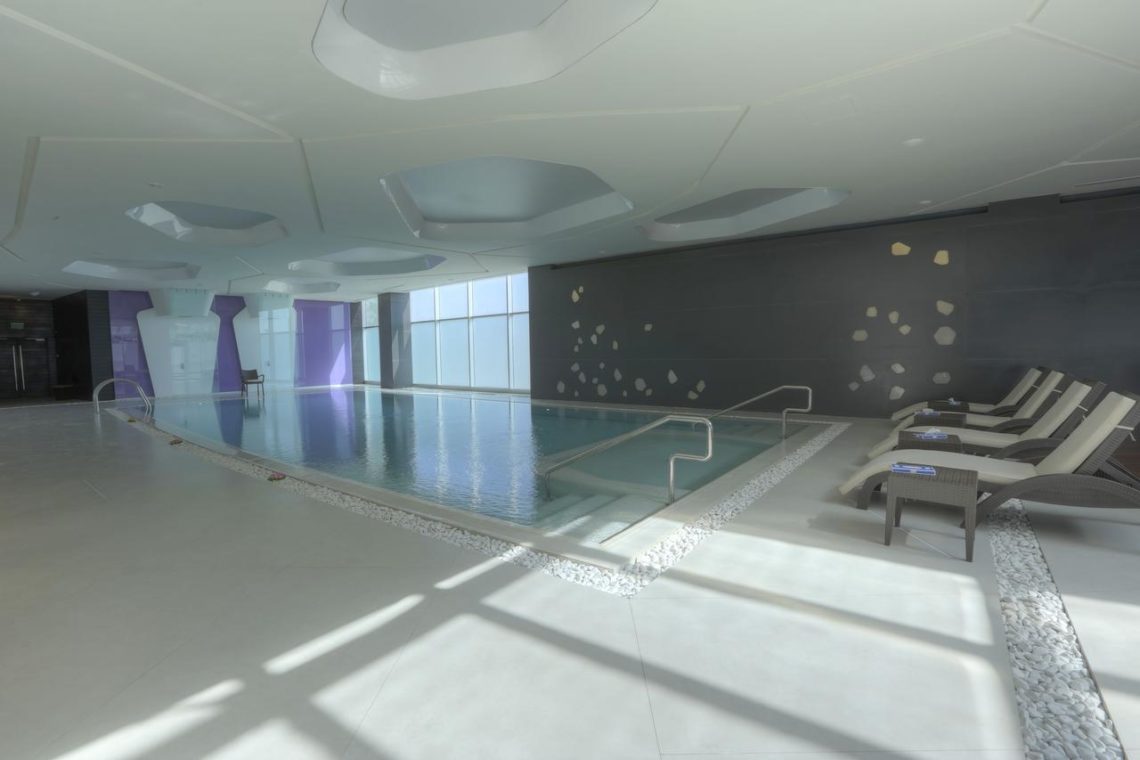