Bus Rapid Transit system, commonly known as BRT is one of the latest mutation ways used in especially big cities across the world for transportation objectives. BRT Tehran facilitate public transportation task by applying speed buses. As like other parts of the planet, Iran has integrated such a system to meet its daily transportation needs as well. Nowadays, most major cities of the country, including the capital, have their own BRT routes and buses.

Tehran’s red and double-decked buses of the 1980s and 1990s have now become modern and colorful full-of-ads speed buses which ease transporting thousands of people every day. As the capital of the country, Tehran enjoys one of the most efficient BRT systems across the globe. 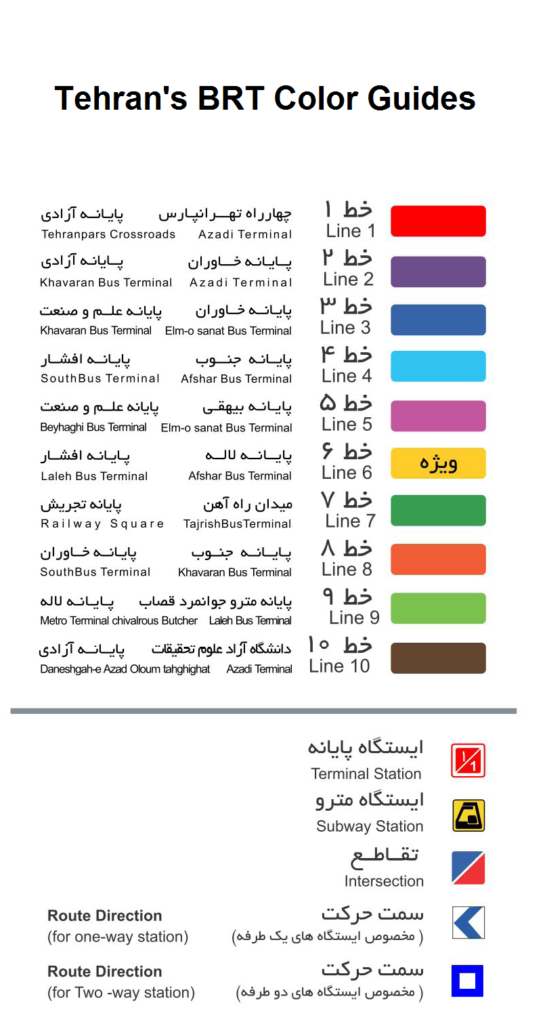 BRT or the metro

Comparing to Tehran Metro, the city’s BRT system has some major advantages;

Firstly, Tehran’s BRT system is a 24-hour medium while the run time of Metro ends at 11 PM.

And as the last but not least one, some tourism-related destinations in Tehran, along with many other daily-needed places in this megacity, are only reachable through the city’s speed bus system; the feature which is yet to be achieved by Tehran’s still-developing Metro service.

Tehran’s speed bus system is the major medium to take you from the east to the west and from the up-town to the incredibly crowded down-town in the fastest way you may imagine.

As one of the main means to get to the desired destination across the overcrowded capital, the 10-line routes of Tehran’s BRT System are listed below along with the start and endpoints of each line. The number of stops as well as the covered distance by each line is also included in the following table.

Also check out: museums in Tehran

The table is followed by the full map and colorful guides that show each route. 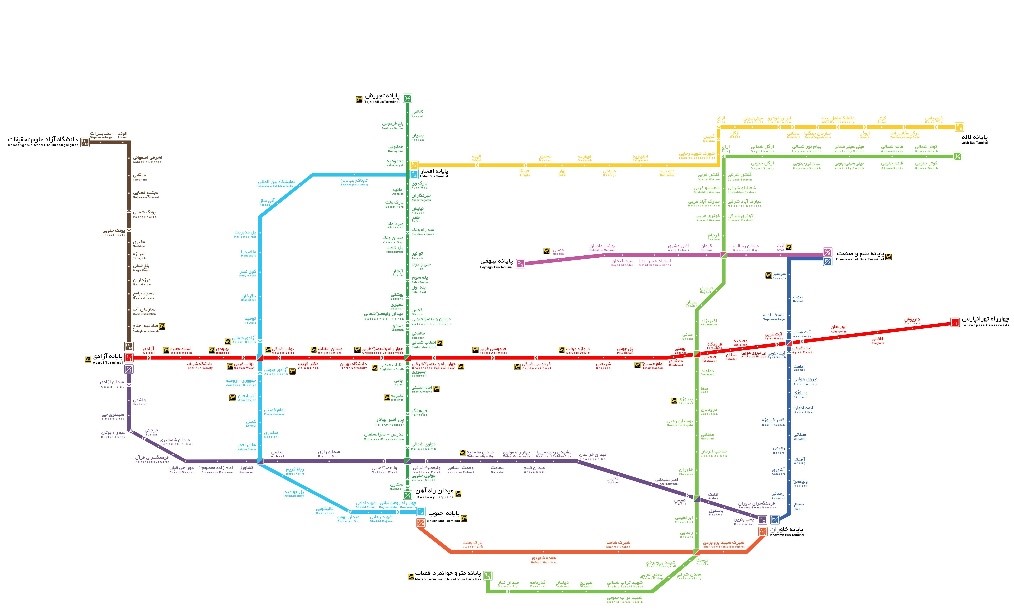