Dress codes can be real deal-breakers. Whether you’re a nurse who has set a Guinness World Record for a 26.2 miles race dressed as a nurse but are rejected for your scrubs with trousers being “too much like a doctor’s uniform” or getting booed and harassed in your hometown university for not wanting to wear a shawl in a European country, different cultures favor different dress codes.

You can’t talk about cultural diversity and not have the name “Iran” come to your mind, right away. The cradle of civilization plays host to more than 19 major tribes (Lors, Kurds, Azaris, Arabs and etc).

For Iranian people, good looks are as important as being kind-hearted and hospital. That’s why every Iranian, regardless of the region they live in, dresses to kill and bends even the most extreme mandatory dress code law to have a fashionable look. So, let’s get deeper into the cultural preferences and dress codes of Iran.

For more information about the customs of Iran, check out this article: Iranian customs

But don’t be alarmed, we’re not going over all 2500 year of clothing evolution in Iran. We just want to have a snick pick at the last past 40 years, since the Islamic revolution shifted the crowd’s attitude towards outfits and what to wear outside. Since the 1979 revolution of Iran, Islamic government took over and indicated conservative Islamic dress codes for the public, people who before the revolution, were on the same track as the west’s 70’s hippie culture and colorful patterns on the clothes and loose-fitting clothing was a trend among Iranian youth. 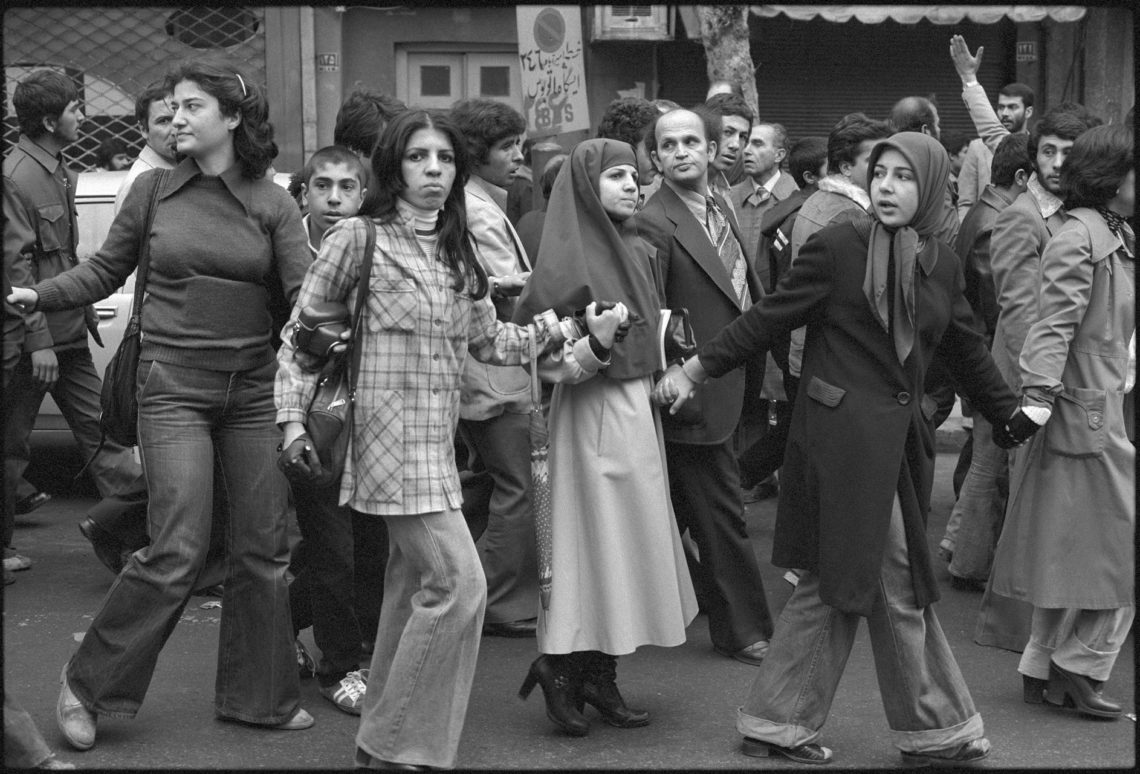 Some liked the new changes, and some didn’t. The only thing we know for certain is that over the years, the Iranian people never lost touch and now they know how to be fashionable even inside the heavily restricting dress code rules.

Today’s Iran is filled with fashionista youth that takes the matters into their own hands and picks the clothes they wish to wear following the newest trends and of course, playing the government as a fool.

Back then in the early days of the 1979 revolution, Chador was an extreme Hijab choice for women; a long black fabric that covered them head to toe and so oversized that sometimes they had to roll the sleeves over their arms few times in order to use their hands.

Today, black Chador can rarely be seen in the streets, especially in the more western-impacted cities and women only wear them when they want to go to the mosque or other Islamic shrines.

Another option available to women back in the ’70s, that they mostly wear now, is called a manteau. This is a long tunic/coat designed to drop down to a female’s knees but, with each passing year the length of manteau go shorter and new fashionable styles win the hearts of the Iranian women. As on European tourist said in her blog, the younger the woman, the shorter the manteau. The manteau doesn’t cover the head that’s why another clothing item called a “Shawl” is required for women. Think of a shawl as a soft colorful loosen headscarf that covers women’s hair, or at least that’s what it was originally designed to do.

Iranian women have a keen sense of fashion and that’s why a huge number of them choose manteau and shawl over the more traditional chador. This way they can dress as they wish, bend the law, pose as models (yes, heard it right), and outclass women from other countries that chose or have to wear the Hijab. if you are a solo woman and want to travel to Iran, check out this article: Solo female traveler to Iran 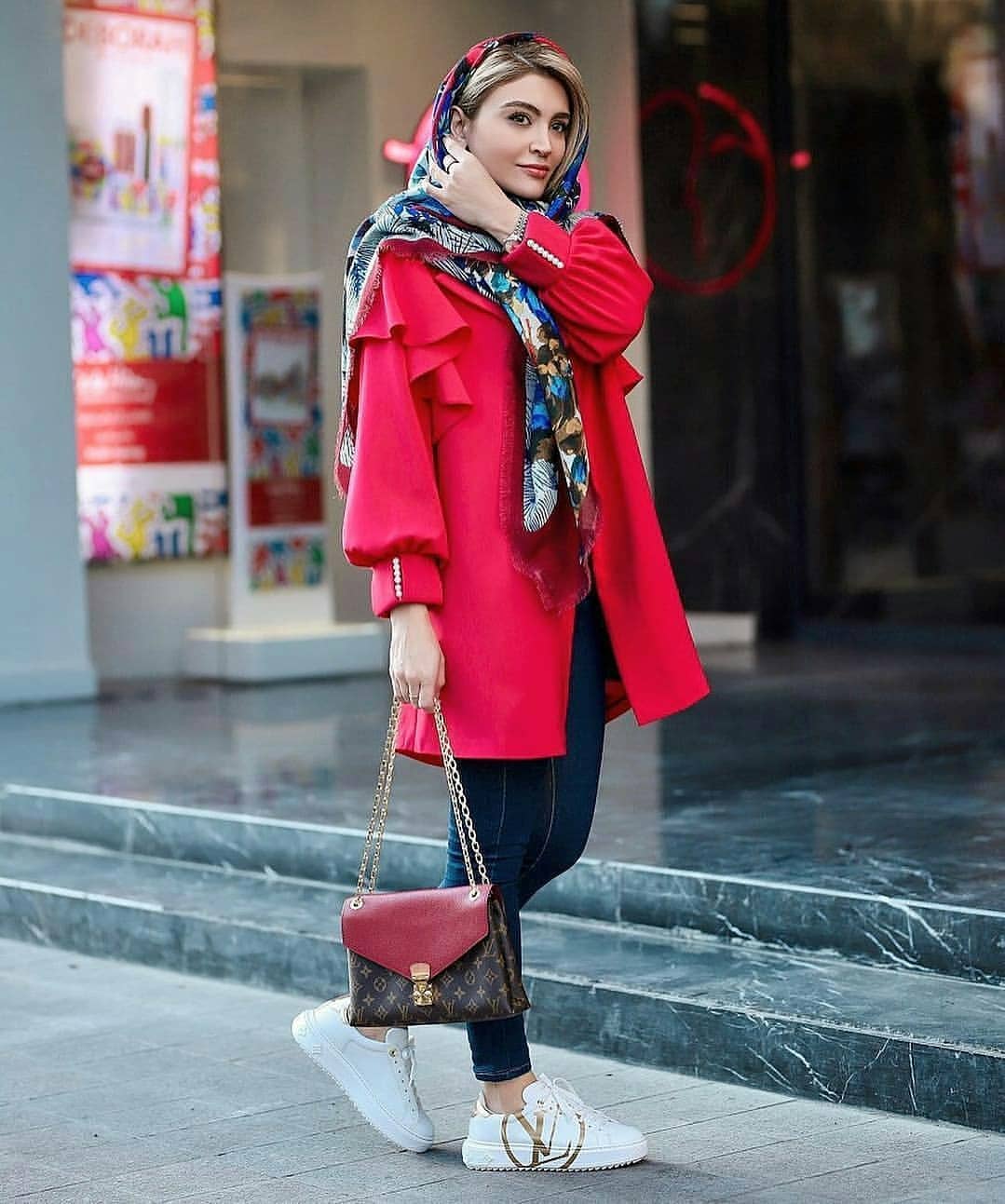 Dress codes apply to men too. Not that they have to put on a Chador or something like that, because that’d be a sight to see. They are required to wear long pants and never walk in public in shorts. Also, when it comes to tops, anything except sleeveless shirts is acceptable, although from now to then you might see a sneaky Iranian man wearing such a shirt for a grocery run or in an outdoor tour outside the city. Well, that’s just an exception and doesn’t count. Socks are of personal preference.

How Iranian people use makeup

It’s hard to walk in a street of Tehran or other major cities and see a woman who’s not wearing makeup unless she’s working in a very high profile governmental office or she’s having a really bad day. Iranian women wear makeup to almost every occasion and even if they’re in a rush, they wouldn’t leave the house without rubbing a little powder onto their chin! Makeup is an important part of their style.

If you are in luck, you might see men wearing makeup standing in the streets that are labeled with the names of the fallen Islamic heroes of past wars. is Iran safe? for more information check out this article: safety in Iran

Dress code for tourists in Iran

Female tourist can dress up in the modern Persian-Islamic style while traveling to the different parts of the country. Many Iranian people and even the government have come to terms with how tourists should look. They understand that because of the cultural differences, it’s okay for female tourists not be on point with their clothes and Hijab.

Women can pack leggings, trousers, skinny and baggy jeans (since Iranian girls wear them too) for their trip to Iran. Manteaus need to cover ¾ of their hands and cover their body and hips down to the buttocks. Also, it doesn’t matter what color or style of shawl or any headscarf for that matter, as long as it covers the head and the neck, it’s enough. Actually, Iranian people welcome colors and appreciate colorful clothes and makeup. Female tourist can pass on the sock if they want to, especially if they’re traveling to Iran in the summer (June to September).

An important rule is not to take off the shawl or the headscarf in restaurants, shops, and even hotel lobbies.

As pointed before, men can wear almost anything they want, except for shorts and sleeveless shirts. When summer hits, many men don’t wear sucks too.

As for winter in Iran (December to March), I think there’s no need to cover clothing choice since every outfit is as big as possible to keep the owner warm. More coverage, more obedience of Iran’s dress code. you can book Iran hotels easily through 1stQuest

Most of the Iranian tribes which have deep history and story in the Iranian history which leads up to them having different backgrounds and cultural preferences, resulting in them having different ideologies about dress codes and especially what women should wear. In many of these tribes, men get their fair share of cultural dress codes too but, because of religious views, women are the centerpiece of every controversy and them wearing the Hijab is a must.

Tourists that are planning to visit these tribes and nomads, should cover their hair and hands unless you are told otherwise. Keep in mind that tribes in Iran have some very conservative beliefs and they are not used to meeting tourists. So, be careful not to offend them and try to follow their dress code.

Dress code in Iran
by Ali Habibi
Leave a comment 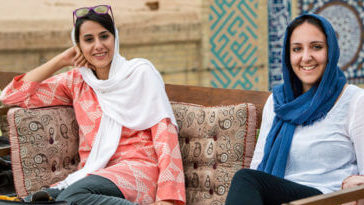 Tip to the Trip
Do tourists have to wear a hijab in Iran?