Traveling in Iran by train; a steaming memory

Once the peak of technological advancements and the reason for all the people’s draws to drop, trains still are quite popular all around the world, even with airplanes dominating the skies and cutting far distances into just a few hour flights. Since their introduction into the modern world, trains have played an unparalleled role in the developments of countries, especially those in the Middle-East.

In Iran, in particular, trains are still in style and traveling in Iran by train is popular among the people, young and old alike. The first Iranian steam-powered railway started working around 132 years ago when a French engineer by the name Fabius Boitel received a concession from Iranian’s Shah, Naser-al-Din Shah, to build a small inter-urban railway from the capital Tehran southwards to the Shrine of Shah “Abd-al-Azim”, an important pilgrimage destination for people in Ray district. However, the real deal hit Iranian society nearly 90 Years later. By the orders of Reza Shah, the first national railroad was constructed in 1927, a long-awaited dream. This lengthy railway cut the country diagonally into half and connected the eastern shores of the Caspian Sea to the Persian Gulf and Imam Khomeini port, one of the most important ports in the south, cutting through the capital city of Tehran. Today, Iran’s rail routes stretch more than 13000 Kilometers going all around the country and connecting even the most remote areas to the fast-growing cities, throughout the beautiful landmarks of Iran, making traveling in Iran by train a magical experience for those fascinated in the rural life of Iran. Over 13000 kilometers of railway in Iran, take any traveler to heavenly untouched wonders inside Iran inaccessible by roads and cars.

Also check out: Discover Iran on a plane, train, and ferry

For these reasons, traveling in Iran by train can be a fantastic experience for everyone.

Much of Iran is inhabitable and hostile with different scenic views of high mountains, massive deserts, vast jungles, and impressive remains of the ancient history of Iran. In the north, the breathtaking railroad attractions paint the picture seen through the window of every train green. If you excited about traveling in Iran by train, don’t forget the name Gadook. The high mountainous pass of Gadook, in Mazandaran province, gifts passengers with the unique beauty of Iran’s northlands dotted with the occasional local huts. If you’re thinking that this can’t get any better, wait until you buy a ticket for the unforgettable ride on the train from Tehran to Gorgan, the neighbor of Mazandaran. This railroad is globally famous for its blazing natural landscapes that enchant any observer. We highly recommend that you give this journey a shot. Though your trading of a 5 hours car ride with a 10 hours train ride, roughly a 4 Euros (5 Dollars) ticket through an unending vast of green lands is something that you should definitely not pass on. Another thing to add, people actually purchase a two-way ticket to Gorgon and then to Mashhad from Tehran just to have a more pleasant trip through the lavishing landscapes of the north, rather than riding the train directly into the desert area. 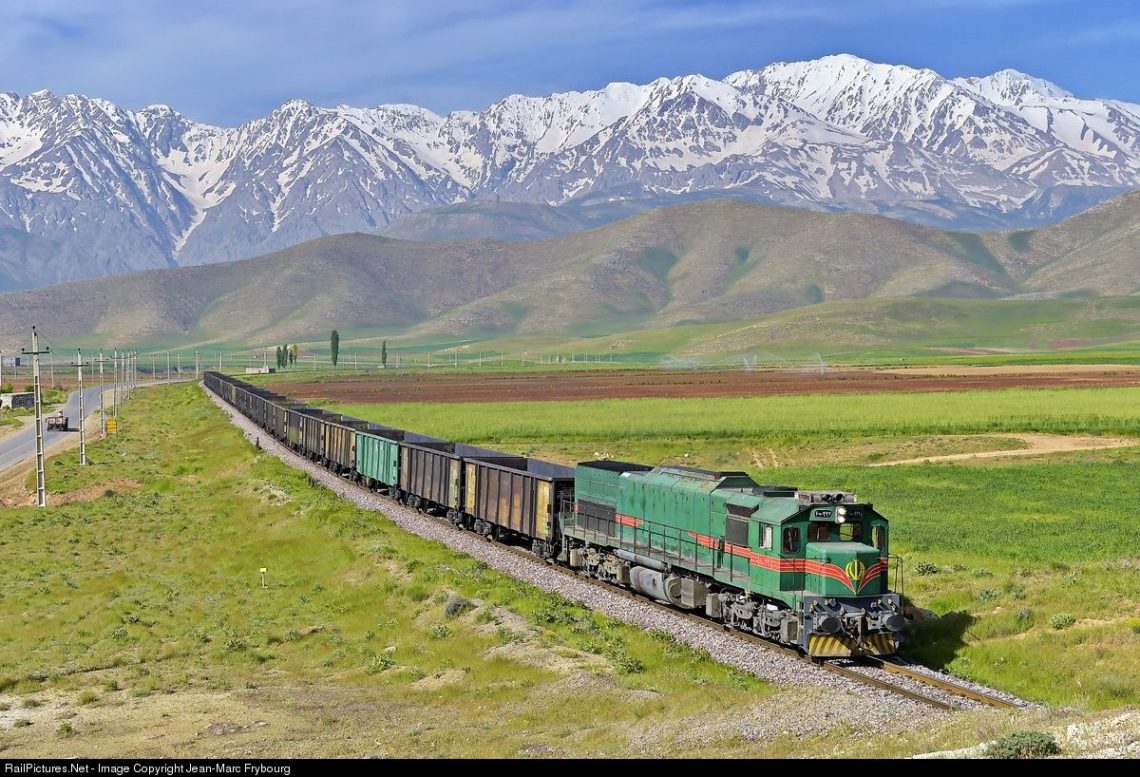 Aside from a ride to the north, traveling in Iran by train doesn’t only consist of railways deep in the green mountainous sides. Close to the western border of Iran, rest the awe-inspiring natural marvels only visible to the eyes of tourists and wanderers interested in roaming the country in the wagons of a train. Provinces such as Lorestan and Khuzestan are home to some of Iran’s most visually amazing – yet barely visited – waterfall, valleys, rivers, and other natural attractions. A Tehran-Ahvaz ticket is the only barrier standing between your way and a world of pure wildness, a journey that ends in you arriving at the ancient plains of Mesopotamia of Iran.

OK, enough of the train rides in the lush landscapes, let’s talk about the harsh environment of Iran’s central desert, through which many trains run to bring their passengers to their destinations.  Two huge deserts cover the central and central eastern parts of Iran, encompassing more than 10% of the country’s total territory. As hot and mind-blowing as it sounds, there are some merits to having such vast bare lands in a nation so demanding of trains and railroads. Numerous railways connect the capital – Tehran – to the major cities in the east like Mashhad, and in the southeast like Zahedan, through the mentioned deserts. The ride on the train, from Tehran to Zahedan, through the main deserts of Iran, means a closer look at one of the hottest places recorded on earth in the Dasht-e Kavir, near Kerman province. If you’re hyped about traveling by train in Iran, this train is the one you don’t want to miss.

Also check out: 7 days in Iran 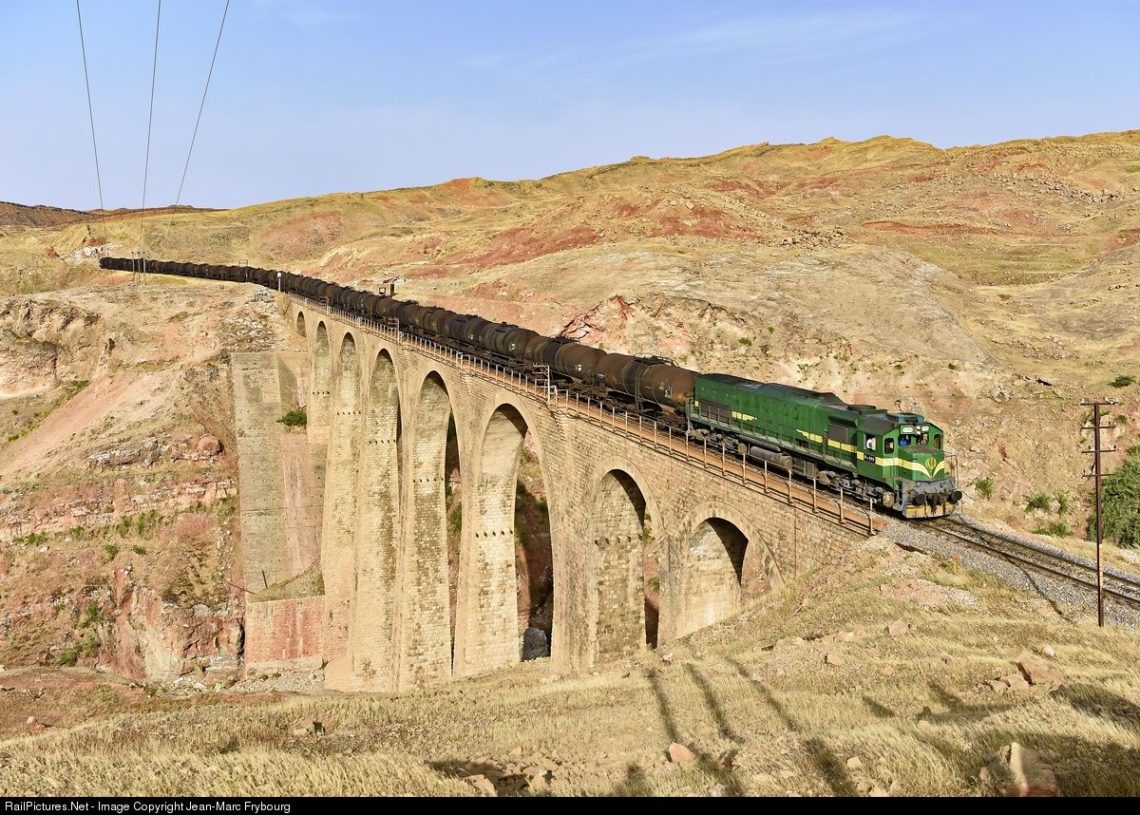 Traveling in Iran by train

Obviously, the torrid heat of the day and the freezing cold of the desert night is nothing to take lightly. However, the clear starry skies swiping the upper-head image at nights and the vast emptiness of the lands during the day will put you in an unconscious state.

As one of the top 20 architectural masterpieces in the Middle-East, after the world war 2, Mashhad trains station shines like a diamond among other railway facilities in Iran. This enormous building is designed and implied by Iranian architectures with a touch of ancient Persian style and elegance. As you walk through the entrance hall, you gaze upon an archway masterfully designed to resemble the Sassanian architecture employed to bring to life the Archway of Ctesiphon – the remarkable Taq-e Kasra currently located in Iraq.

If you’re traveling in Iran by train, make plans to head for the holy city of Mashhad. Between the masterfully designed railway station and the holy shrine of Imam Reza, it will be a double feature not to miss.

Also check out: traveling to Iran in summer 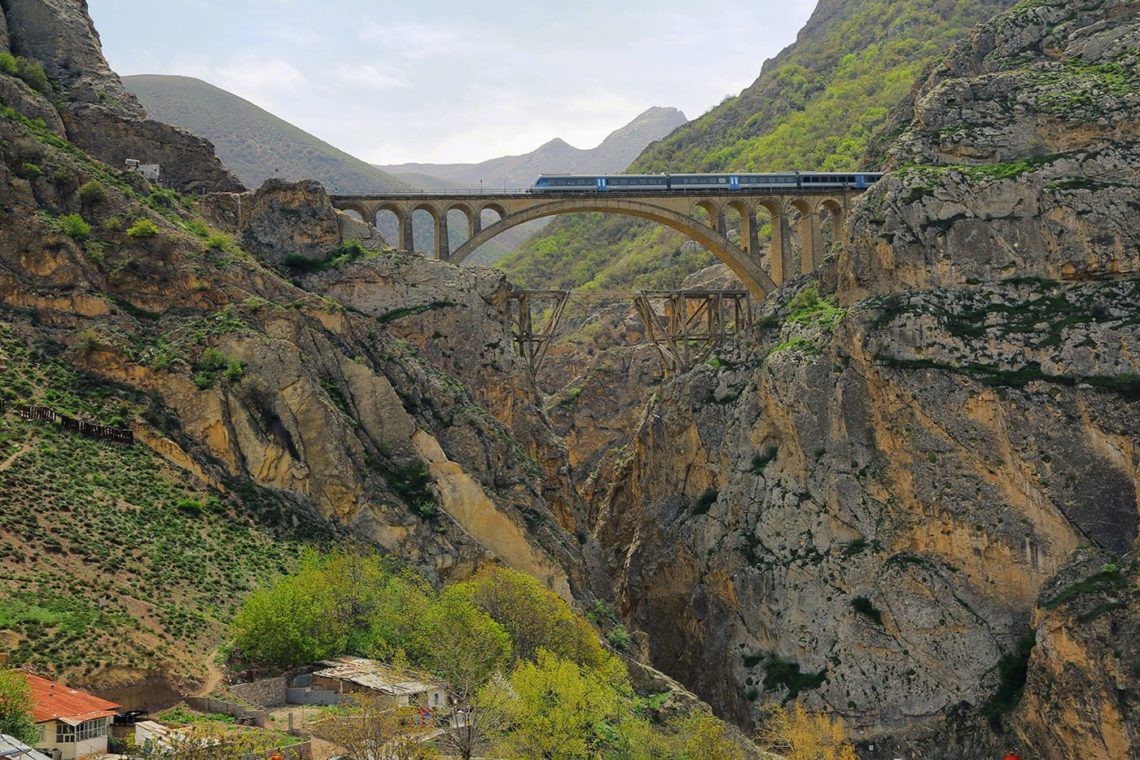 This bridge was constructed during the reign of Reza Shah, on the Veresk River in the vicinity of Savad Kooh. During world war II, it was reputedly known as the Pol-e-Piroozi, or the bridge of victory. The bridge is at an elevation of 110 m. and its arch measures 66 m. in length. The same is one of the masterpieces of engineering to do with the railway track in northern Iran.

To see Veresk Bridge, you should take the train from Tehran to either city of Gorgan or Sari and experience the pleasure of crossing a structure-less bridge at the height of 110 meters with an arch of 66 meters in length!!

Also check out: Cycling in Iran 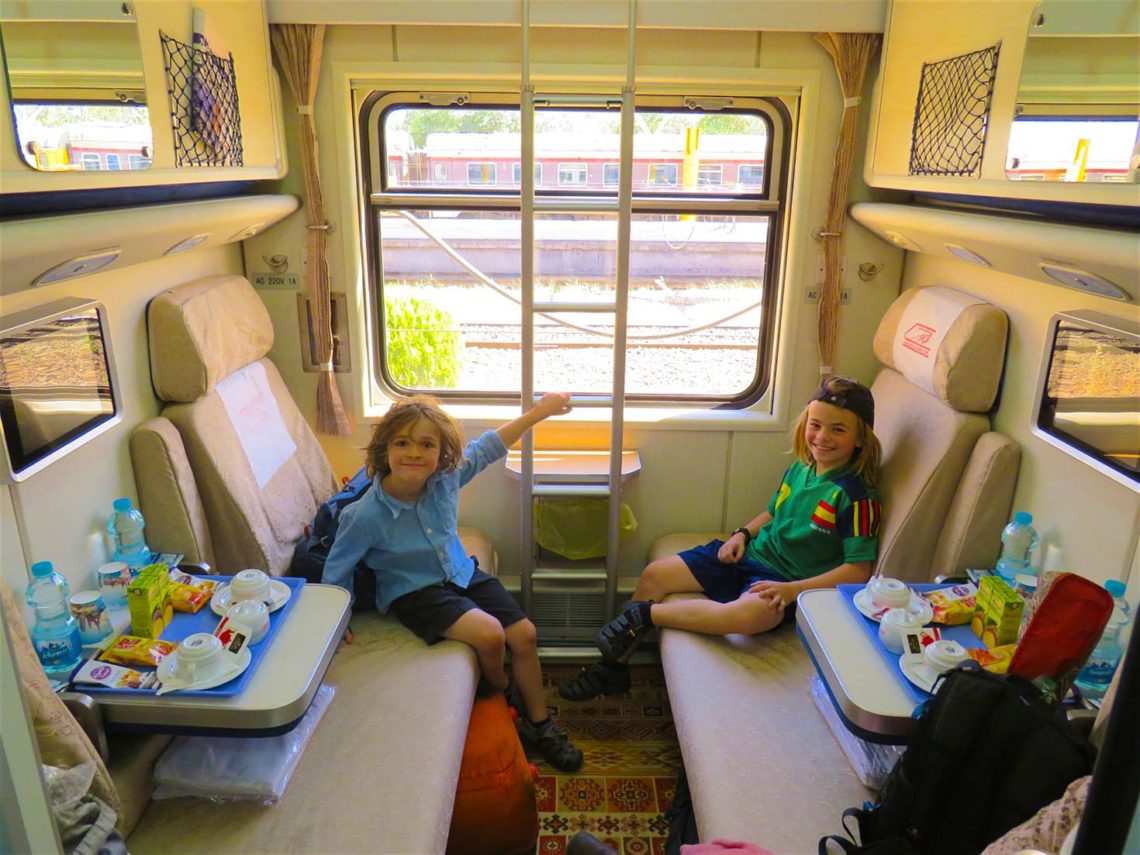 The majority of trains have two classes, though a significant minority have only one. If you decide a 2nd-class compartment is too crowded for you, you can often upgrade to 1st class along the way, provided there’s space. A seat in 2nd class costs a bit less than an ordinary bus, and a 1st-class seat is a bit less than a VIP bus.

On overnight trains (usually to/from Tehran), the 1st-class carriages have sleeper couchettes (ghazal) with four or six bunks. Solo women should strongly consider requesting a single-sex sleeper. On most 1st-class services, meals are served in your compartment and aren’t too bad. Long-distance trains also travel in a restaurant car.

The most comfortable trains are on the busy Tehran to Mashhad route. The Simorgh, for example, is more expensive than other 1st-class options but includes dinner, breakfast, a particularly comfortable bed and the mixed blessing of a TV. You can ask to be seated in a nonsmoking compartment.

Also check out: traveling with children to Iran

How to book online train tickets for Iran?

The best way to book a train ticket in Iran is via traveling websites and the official network of Iranian railways. Tickets can also be booked at railway stations up to a month in advance. Especially for trains leaving on Thursday, Friday and public holidays, it’s recommended you book ahead through one of the train stations around the country. If you’re planning on traveling in Iran by train, then make sure to check on these websites or just head to the railway station.