A Wonderful Experience in Yazd

The desert city of Yazd, located about 620 kilometers from Tehran or 310 from Esfahan, is an old town with a rich history. There are many things to do and see in and around this fascinating city, including significant Zoroastrian sites, the historic city of Yazd with its still-inhabited mud-brick dwellings, and the vast expanse of sand-dunes and desert activities. Along with its laid-back atmosphere and predictably dry weather, it comes as no surprise that Yazd is a popular tourist destination; there are several travel agencies with English speakers in the main town, with some goods and services even priced in euros. Two friends and I made a last-minute plan to go to Yazd over a 4-day weekend, and it quickly became one of my favourite Iranian destinations.

Getting to Yazd is quite easy from any of the major cities in Iran, with a bus terminal and an airport located just outside of the city centre. We learned the hard way that buses can fill up quite quickly over holiday periods, so book a week or two ahead – we had to book a private taxi there and back and although still not expensive, it cost significantly more than a bus! We left Tehran mid-afternoon and didn’t arrive until well after midnight, but thankfully the staff at our accommodation were up and waiting for us. We stayed at the Rose Hotel, which was very clean with a relaxed, welcoming atmosphere. The rooms are set up facing each other around a square indoor courtyard, where traditional Persian benches are arranged for eating, relaxing, or playing a round or two of backgammon.

Also check out: the best hotels in Yazd 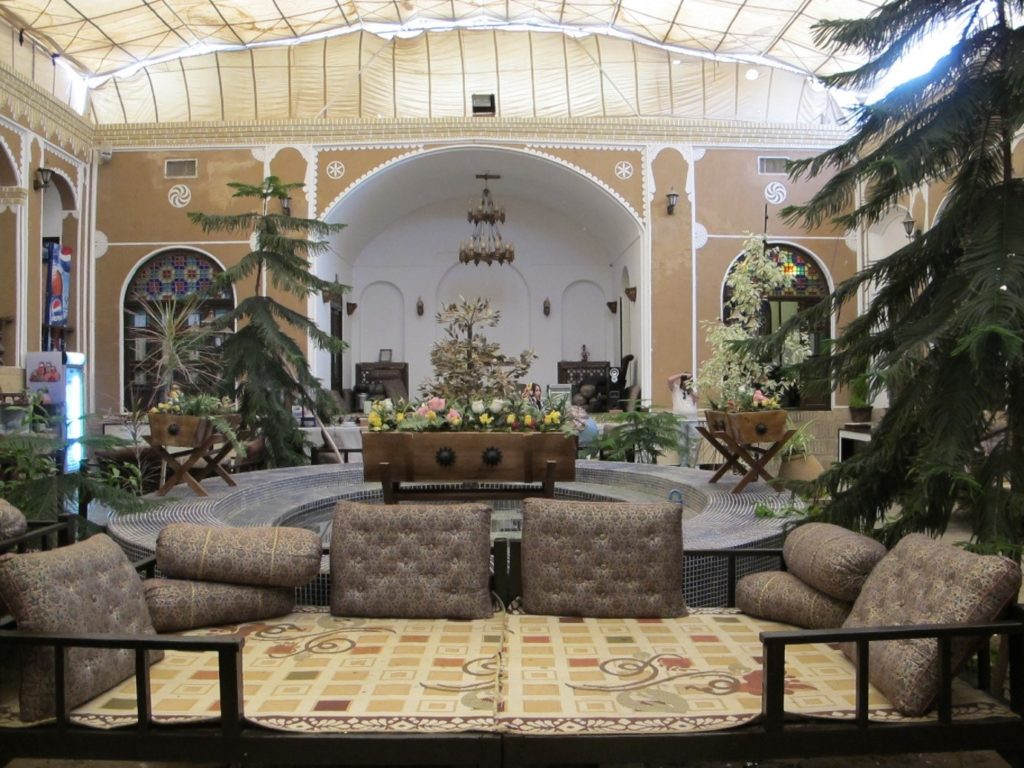 As our trip to Yazd was very poorly planned, our first task when we woke up was visiting the hotel reception to enquire about an overnight desert stay. The staff were very helpful and organized one night for us at Haft Sang camp, about one hour out of Yazd, including transfers. With this out of the way, we set off to explore Yazd: First stop, the Towers of Silence, a short drive from the centre of Yazd.

The Towers of Silence & Atashkadeh 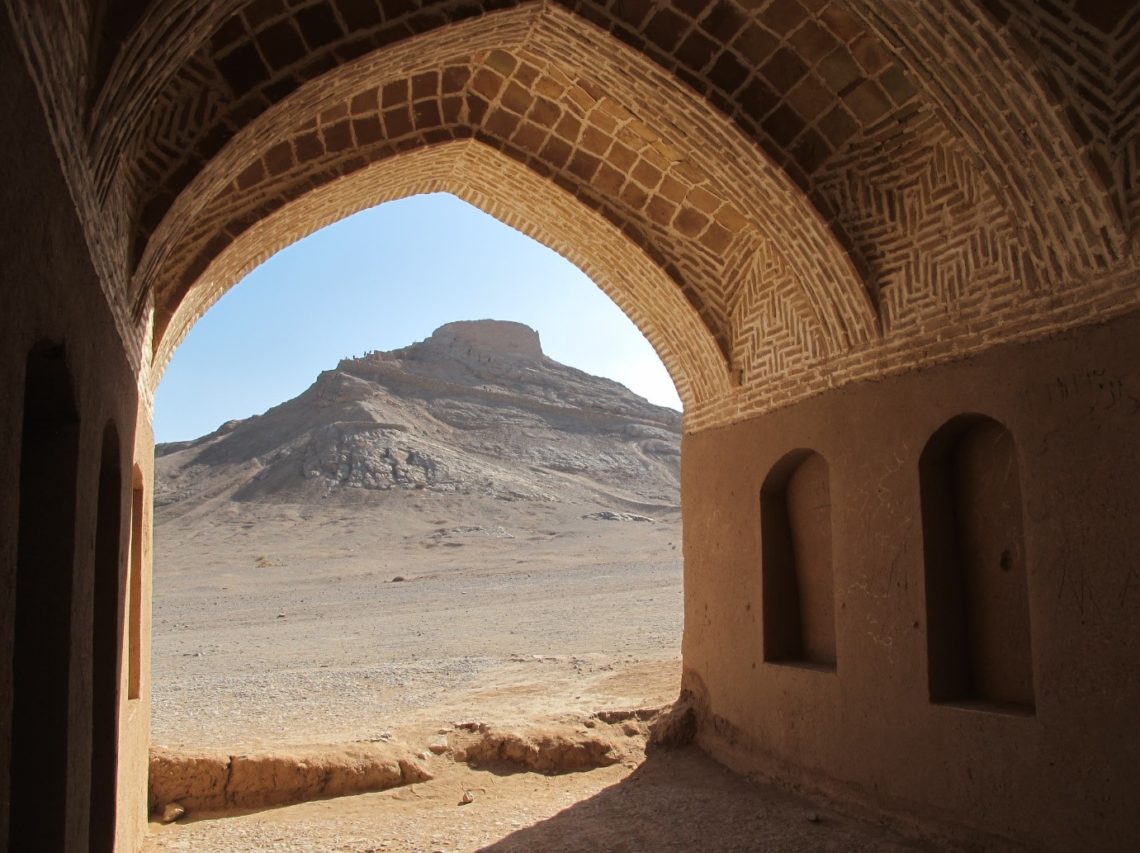 View of one of the towers 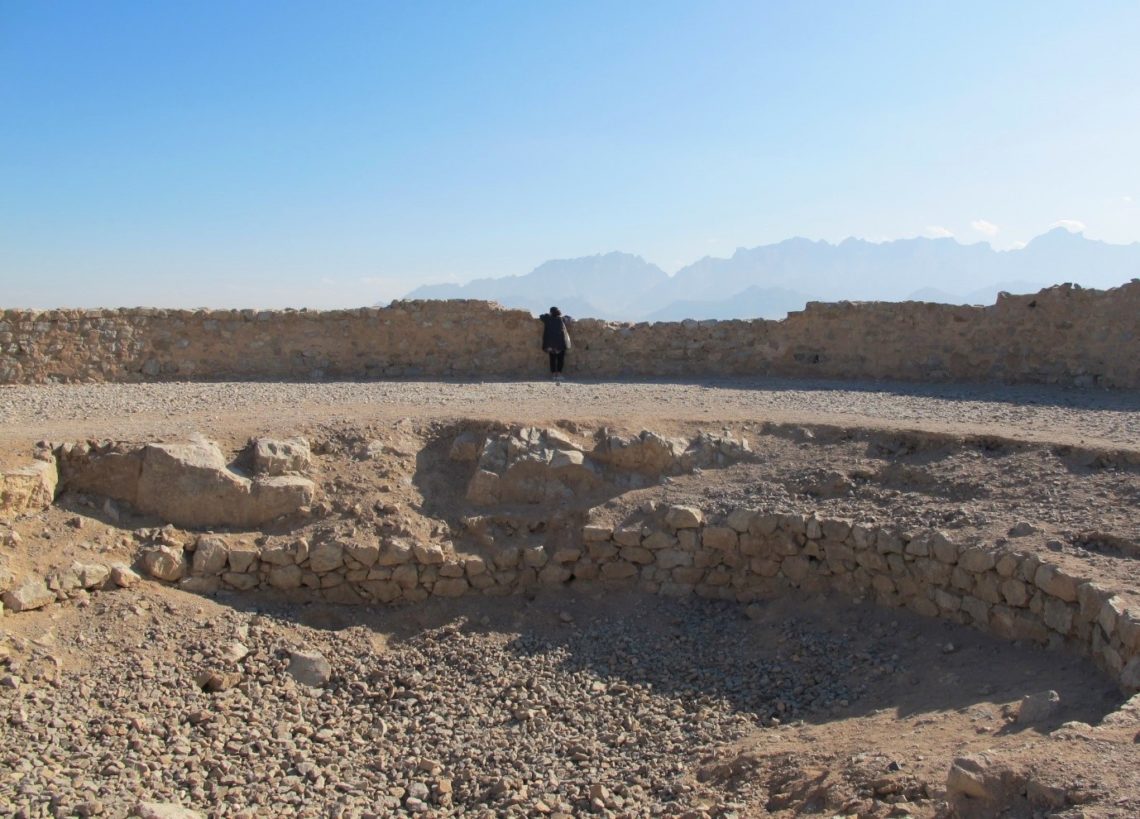 Pit at the top of the tower

The Towers of Silence were once used as part of the Zoroastrian tradition of leaving their dead on top of a small, man-made hill, exposing them to the elements as an end of life ritual, rather than burying them in the ground. There are many billboards throughout the site in both English and Persian, so you can read up on the history and significance of the old Zoroastrian site as you explore. 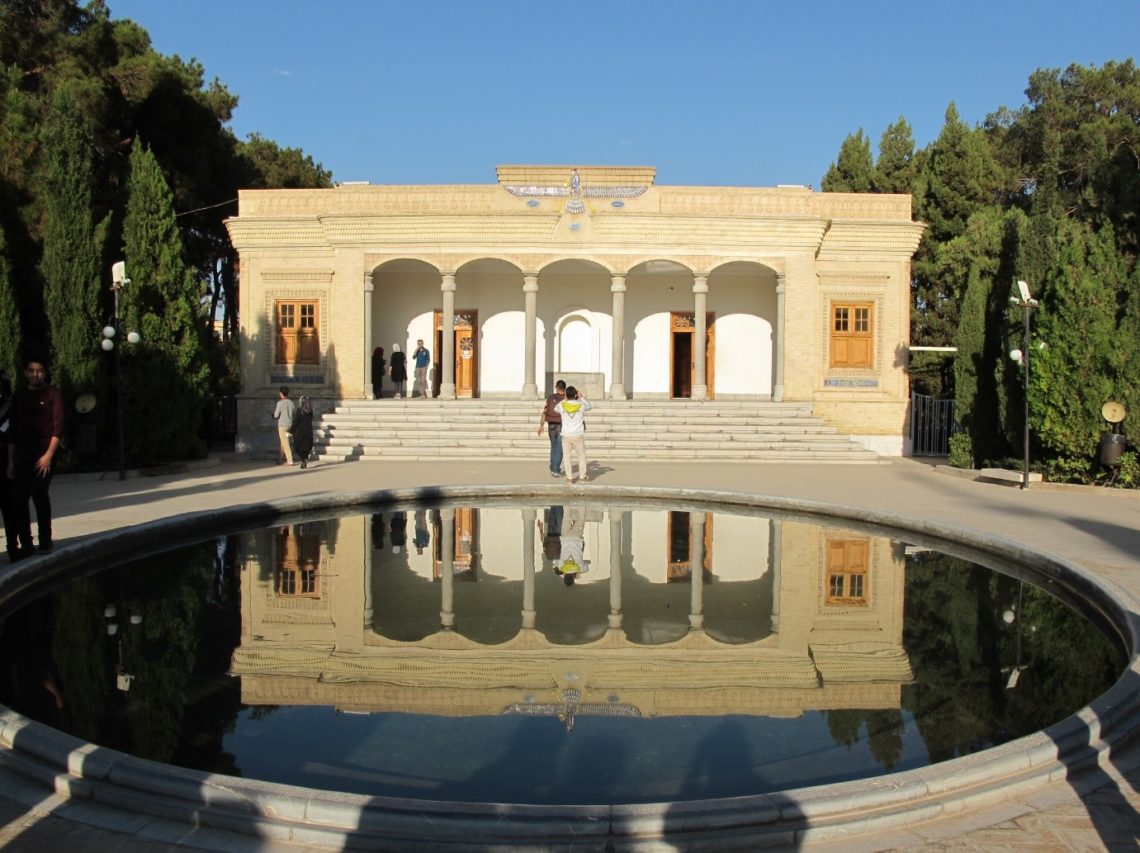 We spent a little under 1 hour exploring the Towers of Silence, then got a taxi to the Zoroastrian Fire Temple (“Atashkadeh”) back in the main town of Yazd. Temple opening hours can vary based on the time of year, so it’s worth checking before you turn up. The main attraction of the temple is, as the name suggests, the fire, which is believed to have been alight for over 1,500 years. There are also many artifacts of religious and historical importance on display in an adjacent building, as well as information on Zoroastrian beliefs for visitors to read.

Also check out: a Travel guide to Yazd

After the visit to the old Fire Temple, we headed to Jame (joh-meh) mosque. The mosque itself is architecturally stunning with beautiful tile work and design, however having a guide will really transform the experience and open your eyes to the history and beauty of this magnificent building. 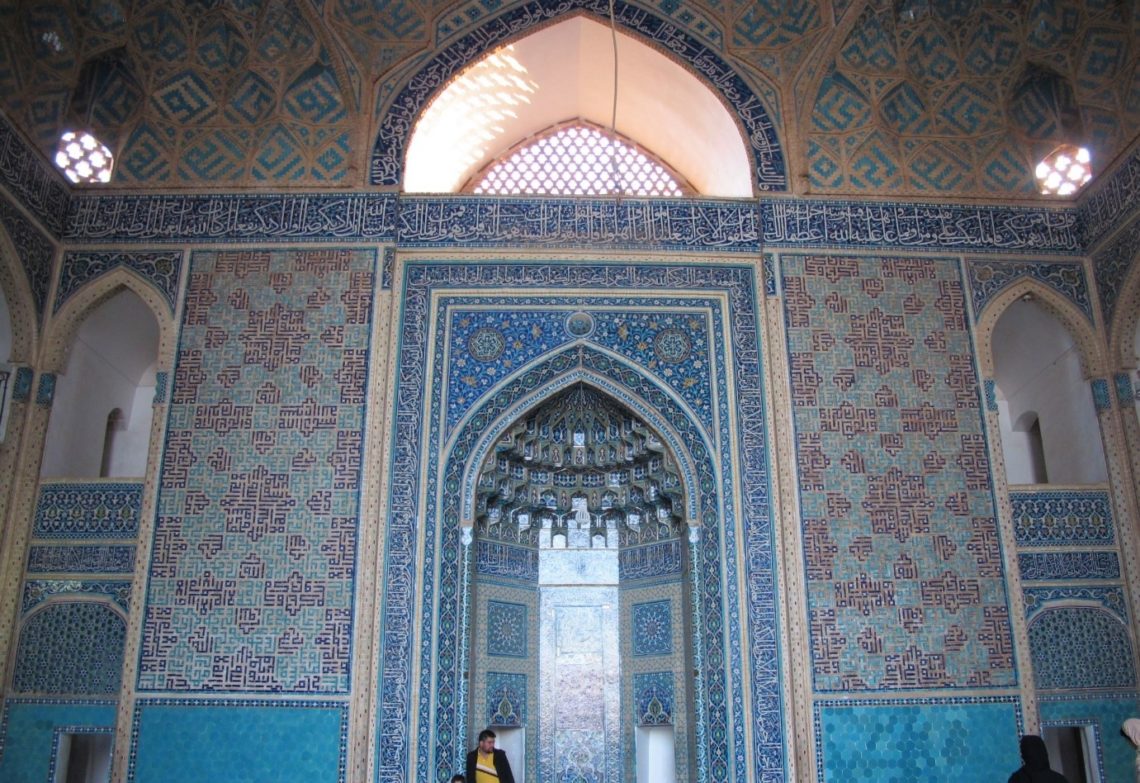 From there we walked to the historic city of Yazd – a UNESCO World Heritage site that has thus far escaped the modernization that often destroys the beauty and character of old cities and towns. The old city is a maze of narrow roads and alleyways, large courtyards, and mud-brick buildings. It is a living city, and as such you will find locals and tourists alike wandering through the streets. 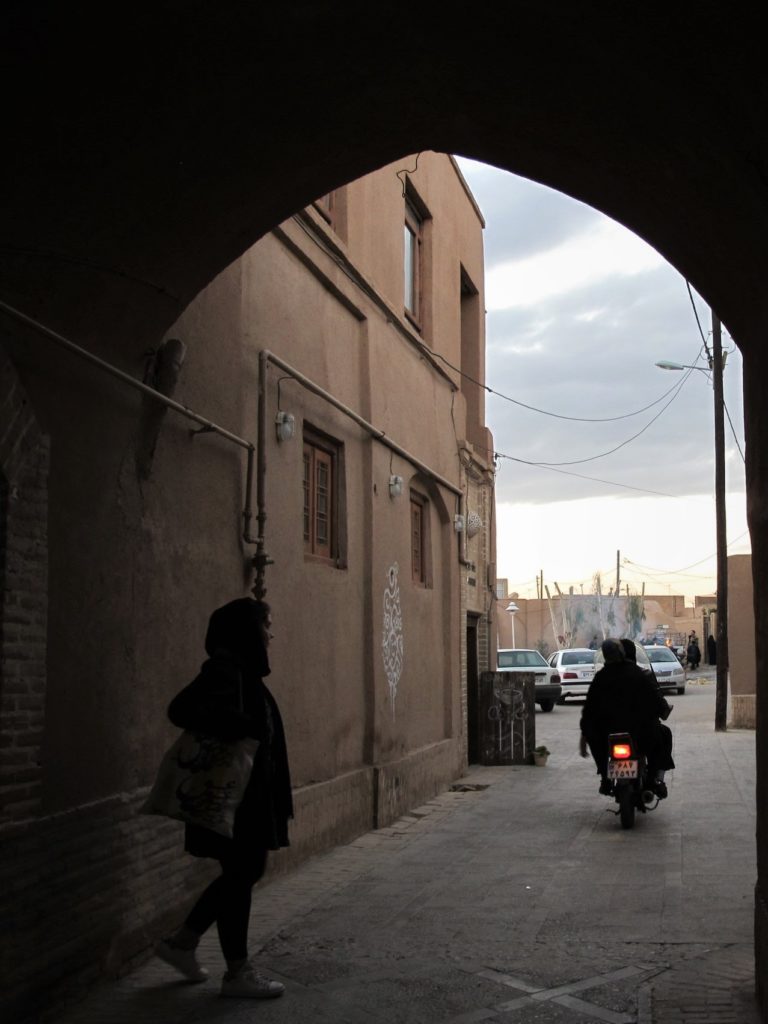 There are many cafes and restaurants to choose from, offering both traditional Iranian food and western staples such as pizza and burgers; some restaurants even have rooftop dining as an option, so you can eat and watch the small town move from above. We opted for a rooftop restaurant, overlooking a small square that hosted a small selection of shops and restaurants and enjoyed dinner and shisha as the sun went down.

Book the experience Pedaling Through Ancient Towns of Yazd. through 1stQuest.com

We decided to walk back to our hotel and passed Amir Chakhmaq complex on the way, stopping for a photo opportunity. It was beautifully lit up, with a large water fountain display out the front. On the square there were several casual eateries and shops, however, we didn’t stay around for long and continued our journey back to the hotel. Once back, we spent some time playing backgammon and drinking chai, before retiring to bed after a long day. 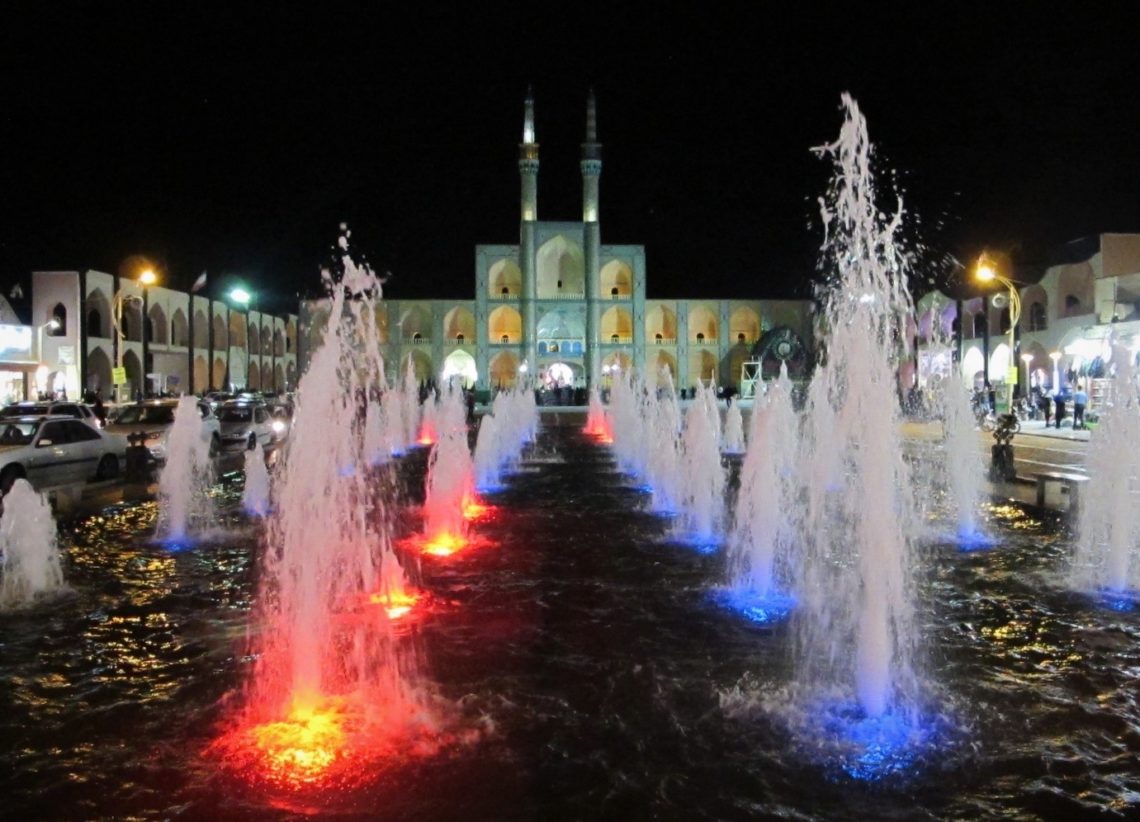 We woke up early on our second day, as we had organized with one of our taxi drivers from the day before to drive us to Chak Chak – an important Zoroastrian pilgrimage site located about 70 kilometers out of Yazd. The story of Chak Chak dates back hundreds of years; according to Zoroastrian belief, Nikbanou, second daughter of the Persian ruler Yazdegerd III, fled there under attack by an Arab army. She prayed to the Zoroastrian god for protection, and struck her stick into the mountain, causing it to open up and allow Nikbanou to disappear inside. Chak Chak means drip drip in Persian, referring to the constant drip of water from the mountain, which supposedly caused the stick placed there by Nikbanou to grow and become the ancient tree that remains there to this day. It took us about one hour to drive there, but it passed by quickly as we soaked in all the beautiful scenery of the mountainous ranges and vast land surrounding us. We spent a lazy 1.5 hours at Chak Chak, climbing the many stairs (read: many stairs!) and appreciating the stunning views along the way to the shrine, before heading back to Yazd.

You can book Yazd hotels easily through 1stQuest. 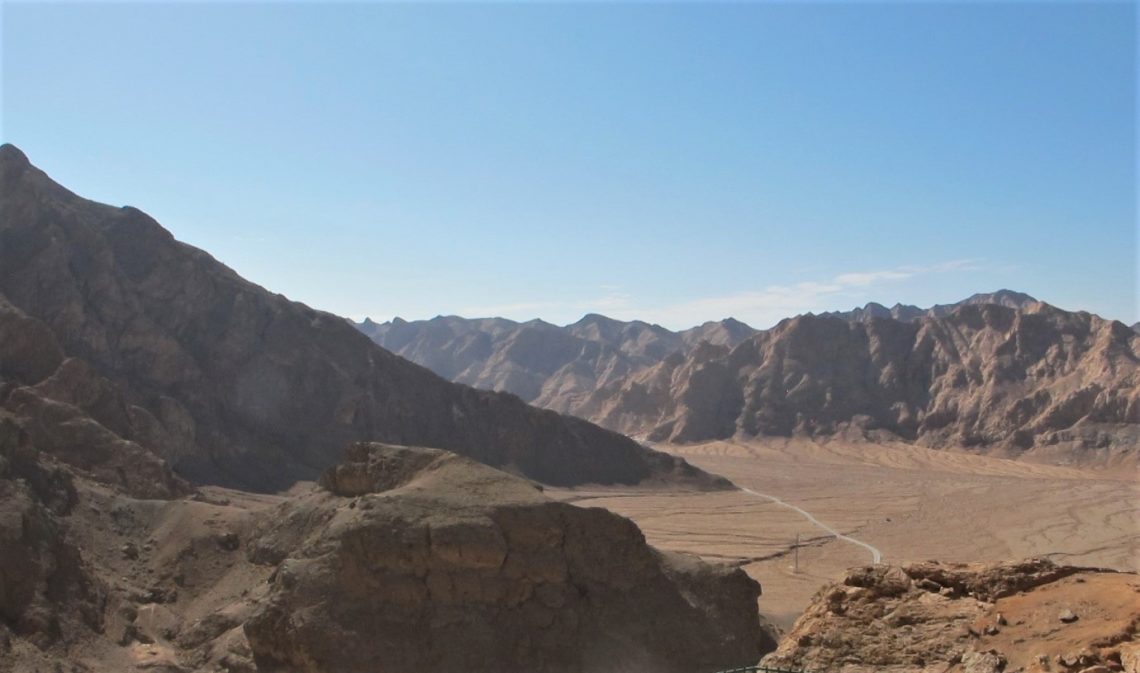 As we initially thought Chak Chak would take half a day to explore, we had a few hours to kill before heading off to the desert for our overnight stay, so we decided to head back to Old Yazd for lunch. We went to the same restaurant as the previous night, as the food was delicious, and did some souvenir shopping. Late afternoon we went back to our hotel, checked out, and got in the car to go to Haft Sang for the night – I was so excited!

The drive took approximately one hour, and after we checked in and found our shack, we ventured out to find a lone sand dune away from the hustle and bustle of the accommodation grounds. All that could be seen on the horizon was mountains and a seemingly never-ending expanse of sand, and we sat together laughing and joking, reminiscing on our time together in the beautiful province of Yazd. 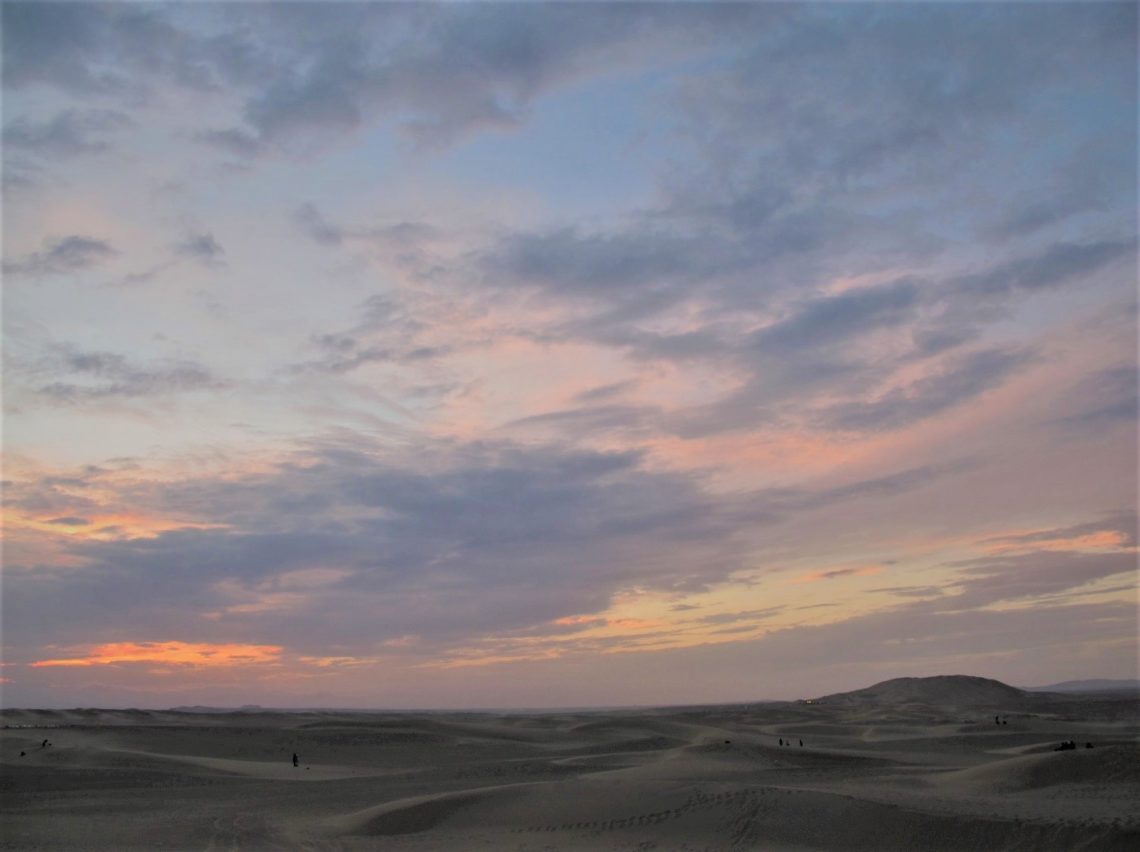 As the sunset over the dunes, the weather predictably cooled, so we got a warmer layer of clothes, grabbed some juje kebab for dinner, and soaked in the atmosphere while watching a group of young Iranians dances around a campfire. It was a wonderful experience and a memorable evening for our final night in Yazd. 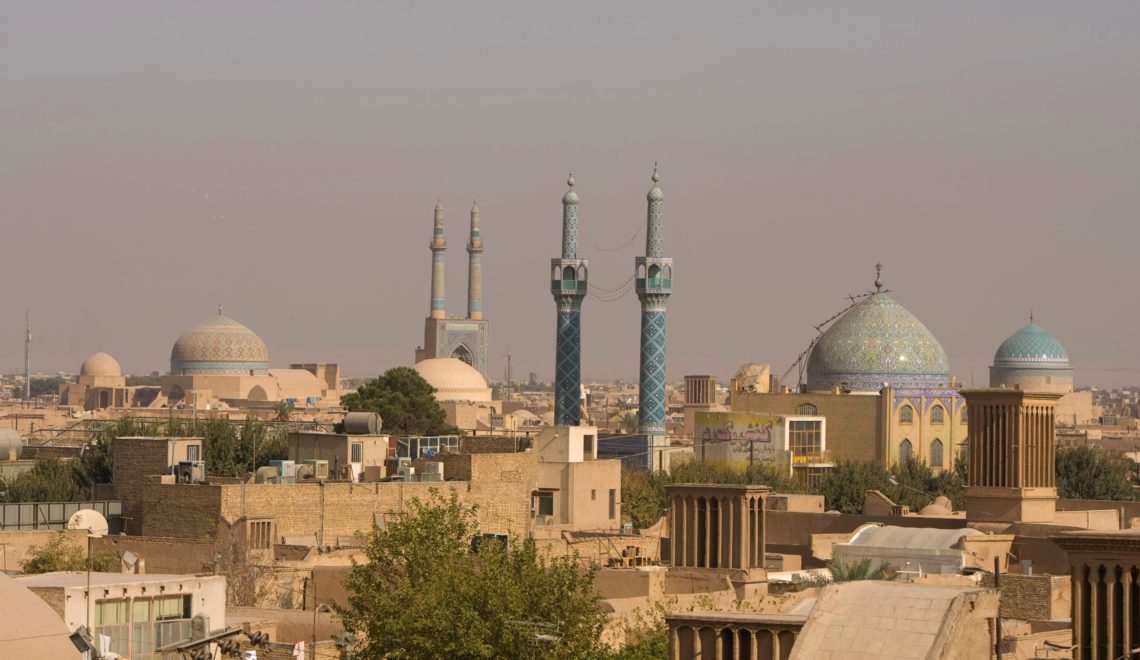 Iran in Depth, Travel Guides
Hotels in Yazd, The First Adobe City of the World 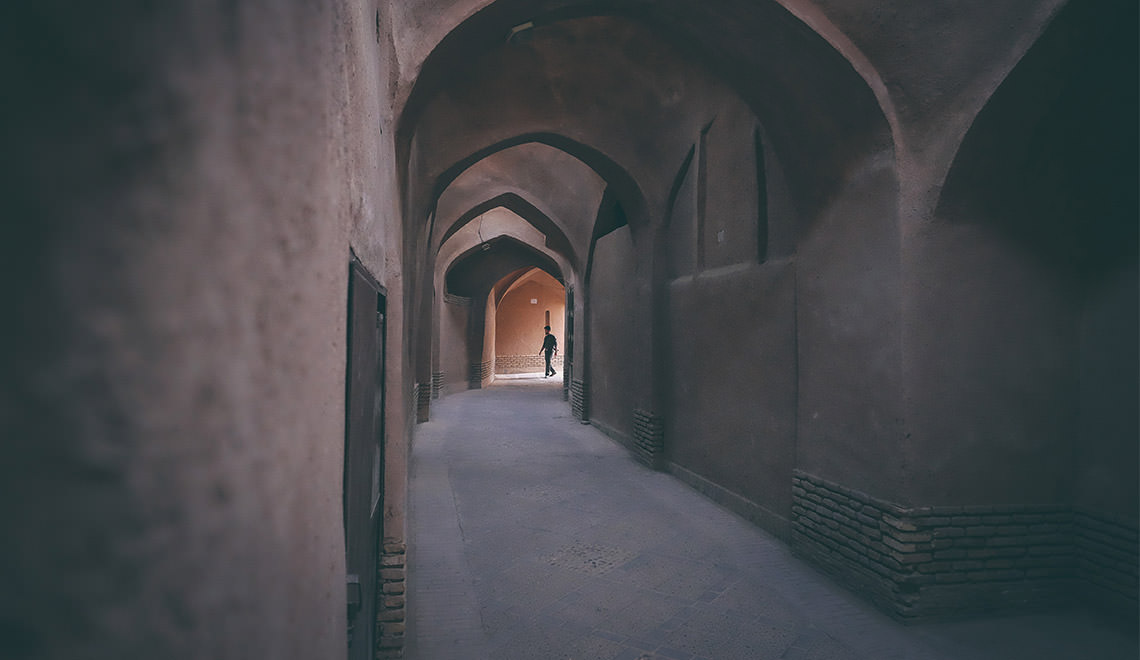