The central star of Iran’s cities and history is the wondrous city of Shiraz. The flagship of cities in Iran carries more than 3000 years of culture, poetry, art, history, and civilization on its shoulders and plays host to numerous local and international tourists annually.

Also known as the city of lovers, Shiraz is bursting at the seams with historical and cultural sites some of which long registered on UNICEF’s World Heritage Sites such as Takht-e Jamshid, Pasargadae, or one of the many Persian Gardens in Iran called the Eram Garden. Having so many names on the list of places-to-see in Shiraz makes coming up with a Shiraz itinerary a real head-scratcher, let alone if you’re planning to stay, let’s say, a whole week in this city that is a center stage for shows of Persian authentic lifestyle and unique culture.

Although many may say to you to dedicate your first day of Shiraz itinerary to finding a ride and going to Takht-e Jamshid and after that, Pasargadae, we have something completely different in mind. Since day one means that you’re full of energy and the hype of traveling to Shiraz is still boiling in your veins, we suggest you give the old market of Shiraz a try during the first day. 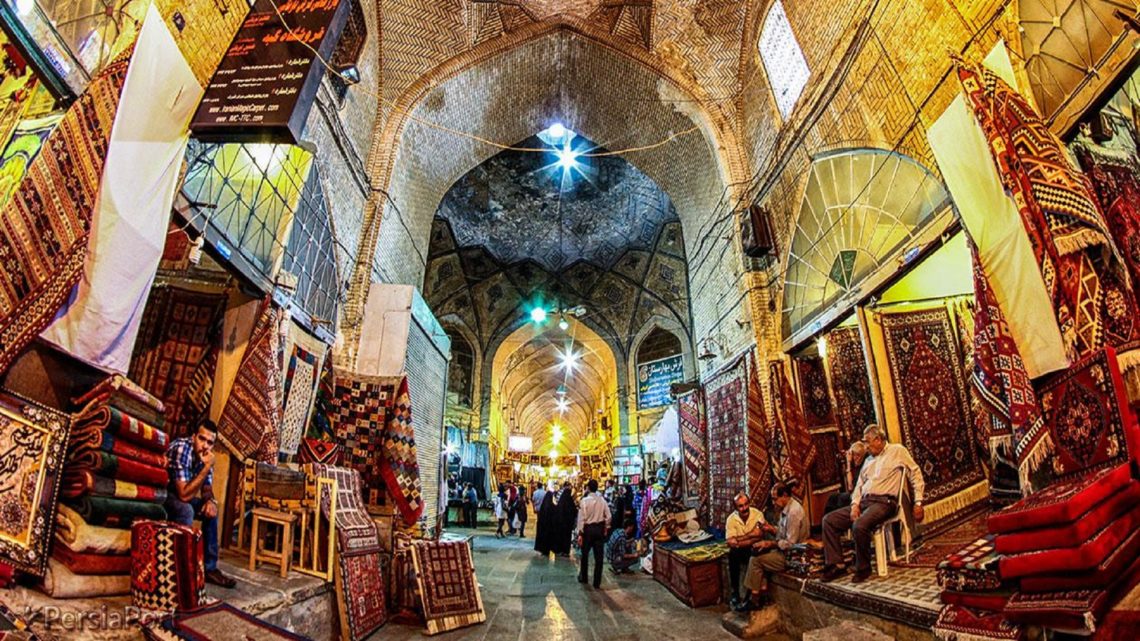 The best place to buy your Iranian souvenir from, deep in the historical texture of Shiraz, is the grand Vakil Bazaar. Some say that this market place was built by the order of Karim Khan of the Persian dynasty Zand who was so fired up by the looks of another Bazaar like this one in the city of Lar (another historical city in Fars Province) that he ordered one to be built in Shiraz, back in 1759, to gather merchants and traders in one place.

Also check out: Shiraz in 3 days 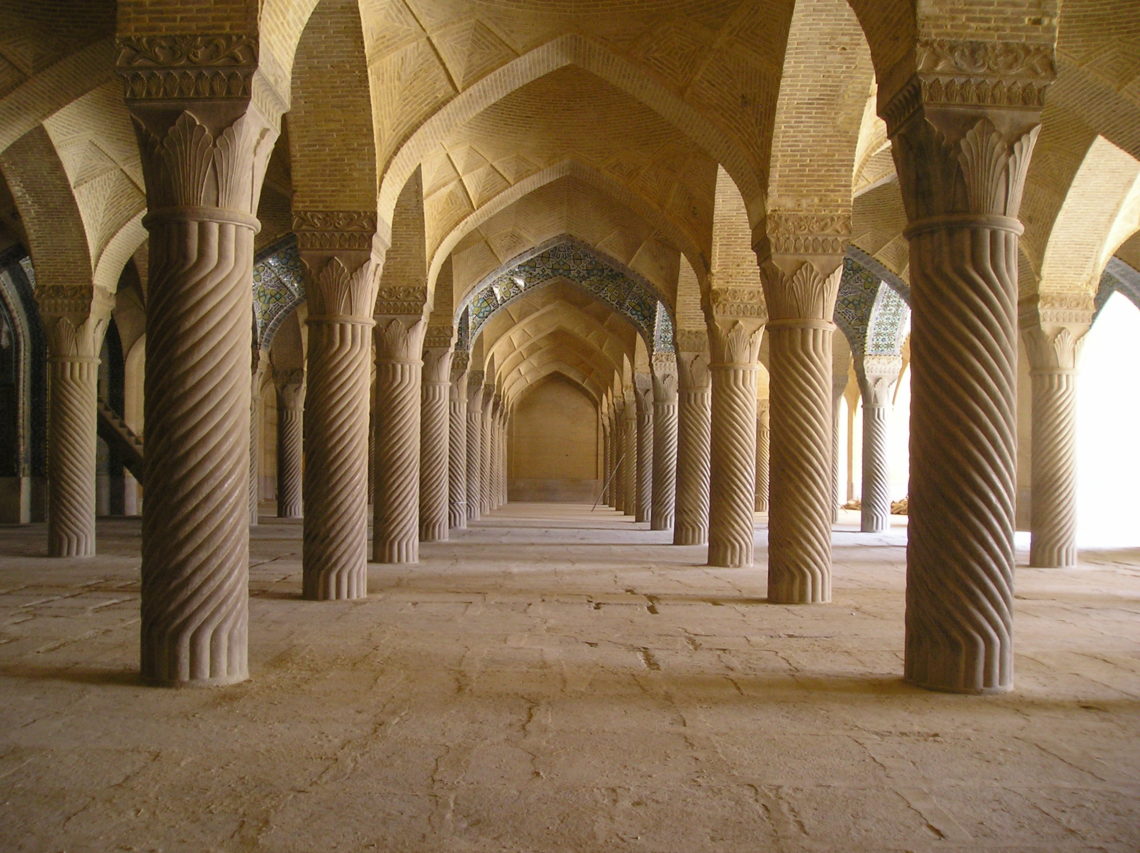 To fill the first day of your Shiraz itinerary, we have a bunch of moderately wonderful historical spots in mind. Same as the Bazaar, Vakil Mosque and Vakil Bath are also remnants of Persian glory and gorgeous architecture of Zand dynasty that are fairly close to the Bazaar. Both structures were constructed carefully and masterfully to be worthy of their names. To get you more excited, Saraye Moshir is another old Bazaar that is located close to the south-west of the Main Bazaar. 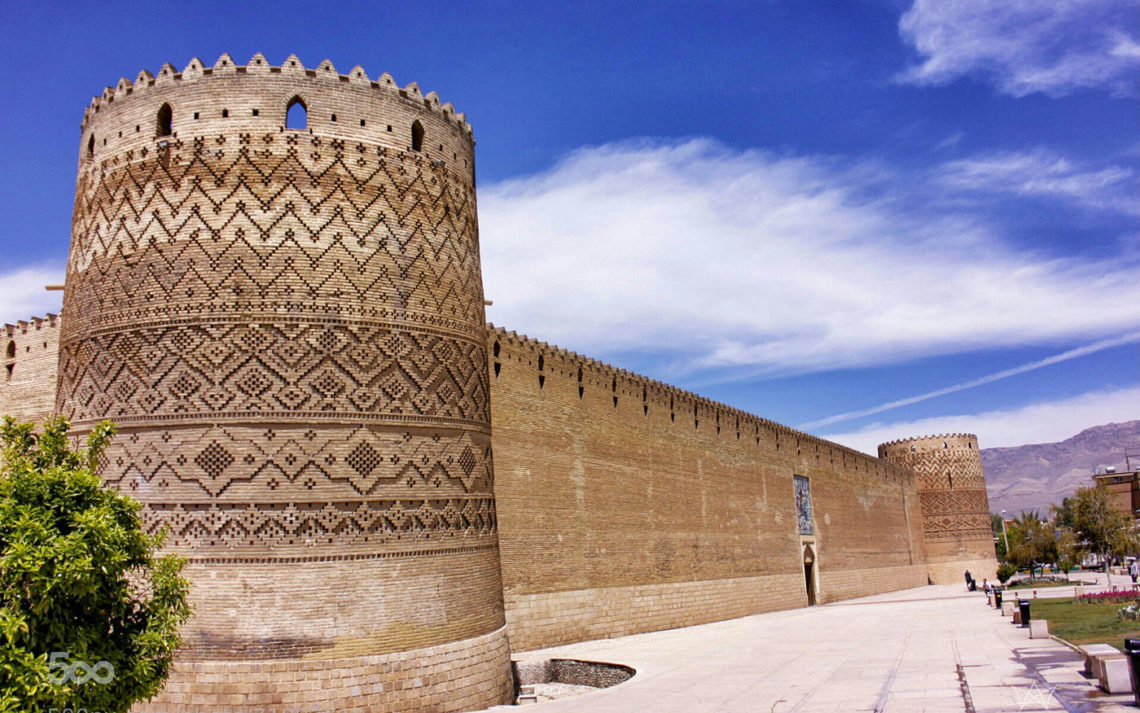 To sum up the first day of Shiraz itinerary, Arg of Karim Khan would definitely do. Tucked in the heart of the beautiful city of Shiraz, Arg is a magnificent small brick-walled castle that silently sits and watches the busy city life of the capital of Fars province.

This structure can be easily found at a corner of Shahrdary Sq close to Shiraz bazaar. The appearance of the building resembles a solid fortress entirely made from bricks with the military as well as residential functions. The construction of Karim Khan Citadel goes back to the second half of the 18th century when Karim Khan-e-Zand was ruling in Iran from Shiraz, his capital city.

The structure reminds you of the plain brick-made buildings of 11th and 12th centuries when Seljuk was ruling in Iran. The corner bastions are very robust and decorated with bricks. One won’t realize how delicate some of the details inside the building could be without exploring it. At the southeastern corner of the citadel, a bastion is leaning like it’s going to fall down! It’s been like that for years and has been reinforced to stand on its place. 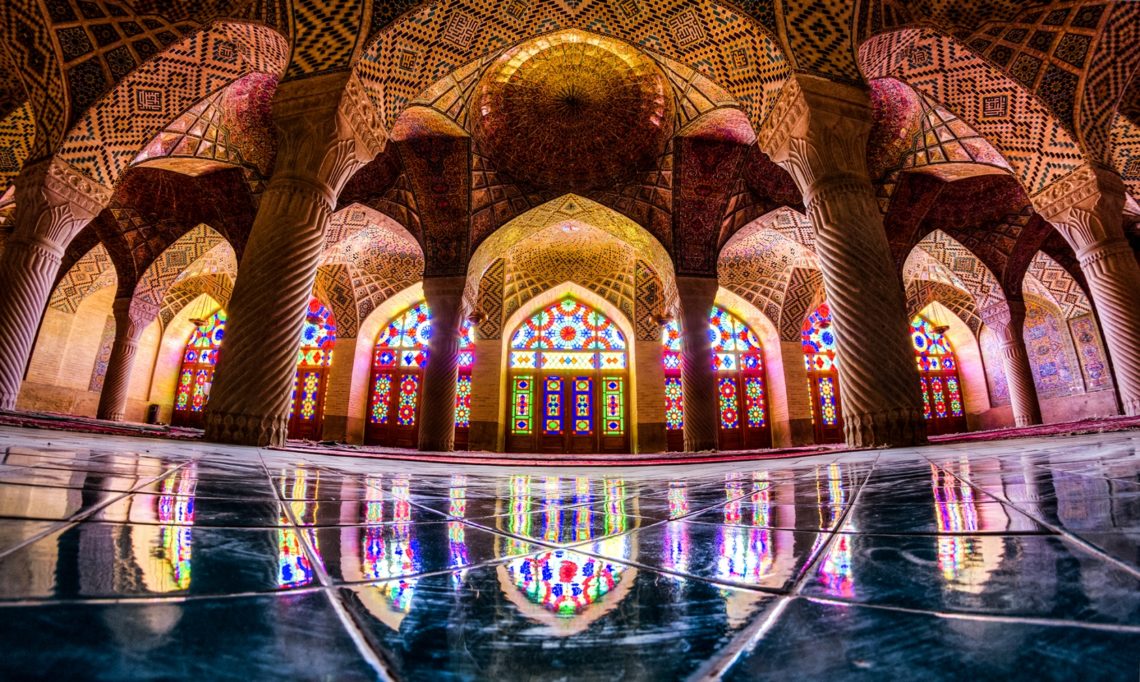 Now that you have a bit of taste of Shiraz, it’s time to let you ravish even more in the history of old Persia. On your second day of Shiraz itinerary, it’s best to start with spectacular rainbow-maker, the Nasir-ol-Molk Mosque and continue to the Shah Cheragh Mosque, a religious site for believers and pilgrims. 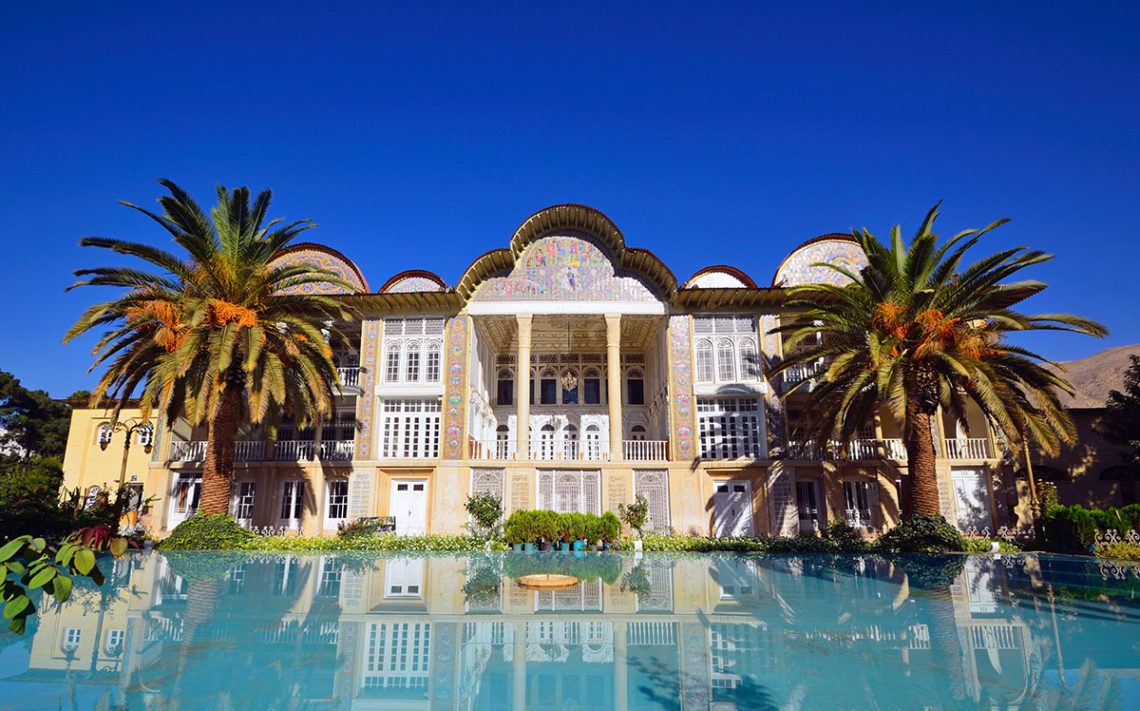 These two places will certainly take up a few hours of your time and before you realize it, it’s dark again and the second day of Shiraz itinerary is almost over. The brilliance behind the design and the framework of Zinat-ol-Molk House is so hypnotizing that it will make you lose track of time. Not to mention that a very famous Persian Garden & House is right next to it, the Narenjestan Qavam residence. 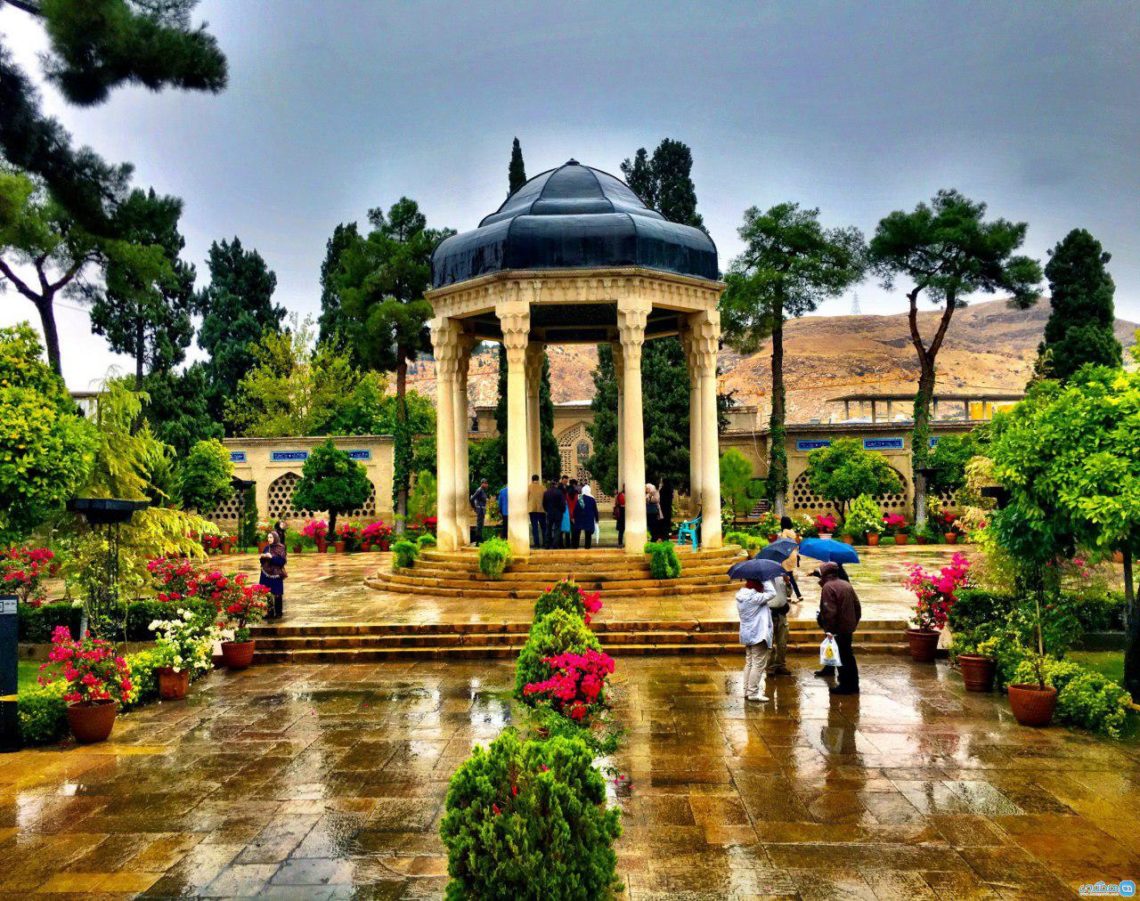 Almost halfway through our Shiraz itinerary for you. Days 3 is here and it’s time to see and feel the more poetic aspect of the city of lovers. As said before, Shiraz is the axis of gold Persian poetry and poets and that’s why we recommend you to visit the tombs of two well-known Persian poets, Saadi Shirazi and Hafez, on your third day of traveling to Shiraz. This is a spiritual journey you will never want to miss. 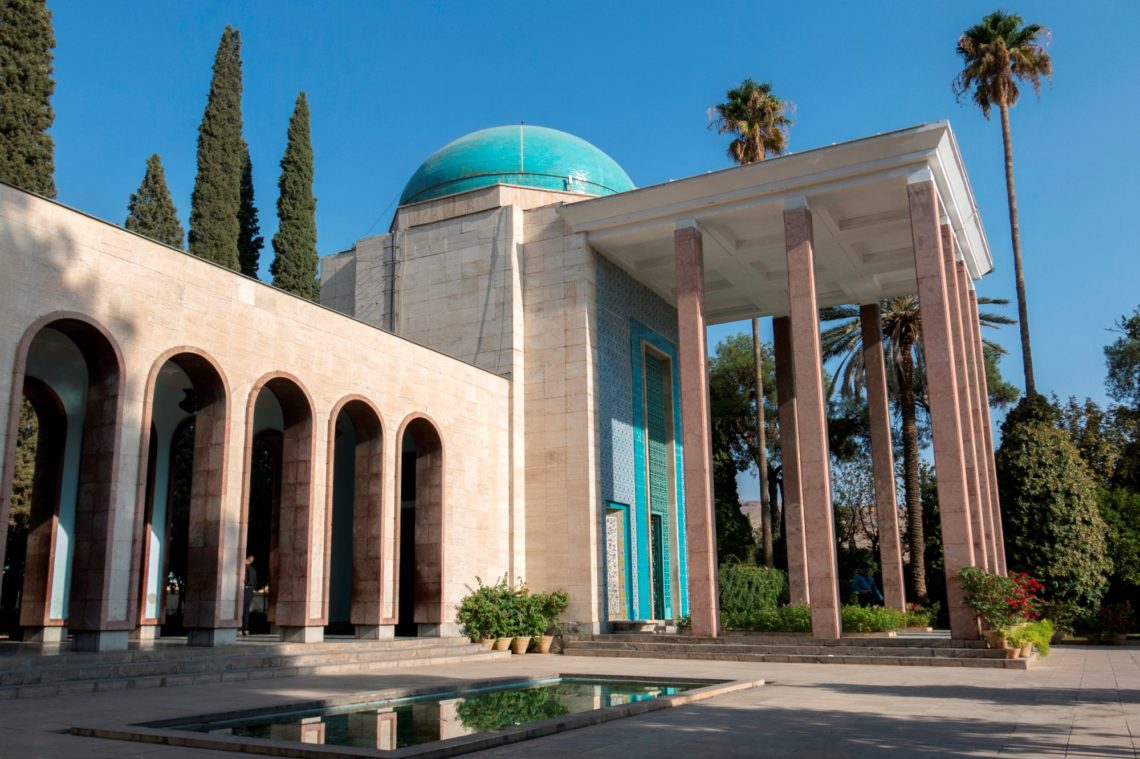 The worst weather in Shiraz equals the best time of Tehran or any other city in Iran for that matter. That’s why splendid and unparalleled Persian Gardens have flourished over centuries in Shiraz and still manage to blind every visitor with their beauty. To see more scenic Persian Gardens, make room for Delgosha and Eram Gardens on the fourth day of your Shiraz itinerary. Going for a walk in these two gardens can take for eternity. 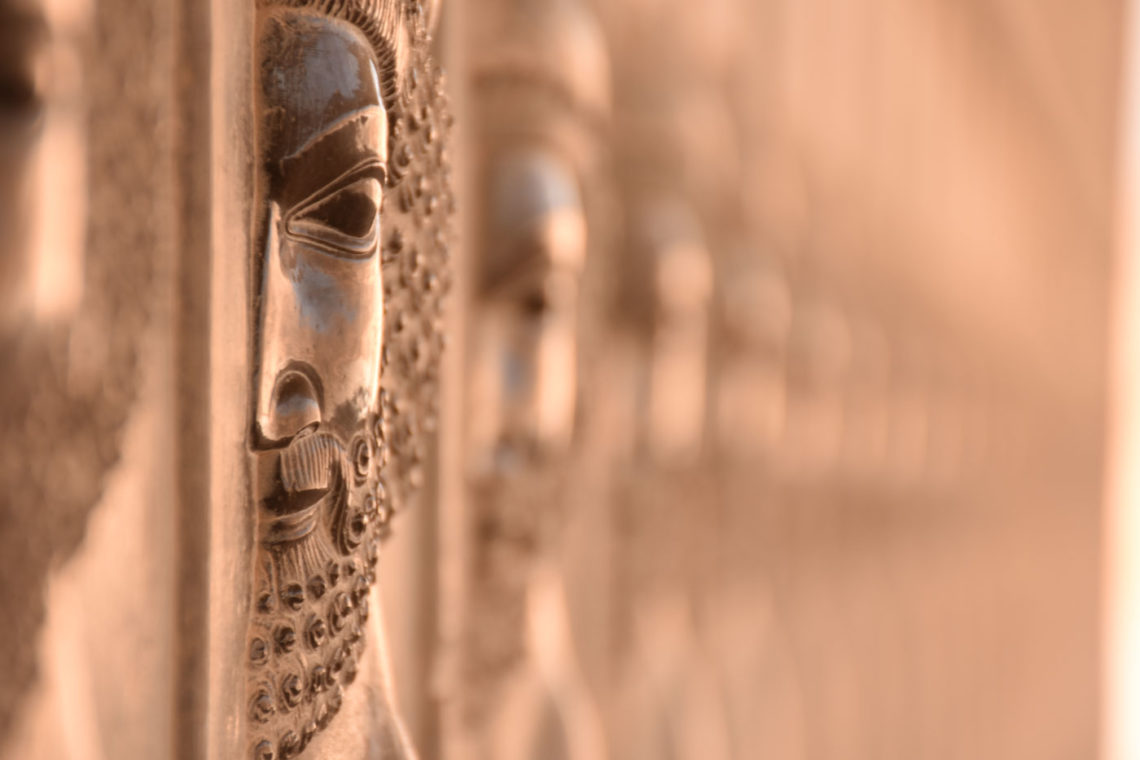 Enough with all the Persian Gardens and souvenir-shopping, today is about the real reason why almost everybody travels to Shiraz; to see the wondrous 2500 years old stony-structured phenomenon Takht-e Jamshid and the eternal lying bed of the father of old Persia – The Great Cyrus. We just hope you’re lucky enough to visit these two sites on a clear day because you need to soak up every inch of view and history preserved in these two massive areas. 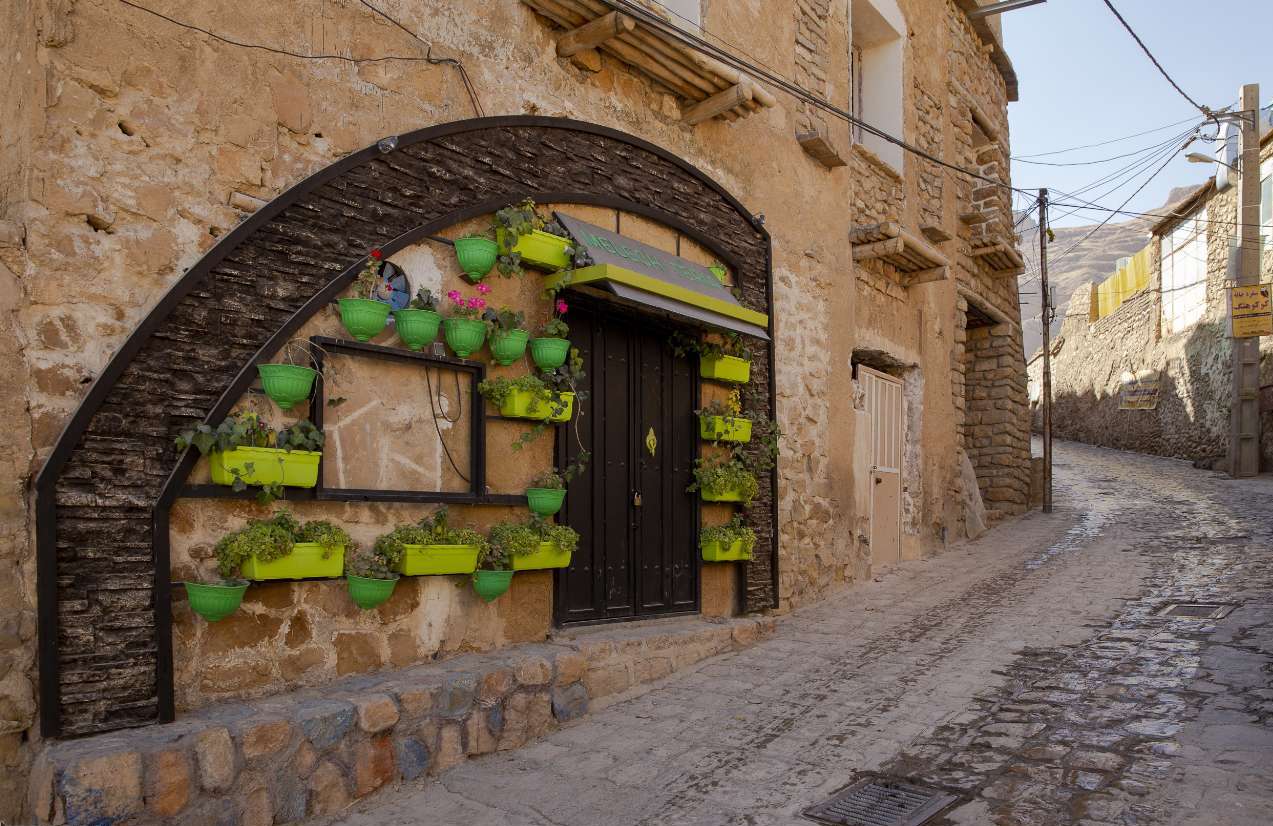 On day 5 of Shiraz itinerary, we highly recommend that you pack your bags and head into the rural nature surrounding the city and engulfing all of Fars province. Village of Qalat, the embodiment of heaven, colors up the face of outer city landmarks and drags tourist from all over the country and the globe to its heavenly lands. A hike through the towering trees of unending hues, from one side of the village to its other side, it’s enough to leave you exhausted and dreaming for the rest of the day and it’s no exaggeration to say: “A day well spent.”

Sadly, you are getting close to your Shiraz itinerary for a week and two more days is all that you got left. Fortunately for you, we have the best places in mind that won’t take a lot of your energy and time. Another celebrated Persian poem that ironically was not born in Shiraz but buried there is the Khawju Kermani. The tomb of the Khawju is built near the mountains with some restaurants across it and a fake waterfall just at the feed of the structure. Luckily, Khawju Kermani’s burial ground is not that far to the next destination we’ve picked for you. 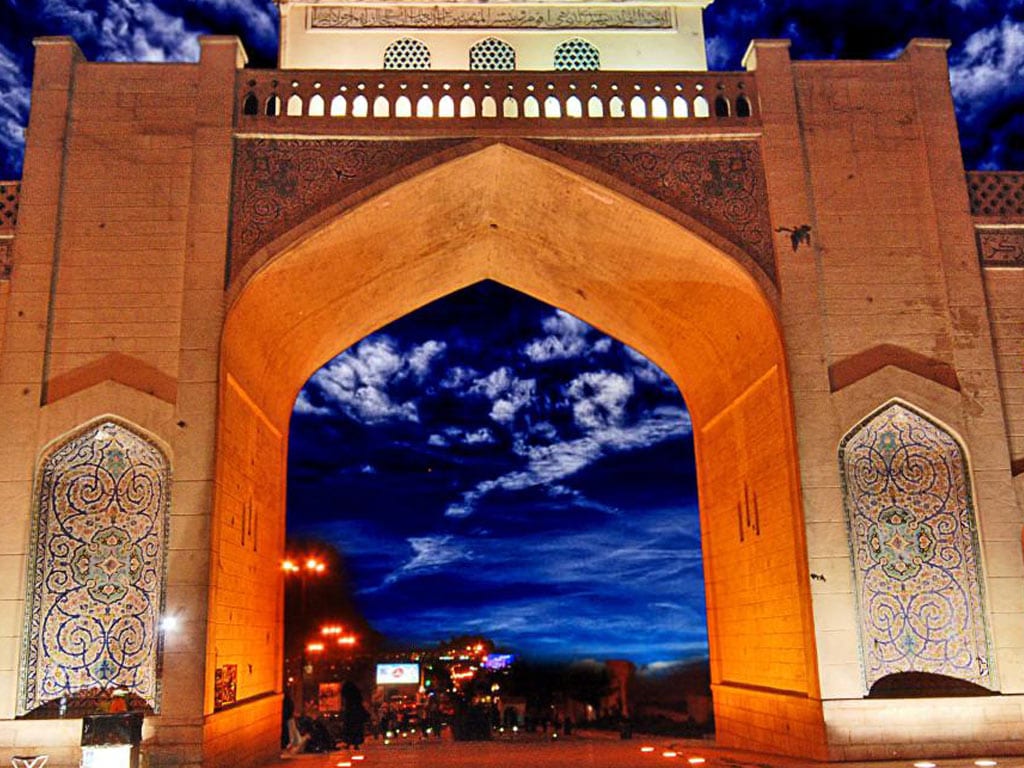 The former main entry gate to the city of Shiraz, the last place we have decided for you to see on the last day of Shiraz itinerary, is the Quran Gate. It’s buried deep in Persian culture that that to have a safe trip, any voyager should pass under the Quran so they will stay protected and healthy. However, today, Quran Gate, which many years ago a special Quran was placed on top of it, is more than a gathering spot for travelers to Shiraz or locals to enjoy their nights that are more brighten with all the light projection shows that cover the face of the monument in poets of Hafez or color dances.

Touring Through The City

Well, what did you know? It the last day of Shiraz’s itinerary and your time to roam around the most excellent city in Iran is almost up. For this day, and because you’re likely too tired to be in the mood to go too far away from your hotel in Shiraz, we figure that a short tour to some of Shiraz’s major shopping malls like Persian Gulf Complex or Setareh Fars Shopping Center. These huge modern shopping centers are equipped with the latest comforts and shops for everyone to enjoy a day shopping and having fun. If you felt like that you could still go out for a walk, we think that it’s better to go on Ghasr-ol-Dasht street and enjoy the carefully balanced combination of modernistic houses neatly placed along a line beside the street and the fascinating and green gardens that are everywhere in Shiraz.