They belong to the land and are always on the run. Nowhere is their home and day live under the sun. Yes, I’m talking about the proud nomadic tribes in Iran who are the symbol of patriotism and the way of Persian warrior. Although facing many challenges of the modern world, many nomadic tribes in Iran still refuse to give up their life on the go and settle down as many have done before.

In the 21st century, this kind of behavior can only show us that these people are so dedicated to their way of life and so bound to their beliefs that nothing, even the glamorous shiny lights of the big cities and their contemporary lifestyles can shake their will. Iran nomadic tribes, at the beginning of every winter or summer, pack up their whole belongings and lead their flocks to the warmth of their summer resorts and vice-versa, in search of better living conditions and suitable lands. Iran has a vast diversity of nomadic tribes and ethnicity and that makes describing them time-consuming and complicated. For these reasons, in this piece, I’m going to focus on the most famous ones and how and when you can visit them. you can get your Iran visa easily through 1stQuest.

Present on every page of the history book 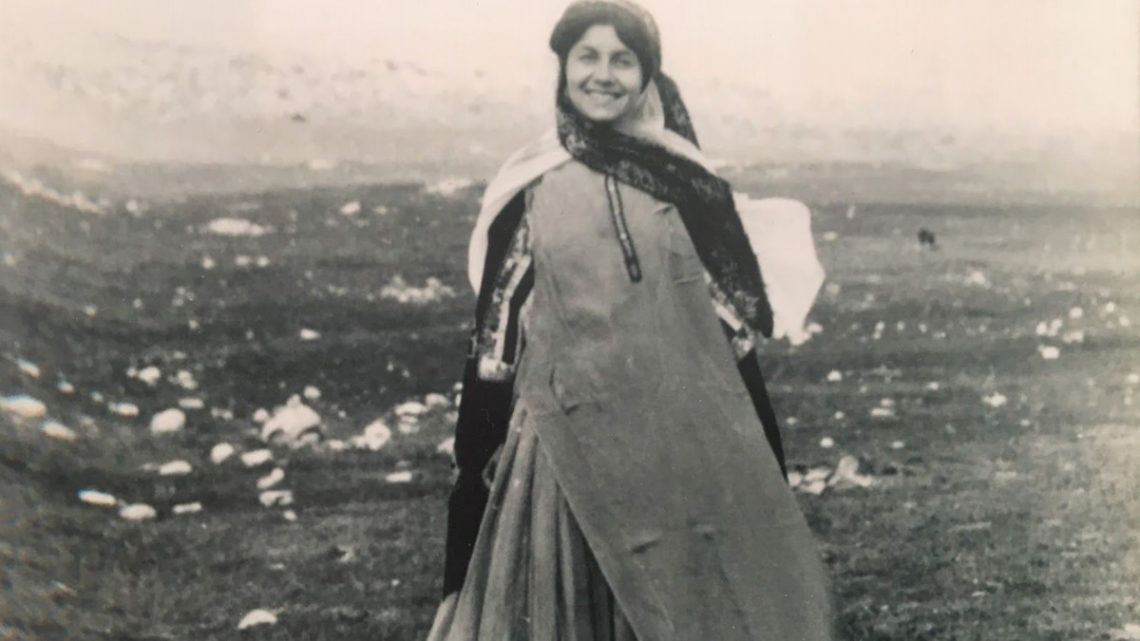 Harsh winters and blazing summers are the main reasons for migrations and the existence of nomadic tribes in Iran. Centuries before the birth of Christ, the nomads of Iran had been roaming the mainland of Iran’s plateau tirelessly and probably centuries after the big cities are gone, their lifestyle will be the only one that lives on. Nomadic tribes in Iran have had a tremendous impact on Iran’s history, both political and social. As an instance, the Bakhtiari tribe had an enormous impact on Safavid dynasty (almost 600 years ago) and Afsharid dynasty (roughly 400 years ago) with their sphere of influence spreading through most of Iran’s central and western regions.

Also check out: Is it safe to travel to Iran?

Few In Numbers But Strong in heart 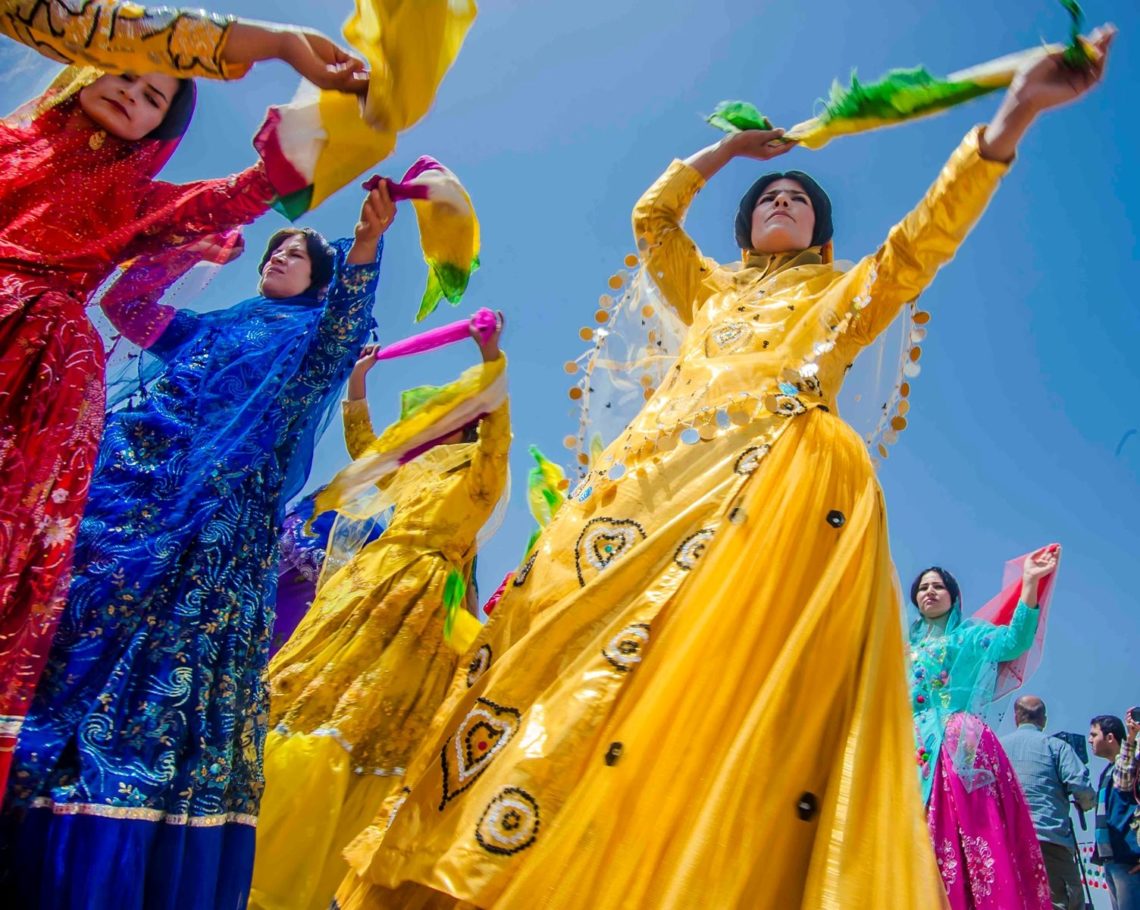 Only a century ago, the population of full-time nomadic tribes in Iran was around two million people, one-fourth of the total populations. Today, the latest polls show that roughly 1.68% of the total population are full-time nomads, around 1.2 million people. This means that Iran has one of the biggest nomadic populations of any country, together with Asian countries such as Kyrgyzstan or Mongolia. Despite the declining numbers and the modern lifestyle taking away the youth from the tents and the hardship of living as a wayfarer, nomadic tribes in Iran are positively known for their hospitality, generosity, and use of distinguished dresses and colors.

Also check out: 9 General Issues to Consider before Traveling to Iran

The Most Famous Nomadic Tribes of Iran

Some of the well-known nomadic tribes in Iran are the Bakhtiari and the Qashqai tribes with more than 300 thousand nomads between them. The rest of the tribes like the Shahsavan tribe, Mamivand, and others have less than 50000 people living the vagabond lifestyle.

The first on the list of nomadic tribes in Iran. The Bakhtiari are excellent craftsmen and masters in creating artistic handicrafts out of some very basic sustainable resources. The gorgeous handwoven cotton, silk, and velvet have brought the Bakhtiari people the award of excellence from UNESCO. The Bakhtiari tribe, a subgroup of the Lurs, are one of the most symbolic Iranian nomadic tribes. They speak the Luri language with a Bakhtiari dialect. The Bakhtiari tribe is divided into to the Chahar Lang (The Four Shares) and Haft Lang (The Seven Shares), each divided into more subgroups. During summer, the Bakhtiari tribe can be located in the highlands of Zagros mountains. Provinces such as Kohgiluyeh and Boyer-Ahmad, Chaharmahal and Bakhtiari, and even and some parts of Isfahan play host to this magnificent and prideful tribe at different times of the year. When winter hits, the Bakhtiari reside in Khuzestan. Their vast migration route shows us how far this Iranian nomadic tribe had to go to find suitable lands and their influence on different lands inside Iran.

There are some migration tours in Iran for tourists to get closer to the Bakhtiari people and get to know their value and culture. Over the course of a few days, you can join Bakhtiari families in the Zagros mountains and literally put yourself in their shoes. you can book live with the nomads’ tour in Iran through 1stQuest. 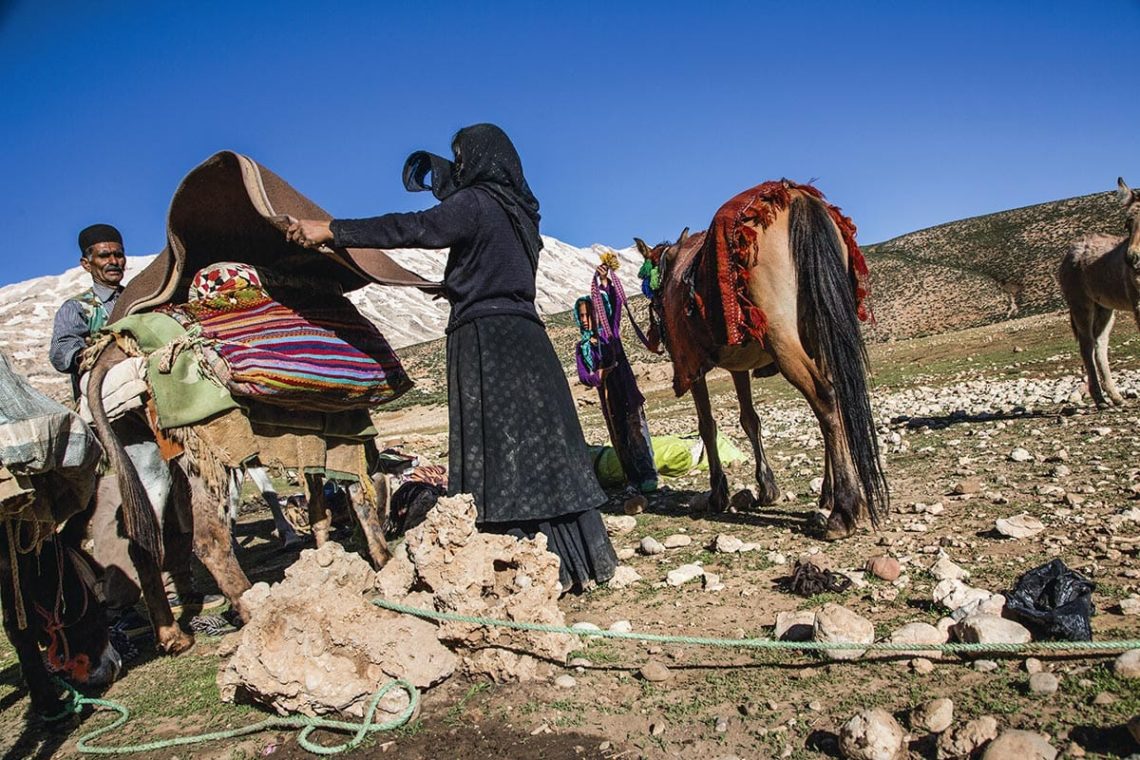 The Qashqai nomads are the happiest nomads you will find in mountains or flatlands. Taking pride in calling themselves ascendants of Turks, the Qashqai take the second place in Iran’s most populated tribe list. It’s believed that this tribe, before migrating to Fars province, first settled in the northwest of Iran, after walking down through the northern borders of Iran during the 11th century.

Like any other Iranian nomadic tribe, flocks and cattle-breeding is the main source of income for the Qashqai.  From these animals, they get meat, cheese, and milk and they also sell the newborns at the markets of the different cities. Nevertheless, many Qashqai people are happy with this lifestyle because they are very proud of continuing a tradition which has been going for many generations. Qashqai families include Dareshuri, Farsimadan, Sheshboluki, Amaleh, and Kashkuli families.

The Qashqai marriage ceremonies are a must-see site. While in major cities, marriages resemble those in the west, this old traditional nomadic tribe in Iran still holds to its costumes and traditions. Qashqai marriages are an all-invited ceremony with a lot of space and time for the people to dance and sing and show off their best traditional dresses. Sometimes finding a piece of black clothes in Qashqai-women dresses is a challenge and they dance gracefully in their colorful traditional clothes.

Also check out: The worst & best time to visit Iran

Each Family is a Part of The Bigger Family

“Family” is all that matter to nomads of Iran. Nomadic tribes in Iran function as a big family subdivision into smaller families, each tasked with certain activities. A tribe has many duties to accomplish and in order to that, all families need to work closely and effectively too keep the tribe alive and going. Protecting the flock, cooking, setting up tents, and taking care of children are just some of the duties each family needs to do. Marriage is a very important tipping point in nomadic tribes in Iran and those who don’t want to get married are under a lot of pressure. For Iranian nomads, having many sons is considered as a blessing since boys do much of the heavy work.

Also check out: What you’ve never heard about Iran

When to see Iranian nomadic tribes?

The migration routes that nomadic tribes in Iran take to go from one area to another are not easy ones and visiting them requires you, for the most part, to leave your car and walk on foot. This isn’t a walk in the park. That’s why the best time to visit them by yourself or through a travel agency, is the beginning of the warmers seasons in Iran. To be exact, the best time to see the nomads is between May to October. Despite the tough lives that Iranian nomads are leading, they gracefully welcome any visitors and surprise them with their broad smiles. Life on the road and the harshness of wilderness has only given these more reasons to be happy and enjoy their life; something you can tell by their looks and can’t easily find on the face of any city slicker.

Also check out: a guide to Iranian hospitality

1sQuets’s special “Live With The Nomads” tour offers you a day of experience the life of an Iranian nomad. In 24 hours, you will live life as they do and try a hand in cooking and doing daily routines with authentic nomads. No TV, microwaves, cars or highly advanced digital gadgets, back to basics.