Grief over the deaths of 176 people killed– mostly Iranian-Canadian, Ukrainian, and Afghan –when their plane came down outside Tehran had conquered the hearts of Iranians over the country after the government admitted that the Iranian military had shot down the airliner “unintentionally”, and promised an investigation.

Early on Wednesday 8, Jan 2020, when everyone was chasing the news of Iran’s retaliation over the US’s assassination of Gen. Ghasem Soleimani, the Ukraine International Airlines Flight PS752 crashed minutes after it took off from Tehran’s Imam Khomeini Airport. Right after the accident, aviation specialists started theorizing over the possible reasons for the crash, mostly revolving around the technical failure and engine fire as the most viable options. But as the time passed, the release of witness accounts including amateur footages and photos directed the attention towards the possibility a missile shot down. However, Iranian authorities ruled out all such theories and cited technical problems with the aircraft. They stated that the flight path in the last two minutes had shown the pilot’s attempts to fly the plane back to the airport, and saw it as a sign of a possible technical problem. 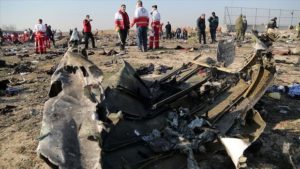 Three days after the crash and releasing mixed shreds of evidence and statements, the Islamic Republic of Iran admitted that the missiles had struck Ukraine’s Boeing 737-800 minutes after it took off from Tehran. Some military authorities blamed human error for the accident and stated that the plane had taken a sharp, unexpected turn that brought it near a sensitive military base. However, according to Gen. Amir Ali Hajizadeh, commander of the IRGC’s airspace unit “the plane was flying in its normal direction without any error and everybody was doing their job correctly”. He added, talking on a televised news conference, “If there was a mistake, it was made by one of our members.” He said, “When I was certain that this incident had occurred, I truly wished death upon myself, because I’d rather have died than witness such an incident. 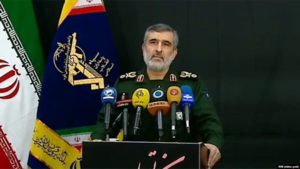 Outside Iran, some countries including Canada, Ukraine, and Britain called Tehran’s admission an important first step. Meanwhile, some observers appreciated the first step and, according to Guardian, made comparisons with Russia’s still unacknowledged role in the downing of flight MH17 over Ukraine in 2014. Ukraine President Volodymyr Zelenskiy stated “the morning was not good today but it brought the truth”, and urged for “a full and open investigation”.

Inside Iran, however, people were heartbroken and angry. Millions of Iranians used social media platforms like Instagram and Twitter to vent their anger and melancholy. A large crowd of students and citizens gathered outside Amirkabir University in downtown Tehran, as well as numerous places in other cities, for a candlelight vigil, before starting chanting against the authorities such as “resignation is not enough, a trial is needed!”

Learn more about conflicts between the US and Iran

The authorities tried to make people calm and promise the situation will never happen in the future. In a statement of his own, Iran’s foreign minister, Mohammad Javad Zarif, tried to place some of the blame on the United States, saying on Twitter that the disaster was “caused by the U.S. adventurism.” President Hassan Rouhani said also on Twitter: “The Islamic Republic of Iran deeply regrets this disastrous mistake. My thoughts and prayers go to all the mourning families. I offer my sincerest condolences.” soon after the military released its statement. He offered condolences to the victims’ families and said investigations were underway. The military said the person responsible would face legal consequences. Also, the military authorities promised they would undertake “major reform in operations of all armed forces” to make sure that such an error never happened again.